KATHMANDU, Sept 12: In a dramatic move, a member of the high-level probe committee formed to investigate the rape and murder of Nirmala Panta, has withdrawn his resignation from the probe, stating he has received assurances from the home minister, the home secretary and the police chief of support for independent investigations.

Organizing a press meet at the Home Ministry on Wednesday, Birendra KC said that he decided to resume his responsibilities as a probe committee member after the home minister and the probe committee coordinator expressed their commitment to finding and punishing the guilty.

“After feeling persuaded over the ministry's intention of finding and punishing the real culprit, which is my intention as well, I decided to resume my responsibility as a probe committee member, and I also feel that my involvement in the probe rather than my resignation will help ensure justice in the case,” said KC at the press meet.

Nirmala Panta, a 13-year-old schoolgirl in Bhimdutta Municipality of Kanchanpur district, was found raped and murdered 49 days ago. She had been visiting a friend's home. Police have so far failed to trace the culprit, and the victim's family and locals suspect a cover-up.

KC, a joint secretary in the government, had tendered his resignation from the probe committee on Monday, stating that he received a death threat. Asked about the death threat, KC said that on Wednesday an individual on a motorcycle told him that someone was killed in a truck hit at the very spot where Nirmala's body was found. “He cautioned me against walking alone while serving on the probe committee, and I understood that as a death threat,” he explained. “But now, the home minister and the police chief have assured me of total security and asked me to do my work from Kathmandu if I felt unsafe returning to Kanchanpur.”

KC had drawn the attention of the government, the Office of the United Nations High Commissioner for Human Rights (OHCHR), organizations championing human rights, media houses and political parties, asking them to ensure his personal safety. He also claimed that he decided to resign after he tried to meet the minister to share some crucial information but was denied a meeting. He realized now that it was only a miscommunication.

He, likewise, refuted his own previous claim that the probe would fail to find the real culprit.

“But I might come up with differing views over the conclusions of the probe committee report,” KC said at the press meet.

The probe committee had started its work on August 24 from Mahendranagar . Its deadline has been extended by another 15 days. 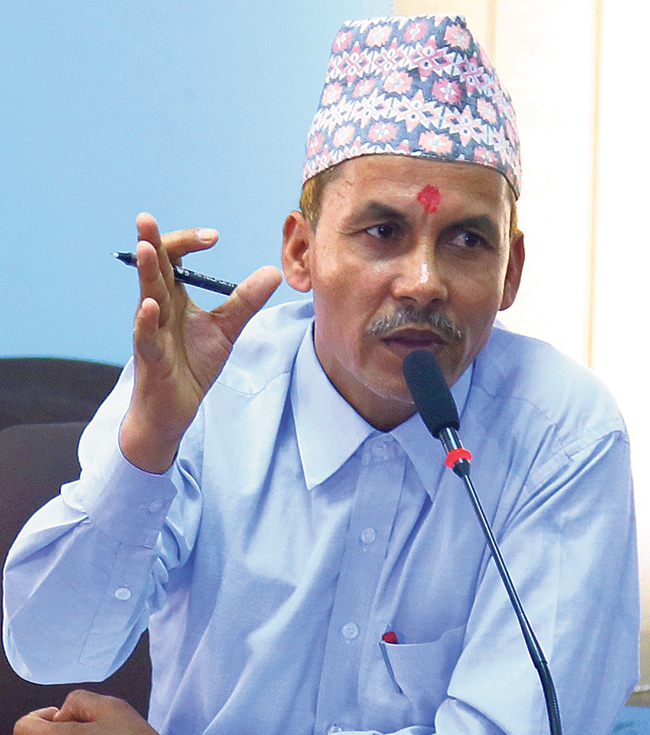 KATHMANDU, Jan 11: Considering his statement that  he is into healthy criticism of the court and also the   condition of... Read More...