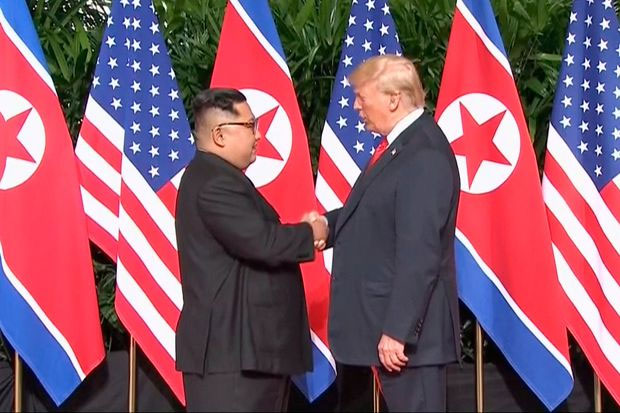 The two countries have been discussing North Korea’s nuclear programs since their leaders met in Singapore in June, although that summit’s outcome was criticized for being short on concrete details about how and whether Kim is willing to give up weapons that threaten the United States.

The likely timing of a second Trump-Kim meeting was unclear.

South Korea’s President Moon Jae-in is scheduled to have his third summit with Kim next week in Pyongyang, and his government had pushed for a three-way summit involving Trump, with the aim of agreeing a joint declaration to end the 1950-53 Korean War.

The conflict ended with an armistice, not a peace treaty, leaving the U.S.-led United Nations forces including South Korea technically still at war with North Korea.

While South Korea had hoped an accord formally ending the conflict could have been unveiled on the sidelines of the U.N. General Assembly later this month, Moon’s security chief Chung Eui-yong said last week, without elaborating, that the necessary conditions for a three-way meeting were missing.

Trump’s National Security Adviser John Bolton has also said he did not believe Kim would attend such a gathering.

Hopes of progress were revived however after Trump told reporters on Friday that a personal letter from Kim was on the way.

“It was a very warm, very positive letter,” Sanders said at Monday’s briefing.

“The primary purpose of the letter was to request and look to schedule another meeting with the president which we are open to and are already in the process of coordinating that,” she said.

Sanders told reporters the letter exhibited “a continued commitment to focus on denuclearization of the peninsula.”

She said a military parade in Pyongyang on Sunday was “a sign of good faith” because it did not feature any long-range missiles.

In South Korea, officials nurtured hope that next week’s inter-Korean summit could provide renewed momentum to nuclear negotiations, after last month’s setback when Trump canceled a visit to Pyongyang by Secretary of State Mike Pompeo due to a lack of progress.

South Korea’s President Moon is expected to present some proposal to Kim suggesting phased steps toward denuclearization and U.S. security guarantees including an official end to the Korean War. Moon could then discuss the idea when he meets Trump during the U.N. General Assembly meeting in New York later this month, South Korean officials said.

“In order for us to move toward the next level of dismantling North Korea’s existing nuclear weapons, the leaders of North Korea and the United States once again must have big ideas and take bold decisions,” Moon told a cabinet meeting on Tuesday.

“North Korea should abolish its nuclear programs, and the