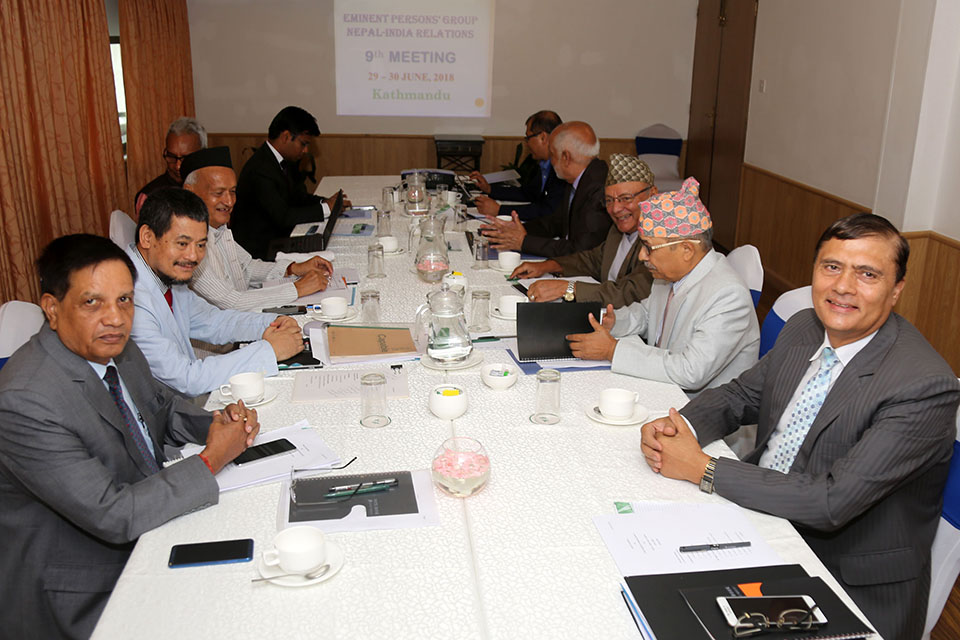 With the EPG members from the Indian side awaiting an appointment with Prime Minister Modi since the last two months to submit the report, Prime Minister K P Oli raised the issue with Modi on the margins of the fourth BIMSTEC Summit in Kathmandu, stressing the need to bring it into early implementation. However, according to Nepali delegate members present at the meeting, Modi conspicuously avoided the topic, even as he spoke at length on a range of other issues.

The discomfort lately observed in bilateral relations between Nepal and India, especially after Kathmandu's decision not to participate in the BIMSTEC disaster drills being held in the Indian city of Pune, has further increased apprehensions in Kathmandu that the EPG report will vanish into thin air.

Although the content of the report is yet to be officially made public, a section of Indian policy makers and strategic thinkers have already expressed their dissatisfaction over some recommendations reportedly included in the report. Media reports suggest that the EPG report recommends introducing a 'smart border' and replacing or revising the 1950 Peace and Friendship Treaty. The controversial treaty served as the basis of bilateral relations between post-Rana era Nepal and post- British Raj India.

Senior officials at the Ministry of Foreign Affairs (MoFA), however, suggest not to read too much into the delay on Modi's part in receiving the report. “Each country has its own priorities. Of course, the delay has created suspicions and even fueled speculation whether the Indian side was committed to implementing the report . What we must not forget is that the EPG can only make recommendations. It is up to the respective governments to review and implement them,” said an official who asked not to be named.

The ninth meeting of the EPG held in Kathmandu on June 30 had come up with a single joint report to be submitted to the prime ministers of both countries for their consideration.

The EPG was mandated to review all aspects of bilateral relations including the 1950 treaty, which Nepal considers “unequal” and undermines its sovereignty, and to recommend measures to improve the often fraught relations. Its two-year term ended on July 4.