To wear or not to wear 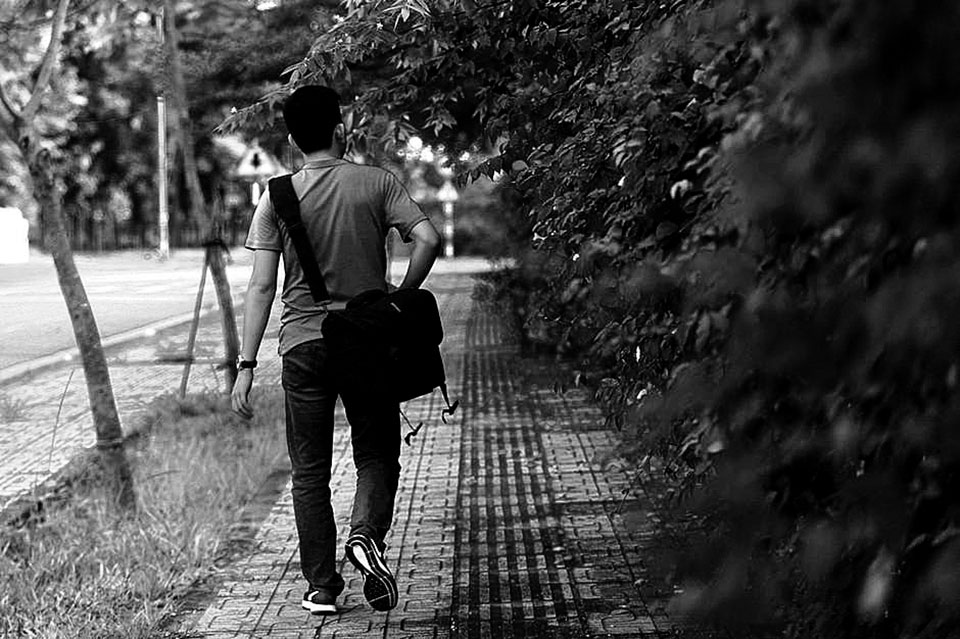 While fitness enthusiasts often meet their goals without trackers, many find the devices to be helpful in boosting motivation and, according to fitness trainer Ashok Maharjan, anything that gets people to move more is a great thing.

53-year-old Kanchan Thapa had always been slightly overweight all her adult life. She says the weight started creeping in on her during her late 20s. However, in the past year, she lost 12 kilos and came down to 56 from 68. She attainted what she had always considered an impossible feat just by walking after her daughter gifted her a Fitbit, an activity tracker, for her birthday last year.

“Wearing the Fitbit makes me conscious of how much I’ve moved. It also reminds me to drink water,” says Thapa who always exceeds her daily limit of 10,000 steps. At the end of a working day, she clocks in over 20,000 steps. She now drinks about two liters of water every day too. Earlier, she confesses, she used to have a glass or two at the most. According to Thapa, the activity tracker has been a blessing because she moves around a lot more than ever before and, as a result, feels fit and agile.

Activity trackers are often used to achieve certain fitness goals. Many trackers also calculate an estimated calorie burn based on the heart rate it records during a workout besides tracking some of your vital signs all day long. It can also monitor your sleep cycle. This data can be used to interpret the state of your health.
Though most studies on the effectiveness of fitness trackers have produced weak or inconclusive findings, the popularity of these gadgets seems to be on the rise. In 2017, there were 25.37 million active users of Fitbit alone. The number of active users was half a million in 2012. Wearable tech has also become more fashionable in the past few years. There are fashion brands like Hermès designing bands for the Apple Watch and there are stunning smart rings that help you keep track of your steps, the distance you have traveled, and your heart rate among other data. 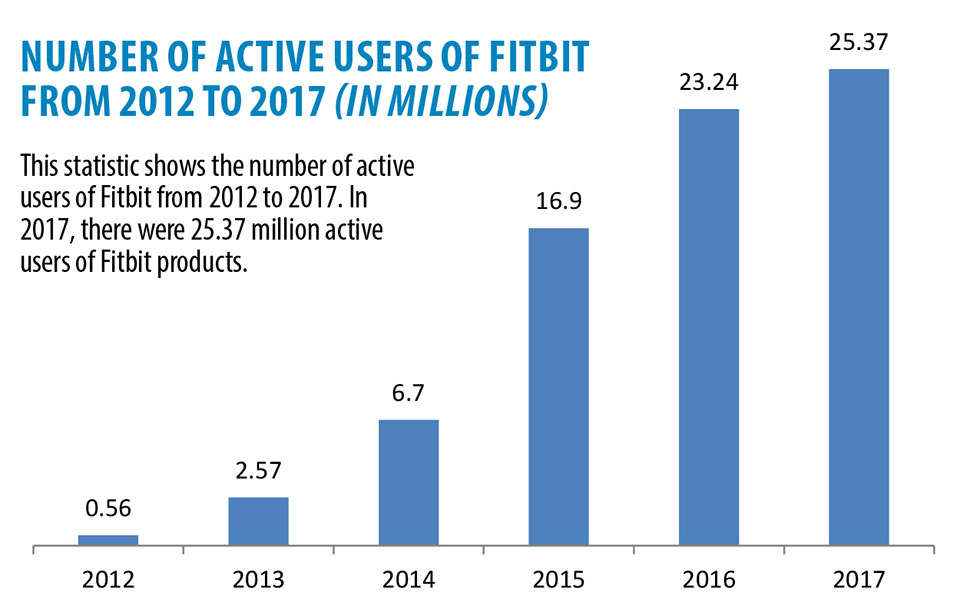 Being inactive can lead to a number of health and personal issues, including weight gain, onset of chronic and acute illness and even low productivity in school, work, and daily life in general. Being active, on the other hand, can prevent and may even reverse many of these issues. That is one of the main reasons why people seem to have taken to wearing activity trackers in the recent times. Many people this scribe spoke to believed that wearing a tracker could definitely acts as an incentive to be more fit.

Out of a random sample of 30 people, 11 were already wearing some sort of activity tracker, namely Fitbit, Xiaomi Mi Band, and Fasttrack Reflex, 16 said they had heard a lot about activity trackers and had also seen someone they knew wearing one and wanted to get one for themselves too. However, the price of these nifty gadgets was something that had them reconsidering its usefulness.

Rashmi Manandhar, who recently started wearing an activity tracker – Fitbit Alta HR, feels that it’s just an over-glorified version of a pedometer. According to the 29-year-old, since you can easily download an app these days to keep a record of your steps and many of these amazing apps are free spending so much on an activity tracker doesn’t make sense. She confesses her brother who lives in Australia sent her one and that she would have never bought it for herself.

Having said that, Manandhar adds that wearing it does feel like a lesson on self-awareness. She is more conscious of how much she walks these days and makes it a point to get up from her desk to walk around when her tracker buzzes and tells her to. She says that her Fitbit makes her want to walk more because she doesn’t like seeing low digits on the tracker.

A study published in the American Journal of Epidemiology and cited by The New York Times suggests that people who wear activity monitors and use them to ensure they get about 150 minutes of moderate exercise per week have about 35 percent lower likelihood of premature death than those who don’t get enough exercise. Another article in the Journal of the American Medical Association reviewed 26 studies with a total of 2700 participants. It found wearable technology led to a 26.9 percent increase in the participants’ physical activity, and this increased activity led to a reduction in their body mass index and blood pressure.

Health benefits aside, Thapa claims that when you are wearing a fitness tracker getting 10,000 steps actually makes you happier. There is something very uplifting about hitting your goal when it goes on your record. She says losing weight came as an added bonus.

While fitness enthusiasts often meet their goals without trackers, many find the devices to be helpful in boosting motivation and, according to fitness trainer Ashok Maharjan, anything that gets people to move more is a great thing. Maharjan also says that wearing an activity tracker lets you look into your actual activity versus how much you thought you were moving throughout the day.

“It can be a reality check to see the real numbers or graphs day after day, compared to just trying to think back and remember. The results might surprise you and force you to make some drastic lifestyle changes,” he says adding that it’s hard to know how active you actually are unless you measure it.

44-year-old Utsab Rimal talks about how wearing a Samsung Gear S forced him to reevaluate his fitness level. “I thought I was a fairly active person. I cycle to the gym where I workout for an hour at least three times a week. The tracker made me realize that, aside from those bouts of exercise, the vast majority of my day was completely sedentary,” he says.

Trainer Maharjan says that the more you track something, the more you are able to compare your results and have some sort of metrics to show you where you are headed and the more likely you are to succeed in your fitness goals. For those who are still unsure about an activity trackers’ efficacy, Maharjan suggests starting with an app (though they aren’t as reliable as fitness trackers and it’s not feasible to lug a five-plus inch phone every time you have to walk around) before investing in a Fitbit or Apple Watch. “It can be the source of encouragement that you have been looking for to work out and be healthy,” he concludes.