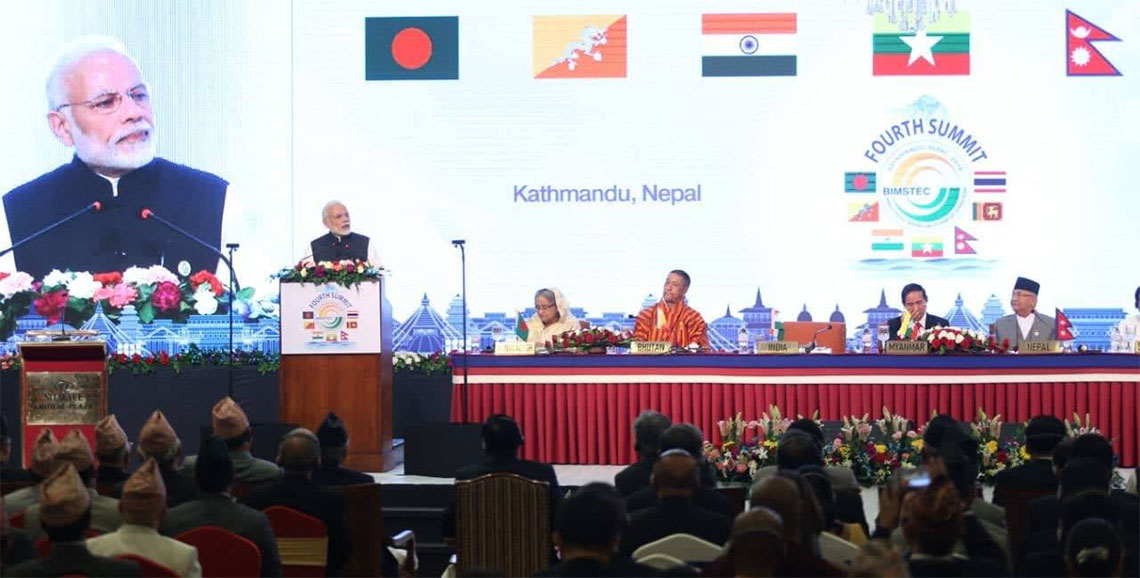 KATHMANDU, Aug 30: Indian Prime Minister Narendra Modi urged one and all to stand united against terrorism. Deliberating his views, Prime Minister Modi said economic prosperity and development is not possible without establishing peace and security.

Addressing the fourth summit of the Bay of Bengal Initiative for Multi-Sectoral Technical for Economic Cooperation (BIMSTEC) at Soaltee Crowne Plaza in the Himalayan capital on Thursday, Modi urged all the member states to stand united to fight terrorism and drug trafficking in the region.

“All the countries in the BIMSTEC region have been affected by terrorism and drug-trafficking. We have to formulate proper law and regulations to fight it,” said Modi.

He also stated that India is even ready to hold a meeting of the chiefs of the armies of the BIMSTEC countries.

Modi thanked Nepal for organizing the fourth BIMSTEC summit and stated that this summit will be an instrumental in accomplishing a common goal of the member countries. “India is ready to extend cooperation and collaborate with you all to this effect in the coming days.”

Meanwhile, Modi also announced that he would establish a research center at Nalanda University to study arts, cultures and laws of the Bay of Bengal.