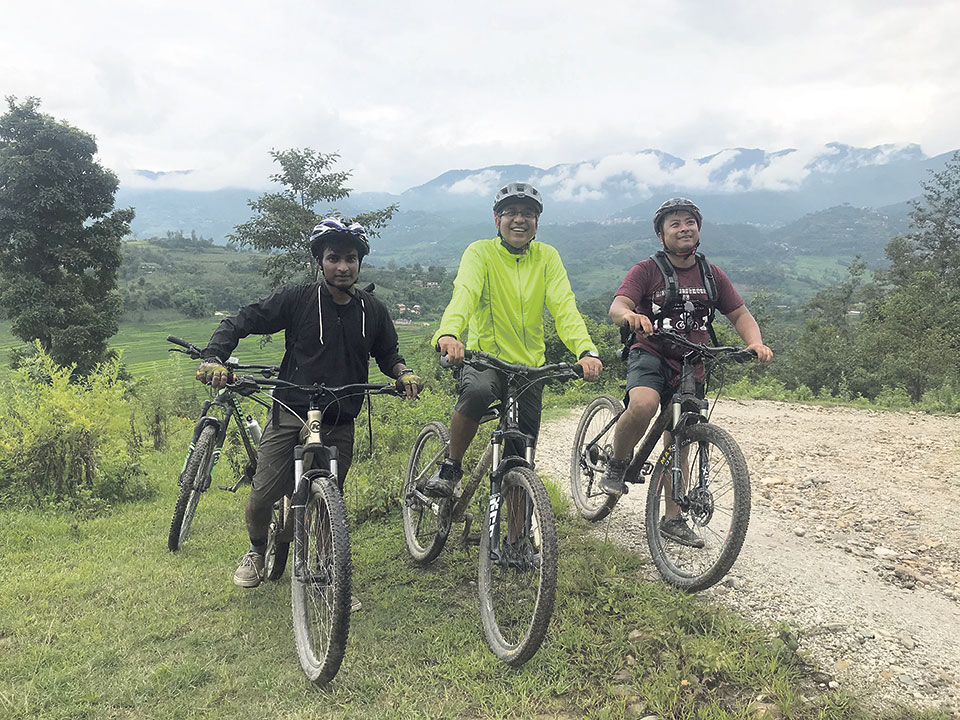 Many working professionals confess that the monotony of everyday life can slowly start to become draining and tiring. You go to work, you come back, eat and sleep and the next day the cycle repeats itself. Life seems to lack purpose and that’s not a very good place to be. It’s no wonder that the recent years have seen a steady growth in the number of individuals indulging in recreational activities and sports.

Suresh Tripathee vouches for that. Tripathee, who is currently 49 years old, confesses that it was a few years ago that he felt the need to take up an activity to keep his body active and fit. As a banker whose daily movement was quite restricted once he reached office, he felt, as the years went by, his body succumbing to the stiffness that comes with age. To fight the lethargy of deskwork and bad posture, both of which he feels come bundled with his job, he took up cycling and, since then, life has never been the same.

But his love for cycling dates back to 1989 when India first imposed a blockade in Nepal that led to an unprecedented shortage of fuel. The transport industry found itself immobile and unable to function. As an alternative many Nepalis took to cycling and Tripathee was one of them. “That was when I first bought a mountain bike and rode it everywhere,” says Tripathee adding that he cycled his way to college and back home and went everywhere else too on the mountain bike, even after the blockade was called off.

“I have been cycling ever since but in the last six years I have been cycling more than ever. This newfound zeal has made me fit and given my days so much meaning too,” he says. Every morning, Tripathee wakes up at the crack of dawn and sometimes even before that and cycles from Nilopul in Sukedhara to the Kapan Gumba. This trip takes him close to two hours but he’s relentless, going at it every day. The experience is invigorating, he says.

On the weekends, he cycles for three to four hours at least. Banepa, Dhulikhel, Shivapuri, Danda Gaun, Sankhu, Chobhar, Machhenarayan, Jal Binayak and Lamatar are places he mostly goes to because they are at distances that can easily be covered in a bicycle as well as offer challenges of steeps and lows with graveled pathways along the way. Most roads in Kathmandu are in a state of complete disarray and while this has been making daily life highly inconvenient, Tripathee confesses that the unkempt roads make cycling much more challenging and thrilling and he loves it.

His latest adventure and probably the most memorable one too was his participation in the recently concluded Kathmandu Kora challenge, an event that saw a participation of a whopping 2220 people. In this challenge, you circle the valley, clockwise, starting from the edge of the valley, away from the mad hustle of the city. You pass through dirt trails with picturesque rural settings in the backdrop and the best thing is that you are raising money per every kilometer you bike and it will all go towards a worthy cause.

The route took almost 10 hours to complete, by the end of which all the participants were really tired. This challenge had actually been set for cyclists who wished for a difficult route but felt they weren’t ready to attempt the 100-kilometer challenge. Tripathee now wants to participate in the next challenge and take up the 100-kilometers route.
He says that the experience was surreal and he still can’t believe he actually did it.

According to him, it was a battle of the braves on the cycle pedals, not just hobbyists looking for a fun ride. They were strongly motivated individuals who took it as seriously as anything. Tripathee also mentions that this challenge compelled him to appreciate our valley beyond its crumbling façade and rampant urbanization. He mentions that as cluttered and chaotic as Kathmandu might feel at times, it possesses its own unparalleled beauty and undeniable charm.

According to Tripathee, though we complain about the pollution, traffic, and haphazard urbanization, it’s unfair to not look past it all and try to see beyond it. He says it would be wrong to say that our city isn’t beautiful anymore. “I’m reminded of this very thing every morning as I skirt my way through the trails and breathe in the fresh air. Kathmandu is at its best in the early hours of the day before the traffic inundates it,” he says adding that the essence of Kathmandu can be best seen and felt when you are discovering it through an activity you love and enjoy – be it walking or cycling. For him, cycling has been his lifeline, one that has also gotten him back in touch with his city’s roots while making him feel youthful and agile, and for that he’s eternally grateful.

KATHMANDU, Oct 17: The Ministry of Health and Population on Saturday confirmed over 3,000 new cases of the novel coronavirus disease... Read More...

Travel advisory: Vehicular movements to be obstructed until 6:30 PM

KATHMANDU, Aug 31: Major roads in the Kathmandu valley will be disrupted as the heads of states and governments are... Read More...

Sherchan elected as president of NC (BP)
11 hours ago

Why We should All be Feminists
18 hours ago

Madhav Nepal will return to CPN-UML: Bhattarai
12 hours ago