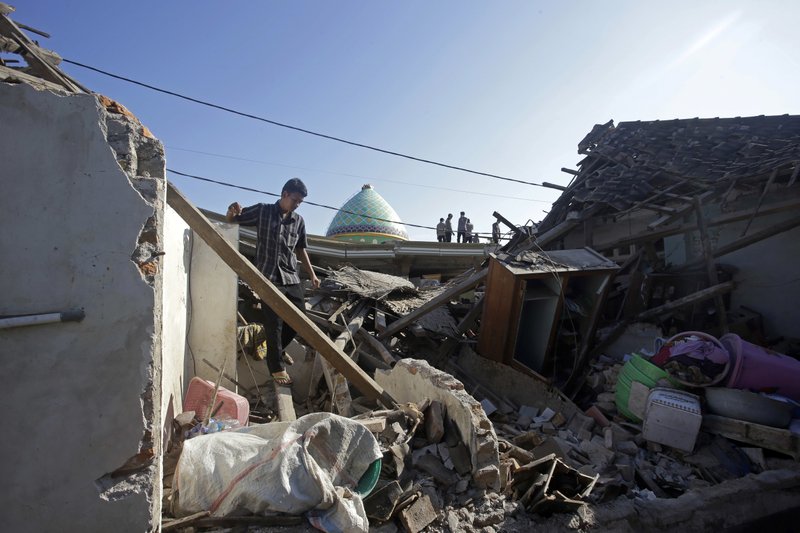 INDONESIA, Aug 19: A strong 6.3-magnitude earthquake rocked the Indonesian island of Lombok Sunday, sending people fleeing into the streets just two weeks after a quake which killed more than 460 people.

The quake was centred west-southwest of Belanting town in East Lombok, the US Geological Survey said, at a relatively shallow depth of seven kilometres (four miles).

Residents said the earthquake was felt strongly in East Lombok.

"I was driving to deliver aid to evacuees when suddenly the electricity pole was swaying. I realised it was an earthquake.

"People started to scream and cry. They all ran to the street," East Lombok resident Agus Salim told AFP.

The tremor was also felt in the island's capital Mataram and on the neighbouring resort island of Bali.

It comes two weeks after a shallow 6.9-magnitude quake on August 5 levelled tens of thousands of homes, mosques and businesses across Lombok.

Indonesia, an archipelago of thousands of islands, sits on the so-called Pacific "Ring of Fire", where tectonic plates collide and many of the world's volcanic eruptions and earthquakes occur

In 2004, a tsunami triggered by a magnitude 9.3 undersea earthquake off the coast of Sumatra, in western Indonesia, killed 220,000 people in countries around the Indian Ocean, including 168,000 in Indonesia.