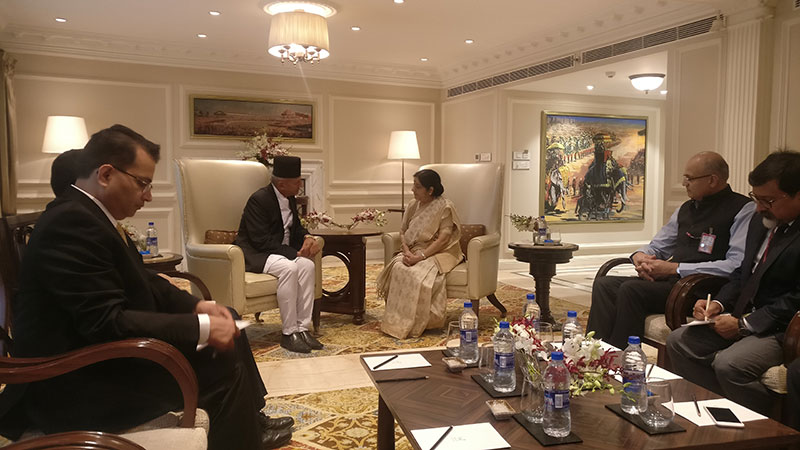 The Minister reached India earlier today in course of attending the funeral rites of former Prime Minister of India, Atal Bihari Vajpayee who passed away Thursday.

During the meeting, the two ministers discussed the issues related to the Nepal-India relations, exchanging views about the upcoming fourth Summit of Bay of Bengal Initiative for Multi-Sectoral, Technical and Economic Cooperation (BIMSTEC) scheduled to be held in Kathmandu on August 30-31, the Ministry of Foreign Affairs said.

Minister Gyawali also expressed, on behalf of the government and people of Nepal, heartfelt condolence on the demise of former prime minister and senior leader of India. He handed over to his Indian counterpart the message of condolences sent by Prime Minister KP Sharma Oli.