What Nepal can learn from Europe 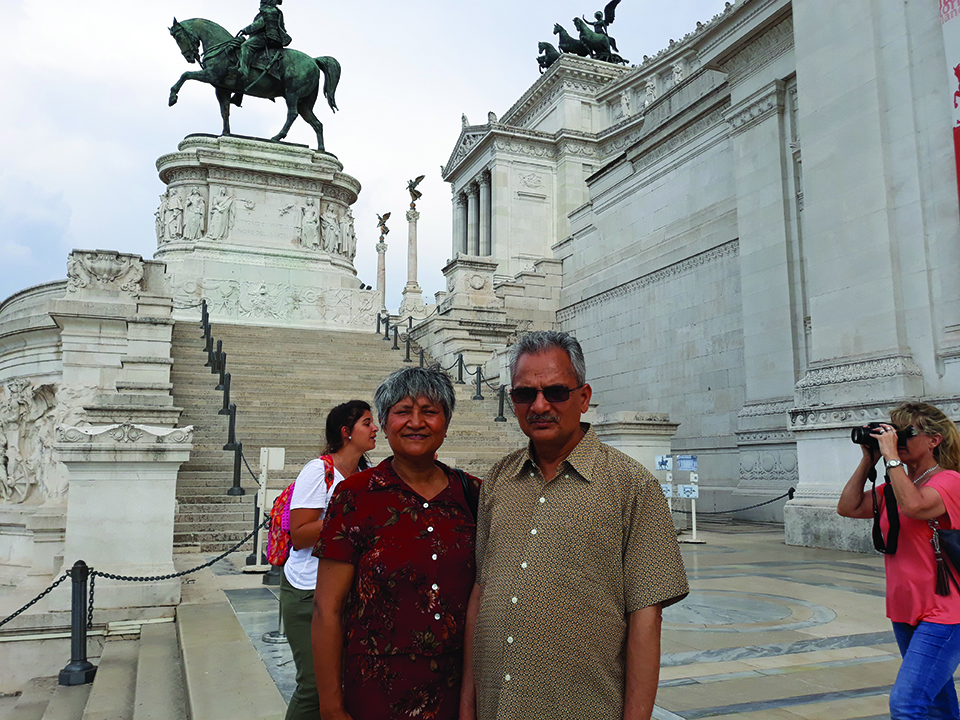 I had gone to the UK to study master’s degree in architecture in 1993. After the end of ‘People’s War’ I had gone to Germany, France and Italy in 2006 to spread the message of war and peace in Nepal. I got an opportunity to visit Europe one more time in 2009 when I was the minister of tourism and civil aviation.

My trip to Europe this time was different. The journey covered the parts stretching from western part of Ural Mountain to end of Alps. This time I could witness the patterns of development which made Europe prosperous.

Non-Resident Nepali Association (NRA) in Europe had invited me and Baburam Bhttarai to attend their 11th European Regional Meeting and ninth European Regional Women Meeting held in Luxemburg city on 29-30. Additionally, we visited Saint Petersburg and Moscow in Russia, Stockholm in Sweden, Luzern, Bern and Geneva in Switzerland, Paris in France, Frankfurt and Berlin in Germany and Roma in Italy and city state Vatican. I was keen to learn why this part of the world was thriving and what Nepal could learn from Europe.

The first thing I wanted to know was what made this small continent—which is more fractured geographically and politically than other continents—the center of prosperity, learning and political activism despite surviving the two great world wars.

Europe is surrounded in all three sides by Atlantic and Arctic Ocean with the advantage of having Mediterranean Sea, Black Sea, Caspian Sea, Baltic Sea and smaller seas poking the continent here and there. There were also many trained rivers navigating to almost all the countries supplying and drawing raw materials and fished materials within the countries and outside. This was an interesting observation for someone from landlocked Nepal.

Access to seas gave Europe an edge to maritime activities for both commercial and militarily goods for increasing sphere of influence in the world. And with it came technological competitiveness. All this compensated for lack of fertile land and population. Since the continent is predominantly covered by cold climate because of which it only has one crop in a year, it had left its citizens hungry for resources in the past. Which might have forced them to plunder the loot in prosperous countries like the Vikings did in the past.

Slowly, Europe became the center of finance (UK), center of revolution (France), center of philosophy (Germany) and birthplace of renaissance (Italy). Politically too it gave birth to multiparty system of liberal bourgeois and one-party communist system. Similarly it also became the center of global activities. Although the UN headquarters is placed in New York of the US, almost all important functionaries are based in Geneva, Rome and Vienna.

What Nepal can learn

There are ample potentials for Nepal to achieve prosperity. But we need to tap our human and natural resources intelligently. Structurally it has to build decentralization mechanism to unlock highly centralized state mechanism built by monarchy in the past. At the same time, federalism mechanism needs to be practiced to address the issue of oppressed nationalities and regions which had been neglected under monolithic state. We may learn from strong decentralization that France has adopted. Or decentralization with federal institutions as has been institutionalized in country like Switzerland where four languages are spoken.  Most of the countries in this continent have impressive GDP and as impressive human development index records.

Countries like Switzerland and Sweden played smartly by remaining neutral during the world wars and quietly generated capital. Nepal too should learn to play smart while dealing with its two big neighbors.

We had nice time seeing the art and architecture of various historic cities. We were excited because we saw what we had read in history of architecture—Colosseum, Pantheon and Vatican City. Similarly, we were impressed by the large scale of urban space and surrounding buildings in Moscow as much as colossal scale of ancient Roman city which has been well maintained.

It is interesting to note that all Europeans belong to Caucasian race. Only difference is that of language.  No wonder almost all the countries in Europe are based on their lingual nationalities. While travelling by train across Schengen countries one hardly feels one has crossed one country from the other. You feel the difference when you hear people speak different languages. The same visa, the same EU currencies and similar facilities gave impression of Europe as one country.

I was surprised to discover that the Nazis not only killed Jews and communists but also fellow Germans.  They killed many gypsies and third gender people.  Many Germans were imprisoned and killed because they didn’t fit the image of ‘perfect’ German.

What pleasantly surprised me was cosmopolitan feature of Nepali Diaspora there. We found Nepalis everywhere and most of them were either working in restaurants or owning them. Some NRNs own hotels too. Many Nepali middle class families were found in different parts of Europe.

Europeans who had climbed the Alps wanted to climb our Himalayas too. Those who had come to Nepal once wanted to come again. They were charmed by warm hospitality shown by Nepalis during their earlier trip.

The author is a senior leader of Naya Shakti Party Nepal

For liberal diplomacy to be revived, a reinvigorated transatlantic alliance—with a far more cohesive EU acquiring the hard power it... Read More...

The US and China must cooperate in space

Both China and the US, along with the rest of the world, would benefit from a set of clear rules... Read More...