The heaviness of weight 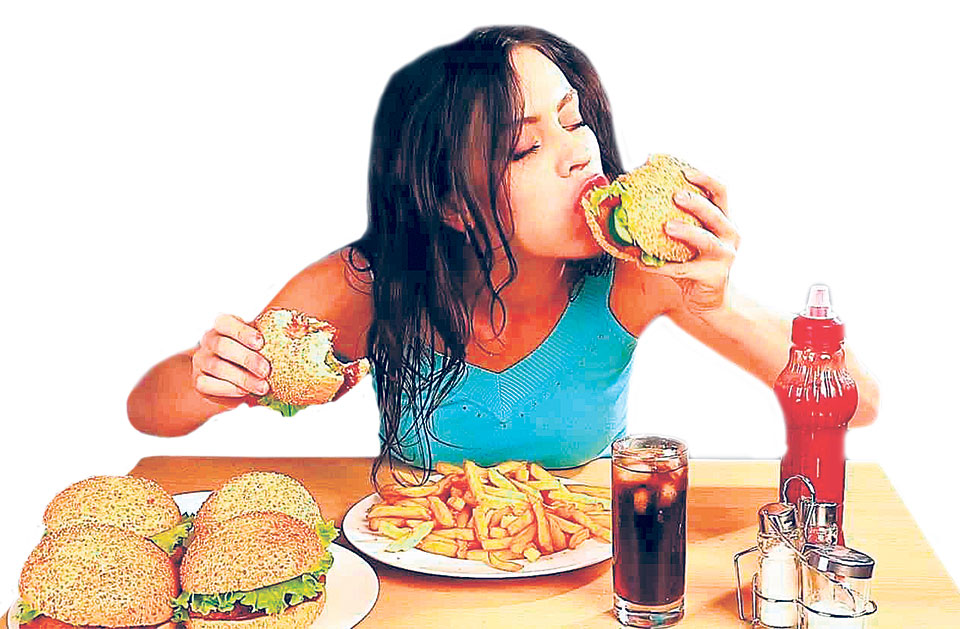 I will never forget how I decided to lose weight. A relative looked at me (in apparent disgust) and told me she almost didn’t recognize me during a family dinner. I was ready to point out that she had seen me after five years and a lot had changed during that time. I mean, she looked a lot older and wrinkly but I hadn’t been so unkind as to say those things while looking repelled.

Her reaction to my moti-ness (a term she coined while talking about how fat I had become) was something that left me felling really bad about myself. I was angry. I was upset. I was hurt. I rushed to my cousin’s bedroom and looked at myself in the full-length mirror behind the door. I scrutinized myself like I had never done before.

I knew I was no longer the petite girl I had been during my college days. I had come to terms with the fact that I could no longer wear body-hugging blouses. I had gained a little weight. But never did I think someone would actually call me fat. This relative’s rudeness was a wake up call of sorts.

I wish I could say that this was when I decided to join a gym, eat healthy, and get a fabulous body. Though I had silently vowed to flaunt my toned body during Dashain that year, life isn’t a Hindi movie, and it took me another year before I finally decided to do something about my spiraling out of control weight. There were other similar but less hurtful ‘moti’ comments before that happened but I took great pains to make sure I steered clear of this lady who had so meanly called me fat at my face during Dashain that year because, with no exercise and a diet consisting mostly of junk food, I had put on even more weight.

Then one fine day I decided I had had enough. I bought a weighing scale and stood on it for the first time in years. I was shocked to discover that, at 5’2, I weighed a staggering 74 kilos. No wonder my favorite jeans didn’t fit me anymore. I thought the washer dryer had shrunk it. The dress I wore to my graduation did feel a little too tight but I never thought much about it.

After the much need reality check, I was on a mission to lose weight. Starting the next day I’d give up all the things I loved to eat. On the top of my list were Fanta, Kurkure, Mars bars, and processed food – sausages, ham, bacon, salami, and you name it.

Now this was not easy considering how I used to have a bottle or two of Fanta a day and how my staple diet consisted of rice and sausages or bread and bacon. I would abstain for a day or two before deciding to reward myself and eating everything I was supposed to stay away from. I’d decide to drink water instead of Fanta and then find myself ordering a chilled bottle of soda during lunchtime. This vicious cycle continued for a while. My dieting spree would be accompanied by bouts of exercises too. Too lazy to go for a run early in the morning, I’d skip or jog on spot in my room while watching television. I’d decide to walk to work before hailing a cab or hopping on a bus halfway there. I enrolled in Zumba classes and vowed to go three times a week but I’d only make it to one class per week, if I did go at all.

I now realize that I expected instant results. If I followed a strict diet on day one then on day two I expected the scale to tip considerably. If I exercised for a full week, I thought I would fit into that pair of jeans that no longer went past my thighs. We are all guilty of that kind of mindset. We exercise for a day or two, or a week at the most and then expect to see a whole new self. And when that doesn’t happen, we lose focus.

That’s what happened with me. For another year, I did my yo-yo dieting and sporadic bursts of exercise thing, making new goals and plans with every passing week but failing to stick to any as the scale refused to budge from 74. In the meanwhile, I avoided family gatherings and made silly excuses to dodge taking pictures when out with friends. It wasn’t something I enjoyed. It left me feeling really bad about myself and I would gorge on more food.

What I soon realized was that you won’t lose weight unless you commit yourself to it. There are no shortcuts to weight loss. Planning in one thing, but sticking to it is a complete another ball game. So I decided to take it slow and then gradually incorporate fitness and healthy eating into my lifestyle. That sounded like a much more doable idea and it was.

In the six months that followed, my weighed dropped to 68 kilos from 74 kilos. And I didn’t feel like I had killed myself in the process. Change took place when I made it a gradual process and accepted the fact that it was going to take time. I also kept telling myself that every little bit would eventually add up and kept pushing myself to be more disciplined where my diet and fitness regime was concerned.

Losing weight isn’t as easy as putting it on but hard work and discipline definitely pay off. My body is still a work in progress but now I’m much more realistic about what I can or can’t do and also once I commit to something, like a fast or a temporary diet plan, I see it through. And I don’t go on extreme diets either. I have realized you can only lose weight when you put your health first and do it for reasons other than the fact that you hate being called ‘moti’, though it can get you started.

CAAN’s income declines by 43 percent; Rs 41.1 billion allocated for current FY
9 hours ago
Kotal area in Kathmandu sealed off due to COVID-19 risk
9 hours ago

Lebanese vent rage against their leaders after blast; protesters gather
10 hours ago