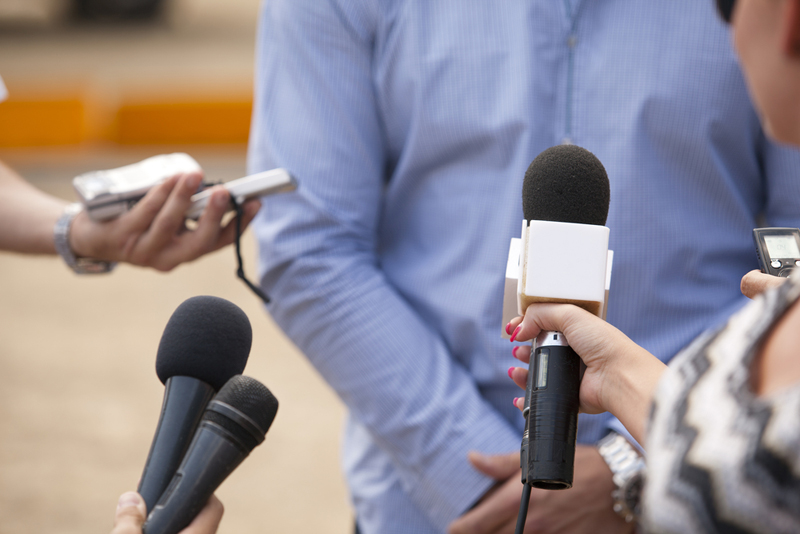 There is constant tussle between principle and practice. This reflects in the state interventions in the form of certification or other controls
An example that often presented itself in my last article (Certifying Journalists, August 16) was the question of profession. This is an important matter especially since hardly a day goes by when we don’t have to confront the grim comment that many journalists are unprofessional. But to be unprofessional, journalists have to be first accepted as professionals, which is hardly the case since this issue in journalism remains contested beginning with the first modern newspapers several hundred years ago.

In the West, the idea of professionalism is central to the debate of whether journalists should be regulated. Most professions, ranging from law to medicine to teaching to engineering, are regulated by the government. This process, in fact, is seen to be elevating them to the status of professions. These fields involve a very high risk of public harm, and they require special training or education to avoid or mitigate such harm. In journalism, however, all we need is our desire to express something and the ability to express it somehow, anyhow. Freedom of expression is so fundamental to democracy that any regulation in journalism is viewed with deep suspicion.

In reality, there is constant tussle between principle and practice. This reflects in the state interventions in the form of certification or other controls—through accreditation, censorship, spin, or bureaucratic hurdles, as in the most recent case of Himal Southasian magazine. And this is not different in other countries. A 2010 study by the US-based Center for International Media Assistance (CIMA) found that press licensing continues to thrive as one of the several means used by governments to control the press. In a quarter of 100 developed and developing countries, which include many open societies, governments approve who can work as a journalist and who cannot.

Not surprisingly, many of these governments claim that their actions are merely attempts to create enabling environments, to elevate journalism to the status of a profession. Press freedom advocates see them as anything but legitimate interventions.

If we are not a profession, why act like one?
The words profession and vocation are interchangeably used in the Nepali language to denote byavasaya, a term that is also closely associated with “business”. The Sanskrit britti, too, makes no distinction between profession and vocation. However, the western conception of a profession emphasizes special education, training and skill. And vocation signifies an inner calling, a passion for doing something special in life (changing the world!).

Most journalists, idealists or realists, at least in the initial stage of their career, thus subscribe to the vocational conception of journalism; it is more of a craft, an artistic expression than a profession. In Nepal, it is all the more remarkable that journalists routinely opine rather than report. Is that because the rigor of facts or of training is too huge a burden to carry?

The defining elements of professions, from the ancient professions of law, medicine and clergy to the relatively modem professions such as engineering, business, and banking emphasize some specific structures. And these are all but missing in journalism, as Edmund Lambeth, one of my favorite US professors of media ethics, has shown.

According to him, practitioners admitted to the profession follow a prescribed formal training and acquire specialized knowledge that provides a basis for continued intellectual growth. They enter a full-time occupation. Members must have a high degree of autonomy.

Their entrance to and continuance in the profession, he says, are governed/licensed by the state or a formal organization/association that has established professional standards for the self-development of the members and improvement of the practice, and to sanction those who violate the standards. Moreover, in Lambeth’s view, members must be deeply committed to the goals of the profession. They must have ethical standards and a dedication/commitment to higher societal good, beyond personal advancement, political or economic interests.

From the above criteria, it is not difficult to see why the question of whether journalism should be considered a profession remains in dispute. First, compared with law, medicine, or engineering, there is no accepted body of knowledge that must be mastered by potential journalists. Although there has been a marked growth in journalism schools and research, no formal schooling is required in a democracy to be hired as a journalist.

Second, although many journalists work full-time, others don’t. Some are freelancers; others hold jobs also outside of journalism, thus sometimes creating conflict of interest.

Third, although a few journalists may be independent, many do not have control over their work and are subject to intra- and extra-organizational constraints, particularly commercial and governmental.

Fourth, licensing applies to most professions but in journalism such a measure violates free speech by introducing obvious threats of governmental impediments to free expression. Fifth, people may enter journalism because of their early commitment to the profession but many leave it for other fields due to commercial pressures or intellectual exhaustion. In fact, many enter journalism to improve their writing-skills, and to experience a connection to current affairs, rather than the deeper goals of public service.

Some make it a steppingstone to other more lucrative professions. They may work merely to further their self-interest.

Finally, there is no precise agreement within journalism on standards of ethical performance. Monetary and self-interest may prevail over “public interest”. It is difficult to assign responsibility to individual journalists who—unlike in law or engineering—are more subject to organizational constraints and do not usually have direct control over their own work.

These attributes point to the fact that journalists cannot really be counted as professional class. And yet, some journalists may voluntarily adhere to several of these elements while at the same time anyone without journalism experience can enter the field, an “open profession”. As the field becomes more complex and specialized in Nepal, the emphasis on special education, training and skills will only increase, making it imperative to acknowledge that journalism here is, indeed, turning into a profession.

But the legitimate authority of governance in a democracy comes from self-regulation.

Existing code of ethics by the Press Council Nepal, as I pointed out in my previous column, is far from independent, inclusive, and democratic. Some media outlets maintain internal codes of ethics although enforcement remains a challenge. To a large extent, organizations, owners, editors, peers and publishers, who use mechanisms of hiring, firing and promotion, can help regulate journalists. However, such organizational and disciplinary powers may only serve the company’s profit motives rather than professional excellence. The courts can litigate slander, libel, plagiarism, invasion of privacy, deception, defamation, etc and force the press to improve itself.

Media associations, journalism schools, and the industry must work collectively and independently to foster self-regulation. The deficit in self-regulation is apparent in the lack of cooperation between these institutions. This has put a major burden on post-publication correction, education and discipline.

Sometimes professionalism can be counterproductive. Overstressing standardization and practical skills can promote homogeneity and ethnocentricity rather than diversity.

Experts have noted that the classic model of western professionalism, with its positivistic doctrine of objectivity, has alienated journalists from their audience. In Nepal, with our obsession with the vocational model, we might be losing sight of reality.

Look for journalism’s varied links to the wider culture of a society. In the end, one doesn’t have to be in a profession to strive for professionalism.

I dream to be a writer because I know how to write, but every time I look at the mirror,... Read More...

More than 25 years after he first made his debut in "Phool Aur Kaante", Ajay Devgn directs himself in "Shivaay"... Read More...