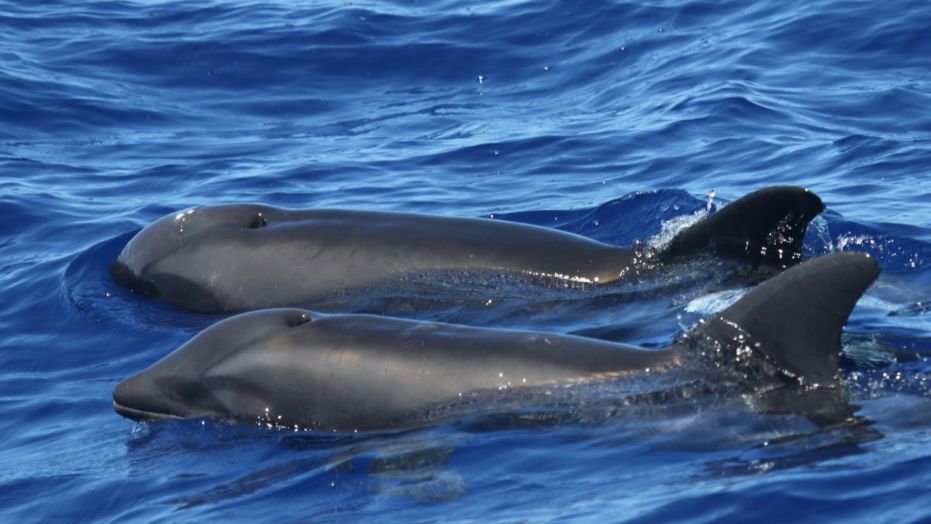 A whale-dolphin hybrid was observed by scientists in Hawaii in August of last year. Genetic testing revealed that the creature observed was indeed a new hybrid. ( Kimberly Wood | National Marine Fisheries Service )

A whale-dolphin hybrid was discovered thanks to the efforts of scientists in Hawaii. The "most unusual" find is even more unique given that one of the species in the mix is rarely seen in the area.

In August 2017, scientists conducted a wide survey of the waters of Kauai in which they observed the whale and dolphin species residing in the area with the help of boat-based efforts and passive acoustic monitoring. In the 11-day period, the scientists made hundreds of sightings of various species such as bottlenose dolphins, rough-toothed dolphins, sperm whales, and spinner dolphins. In total, they even managed to capture 37,727 photographs of the sightings, to be added to photograph identification catalogs.

Interestingly, however, scientists observed that some of the creatures they observed appeared to have morphological characteristics of both the melon-headed whale and the rough-toothed dolphin. Luckily, they were able to collect a biopsy sample of the animal suspected to be a hybrid, and genetic tests now reveal that it is a whale-dolphin hybrid indeed.

According to the scientists, the hybrid was a result of inter-species mating, and they even called it a “most unusual” find that’s actually the first documented melon-headed whale and rough-toothed dolphin hybrid. The creature they now call Steno bredanensis is actually made even more unusual by the fact that the species that makes up half of its genes, the melon-headed whales, do not often swim in those waters.

Apart from the unique hybrid find, the scientists also observed a group of melon-headed whales as well as pantropical spotted dolphins. Both animals are rarely seen in the area, and both were tagged. They were also able to collect acoustic information that would help them understand how Navy sonars affect the creatures.

The report on the survey is published by the Cascadia Research Collective.

Despite their name and nickname of “little killer whale,” melon-headed whales are actually a part of the dolphin family. They are small and slim with torpedo-shaped bodies, and their heads are rather conical in shape. Not a lot is known about melon-headed whales, as they are very often far offshore and only come close to the shore when the waters become deep enough.