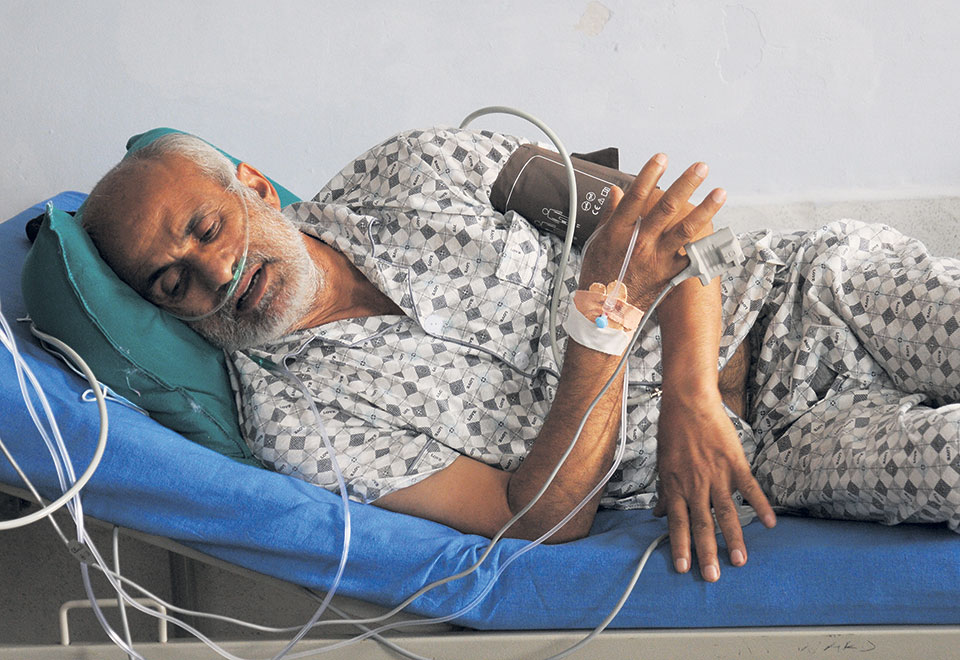 It’s hard to tell whether he was pushed or actually chose to jump (I think it’s the former) but, in either case, it’s good riddance to Law Minister Sher Bahadur Tamang. I suspect no one is going to miss his presence or leadership anytime soon.  Now, if only Oli and his gang could do something similar about that loud, misogynistic motor mouth Durga Prasai. He is a living, walking embodiment of the phrase ‘money doesn’t buy you manners’ and frankly all his boorish behavior and his accusations are starting to get really tiresome. We really hope that after he has had his 15 minutes of notoriety, he crawls back under the rock he came from.

The vibes emanating from the two opposing camps currently couldn’t be more different. As I write this, Dr KC’s supporters have continued to press their case the only way they can while the communist party sympathizers and ‘investors’ have been letting loose with their own brand of trash talk. All of this undoubtedly stems from a sense of frustration at how Dr KC’s movement has been able to ignite the public at large and, now with their backs pushed against the wall, this type of verbal garbage is all our so called communists can muster.

Even against this backdrop, there really is no wisdom in involving students in this unsavory manner to get your point across. And why does every statement concerning women have to be misogynistic? Can’t women raise money or work for it in any other way without resorting to selling their bodies? If this is the first thing that comes to their minds, then their statement says more about their gutter mentality than anything else. Tamang, Prasai, and other communists ostensibly wanted to highlight the ‘plight’ of Nepali students studying abroad. That begs the question – Why? Apparently, because all these medical college investors are fighting for our student’s right to live and study in Nepal and it pains them to see all these students (aka money) go abroad. 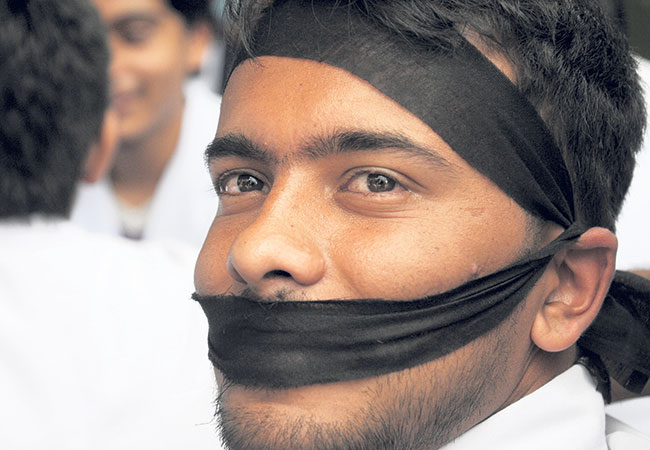 Where are the student bodies of the CPN – the ironically named All Nepal National Free Students Union and All Nepal National Independent Students Union (Revolutionary) – when all this venom is being directed against students? Not a great deal of freedom, independence or revolution coming out from that lot currently. I suppose we just have to wait for the government to raise the price of petrol by 0.50 rupees and they will be all out in the streets with their faux patriotism and concern for the welfare of students. The party first mentality is not surprising, but not even a whimper or a statement – not even when their leader is a woman and a parliamentarian and one assumes at some point must have been a student herself?

Anyway, the truth is that fake patriotism and talk have always been cheap in Nepali politics, but this government takes it to new heights with their duplicity. It has always been about words – words that cost nothing. There really is no point talking about Oli and his goofy vision for the country but even among the lower rungs of the party it’s always about smart cities, ending the syndicate, railways and the sort of aspirations meant for an audience of village idiots – which is what they assume we all are.  And, on the other hand, Dahal is still busy doing what he has always done, railing against ‘reactionary’, ‘expansionist’, ‘bourgeoisie’, forces which really have been his only connection to communism of late.

With all of this authoritarian posturing built on the back of a 2/3rd majority, they have managed to hand the Nepali Congress some impetus, a voice and apparently a backbone too. Not a big fan of the NC, they have got more than their fair share of parasites but this communist government is starting to make them look like the party of the people. Everyone remembers how the blockade fell into Oli’s lap and he milked it for all it was worth to project himself as the new son of the soil.

On a similar vein, he risks handing the initiative to NC with all this pointless defiance and tirade against them. Perhaps, with all the co-mingling and convenient coalitions that regularly formed before elections were held, Oli has forgotten what the job of the opposition is in a parliamentary democracy – checks and balances which is exactly what the Nepali Congress, with all of their faults, are attempting to do currently.

As for the common folks, we don’t need railways, smart cities and pie in the sky dreams but good infrastructure, utilities, health, and education for all. Oli will do well to get our house in order first before building castles in the air. But while we are quick to blame the politicians for their inaction, we also are content to use words liberally on social media and in newspapers without doing anything apart from sitting in our armchairs and getting furious with the state of things. This is not somebody else’s fight and the faster we realize it and do something about it the better it will be for us. It’s time for us to go beyond words too because if we don’t, you must ask yourself: Are we any different than our politicians?

One morning while I was going through the news, I stumbled upon the news of Gurugrama horror- a city just... Read More...