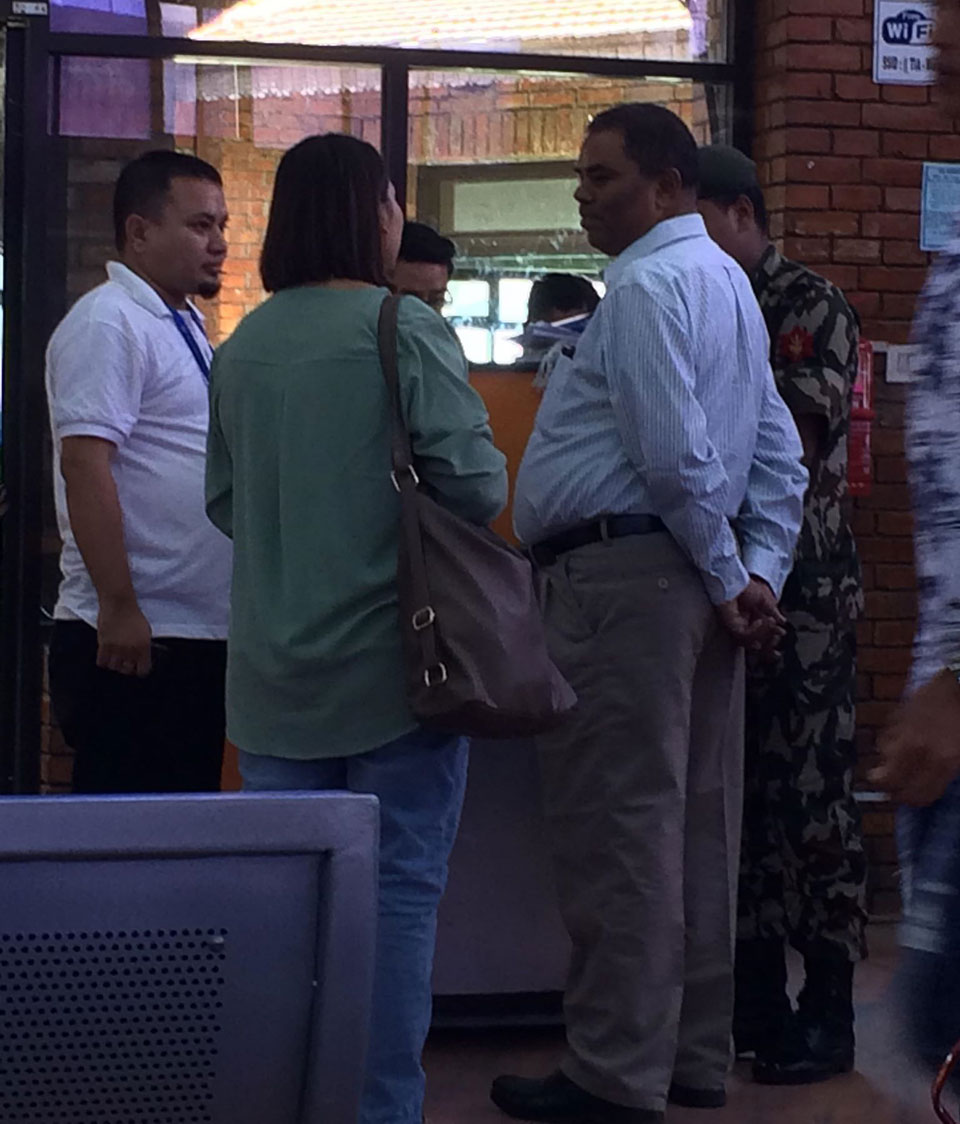 KATHMANDU, July 25: Deputy Prime Minister and Minister for Health, Upendra Yadav threw tantrums at the Tribhuvan International Airport yesterday. Yadav showcased his stature of being a minister and threw tantrums to board a Thai Airlines flight without a passport, thereby delaying the takeoff by 45 minutes. The DPM’s action eventually led many to miss their connecting flights from Bangkok.

Yadav, who had entered the airport just 10 minutes before boarding the flight to Thailand, created a scene at the counter. The airport staffers coordinated with the airline’s colleagues and the pilot.

“We had requested the Airlines to board the Minister. We didn’t have courage to order the flight’s captain to do so,” Mahesh Chaurasiya, personal secretary of Yadav said. “We urged Thai Airways manager for the same.”

However, a staffer of Thai Airways said that they were uninformed about Yadav’s arrival. “When a VIP is scheduled to board a plane, we are informed beforehand. However, yesterday, we had no idea of his arrival. However, the DPM showed his stature and delayed the flight. As a result, many people missed their connecting flight from Bangkok.”

When the pilot said that they could delay the flight to accommodate a VIP, Yadav was asked to show his passport. However, he had forgotten to carry it. The Secretariat later managed to send the passport. By the time the incidents took place, the counter had closed. In turn, the airlines provided a handwritten boarding pass to Yadav and sent him inside the airplane.

An airport official also condemned the minister’s tantrum. “Can you imagine? Who would provide a handwritten boarding pass? The minister was able to do so because he showcased power.”

How did the DPM reach late?

According to Chaurasiya, the DPM was scheduled to attend a two day conference at Mahidol University, Bangkok. When the Minister couldn’t find his passport at home, he had to make a new one. This eventually led the delay. “However, it wasn’t too late to miss the scheduled flight. However, it has been portrayed falsely in the media,” Chaurasiya said.  The DPM is scheduled to return on Friday.

The Minister’s activities can be seen in this video: the airlines female staff is asking for the minister’s passport while informing that his actions had delayed the flight for half an hour. The DPM does not reply. Instead, he smiles and sits silently, an act that depresses the staffer and forces her to return and wait.

The real culprits of flight delays

Every airliner, whether it is domestic or international has faced flight delays. These delays do not occur intentionally. An airport... Read More...