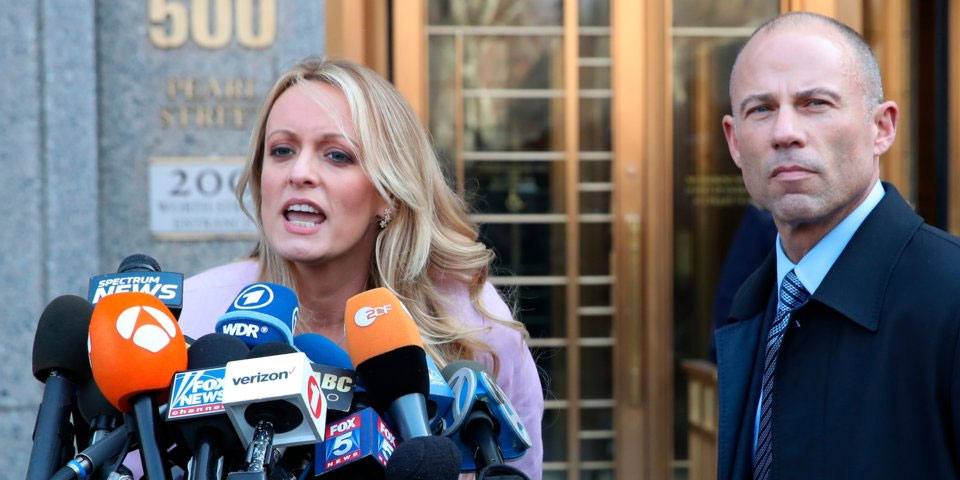 "My client Stormy Daniels and her husband Glen have decided to end their marriage. A petition for divorce was filed last week, the accuracy of which is vehemently disputed," Michael Avenatti wrote on Twitter. "Stormy's daughter remains her number one priority. She kindly asks for privacy for the sake of her family."

While Daniels' lawsuit against Trump and Cohen thrust her into the national spotlight, Crain has avoided the media and not publicly commented on the events surrounding Daniels, including her July 12 arrest at an Ohio strip club. In what TMZ said was a copy of a police report from the incident, Daniels was marked as not married.

Daniels and Avenatti are suing to invalidate a nondisclosure agreement Daniels signed about her claims of a sexual affair with Trump in 2006. Cohen has acknowledged he paid Daniels $130,000 in hush money shortly before the 2016 election as part of that agreement. Federal investigators are scrutinizing the payment as part of an investigation into whether Cohen committed fraud or violated campaign-finance laws.

Husband who burnt wife alive refuses to divorce her

BANKE, Nov 9: “She lives in my heart. I am going to marry her.” A coy Rihana Seikh Dhapali smiled sweetly... Read More...