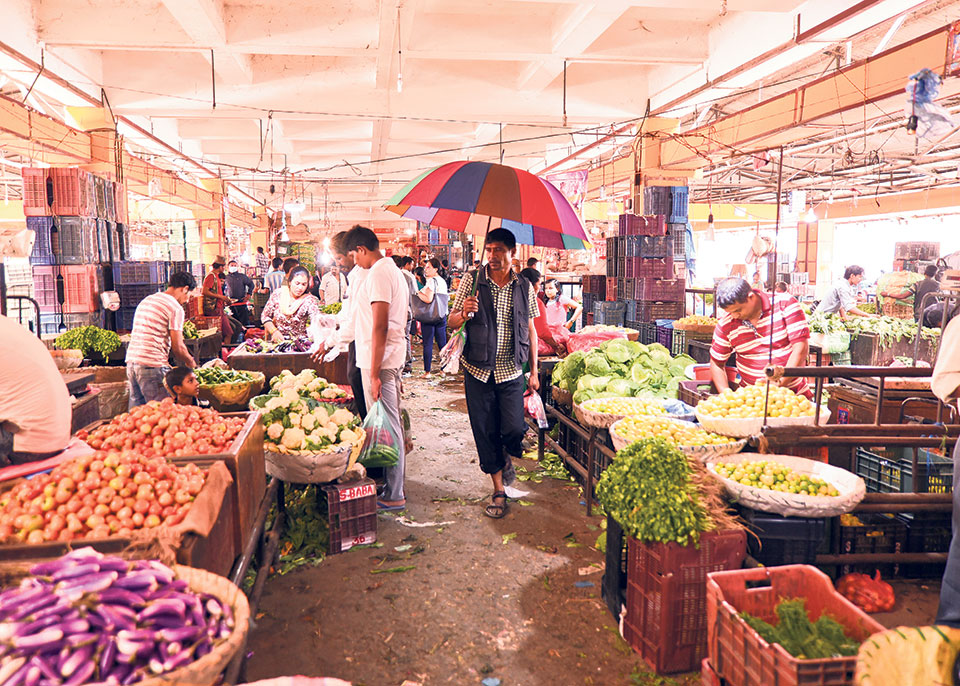 KATHMANDU, July 24: Officials of the finance ministry have stated that the decision to impose 5 percent Tax Deducted at Source (TDS) on vegetables and fruit traders was to make them tax compliant.

According to Revenue Secretary Shishir Kumar Dhungana, the government imposed the new tax after finding income tax collection from the sector very low. He, however, clarified that the tax cannot be passed on to consumers.

Fruits and vegetable traders have allegedly hiked prices after TDS came into effect from last Tuesday -- the start of new Fiscal Year 2018/19.

During the budget making process, the government had conducted a survey among three dozen traders in Kalimati Fruits and Market Development Board. The survey report stated that the traders were paying less than 1 percent of their total transactions as tax.

“Vegetable and fruit trading is one of the lucrative businesses. But contribution of the sector to national exchequer stands disappointingly low. Traders are making huge amount of money, but not paying any tax to the government," said Dhungana.

This is the first time that the government has imposed tax in every transaction fruits and vegetable traders. But they can adjust the tax amount paid to the government after the end of the fiscal year.

Like other firms and businesses, fruits and vegetable traders also have to pay tax as per the Income Tax Act.

Traders at the Kalimati Fruits and Vegetables Market, however, denied allegations they were not paying tax as per their business transactions. “The accusation is baseless. We all are registered taxpayers. Like other traders, we also furnish our business information to the concerned government agency and pay applicable taxes," Bharat Khatiwada, president of Kalimati-based Fruits and Vegetable Wholesaler's Association, said.

Binay Shrestha, deputy director of Kalimati Fruits and Vegetables Market Development Board, also claimed that he has not witnessed any hike in price due to new taxation system.