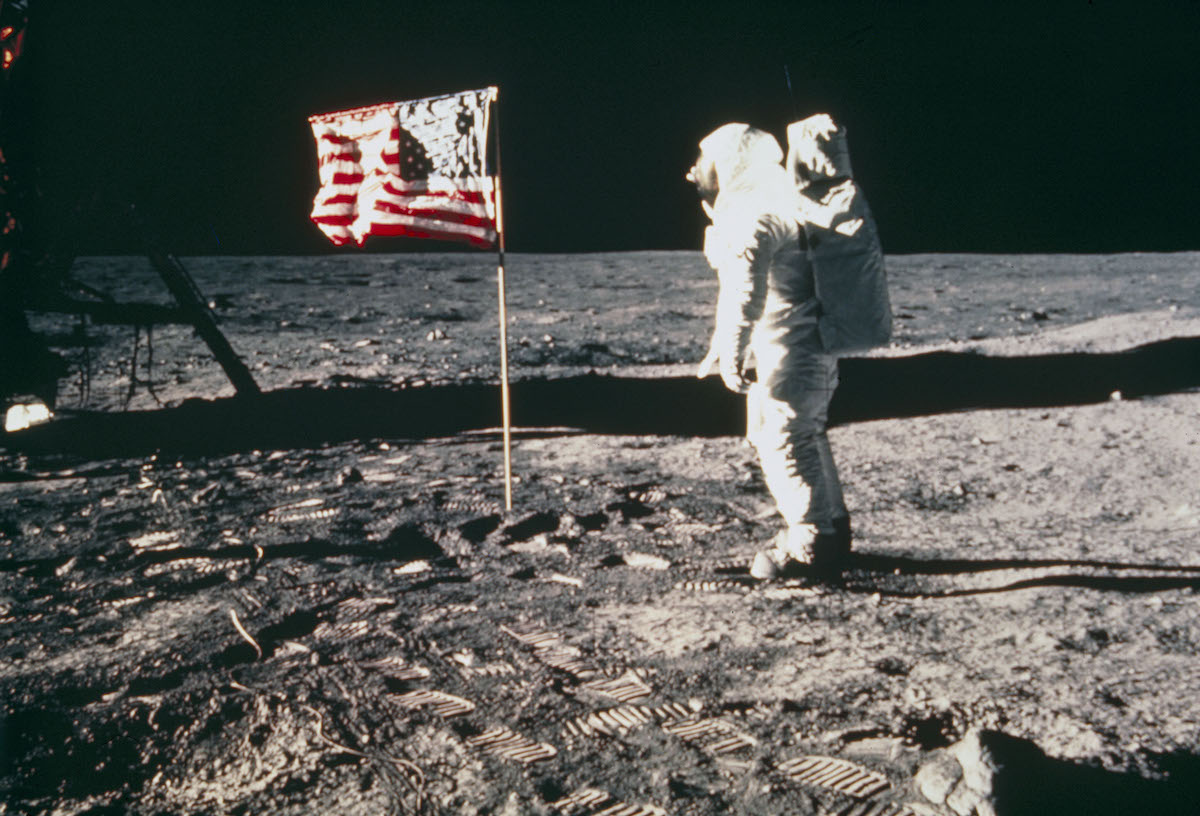 WASHINGTON, July 22:  It takes astrophysicist John O'Meara little time to respond to a question about NASA's most outstanding achievement.

"You can't ignore that NASA put people on the moon," said O'Meara, a professor at Saint Michael's College in Vermont, who often has worked with the space agency.

The moon landing in July 1969 in the midst of the so-called "space race" between the United States and the Soviet Union was "a triumph for NASA and human spirit", the scientist said.

"The world came together for a brief moment and was happy about something - we need more of that," he said.

The moon landing was an early success for NASA, which will celebrate its 60th anniversary this month.

That was just one of the space age firsts claimed by the communist country to the chagrin of the Americans. But the US ultimately claimed victory in the race to land astronauts on the moon when Neil Armstrong and Buzz Aldrin planted an American flag on the its desolate landscape on July 20, 1969.

NASA, which will celebrate the golden anniversary of that event next year, now has a budget of nearly $US20 billion and more than 17,000 employees at multiple sites across the US.

In addition to the moon landing, NASA has sent rovers to Mars and explored the solar system with numerous probes, used telescopes to peer deep into the far reaches of space and joined with other countries, including Russia, in building and maintaining the International Space Station, a permanent outpost of humanity in space.

NASA maintains one of the highest profiles of any government-funded scientific agency, keeping the world informed about the universe through museum and classroom projects and its award-winning website.

The live broadcast of the Cassini Spacecraft's final act after years of exploration - a controlled dive into Saturn in September - has been nominated for an Emmy, the most-coveted US television award.

Although numerous events and celebrations are planned for NASA's 60th birthday, many people recognise that its image isn't as brilliant as it once was.

"NASA is still an amazing agency with amazing people with amazing abilities, but it has lost some of its drive and some of its focus on making the impossible happen. In many ways that's not NASA's fault, but it's because Congress has to determine its budget every year," O'Meara said.

This is of course not fundamentally wrong, but it leads to the fact that new politicians often have to decide and no one wants to commit themselves long term, he said.

The agency's ambitions to send astronauts to Mars have not been realised because of cost and the time it takes to mount such a mission, the professor said.

"No one in politics right now really wants to get behind it, because it's very unlikely that you will see results, that you can take credit for, within your time in office."

As for US President Donald Trump, O'Meara said he has the feeling he "does not really care about NASA" but he praised the man Trump nominated to lead the agency, Jim Bridenstine, who took over in April.

Bridenstine served as a member of the House of Representatives before taking up his new role. A pilot in the US Navy for nine years, Bridenstine was approved only narrowly by the Senate. Opposition Democrats who voted against him pointed to statements he later walked back that questioned whether human activity has contributed to climate change.

"I was very sceptical of Bridenstine, but in the short time he has been in office he has done quite well," O'Meara said, noting that under president Barack Obama, Trump's predecessor, there was a greater effort to promote Earth and climate research.

With the moon landing now almost 50 years in the past, NASA urgently needs a new inspiring mission, O'Meara said. In order to achieve that, it must overcome a few challenges, including ending the reliance on Russian Soyuz capsules to fly astronauts into space. NASA has announced a move to use US spacecraft, but so far nothing has happened.

There also has been little effort put into former president George W Bush's call to return to the moon and establish "an extended human presence" to support future space exploration.

O'Meara said sending people to Mars and one of Jupiter's moons are among other possibilities that would captivate the public's imagination.

"We can make this happen, if NASA wants to go down that very challenging path," O'Meara said.

NASA also is capable of finding the answer to the age-old question of whether humans are alone in the universe.

"It's technologically very complex and challenging, but if NASA gets behind it, we can determine that definitely."

MIAMI, Sept 26: There's something going on beneath the surface of Jupiter's icy moon Europa. But what? ... Read More...

KATHMANDU, June 23: Helvetas Swiss Intercooperation has celebrated its 60 years of establishment in Nepal by organizing a special program. Read More...

Nepal’s Experience with the UN
22 hours ago

Bowing to the pressure of private sector, govt decides lifting ban on imports of luxury goods
8 hours ago

Melamchi water should also be delivered to areas outside KMC: Pradeep Paudel
14 hours ago