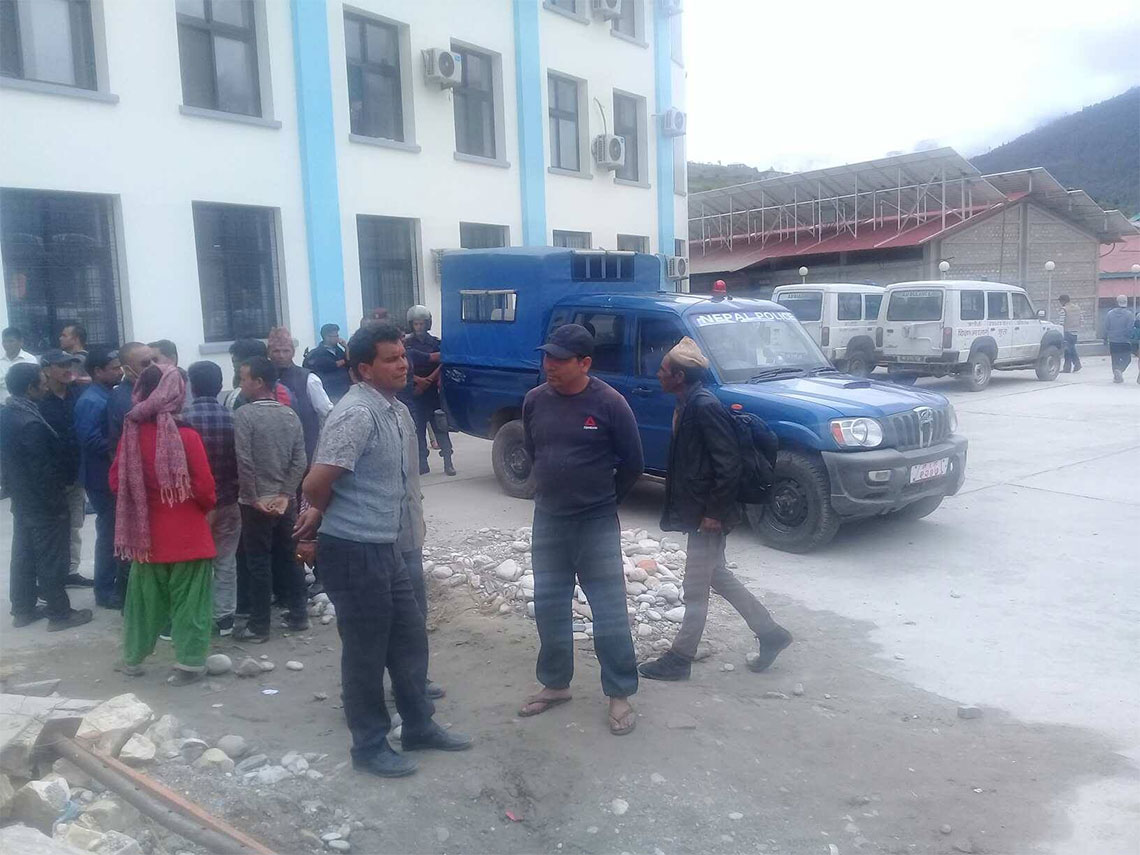 KATHMANDU, July 19: A Nepal Army helicopter has landed on the premises of Bhagawati Dal Battalion of Nepal Army which is 300 meters away from Karnali Academy of Health Sciences.

A team led by Karnali Province Chief Minister Mahendra Bahadur Shahi and Home Minister Naresh Bhandari has reached Jumla. However, they have not yet reached the premises of the hospital.  It is learnt that they have ordered Nepal Police and Armed Police Force to take KC to Bhagawati Dal Battalion from where he will be airlifted to Kathmandu.

On the other hand KC has refused to leave the hunger strike site until his demands are fulfilled by the government.

Nepal Police and Armed Police Force have been deployed in the hospital site.

Meanwhile, hospital nurses, students, women, locals, and civil society leaders are staging a sit-in inside the hospital  locking the chaingate of the hospital, against the government’s decision.

Senior Orthopedic Surgeon Dr KC has been on a fast-unto-death for the last 20 days demanding reforms in the medical sector.