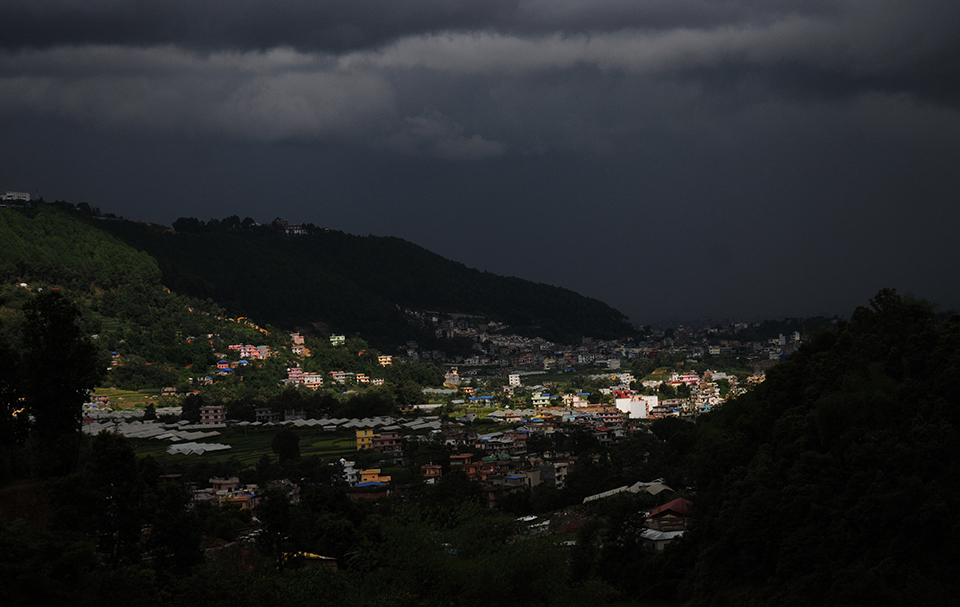 KATHMANDU, July 17: The monsoon trough has fallen below its normal position, thereby resulting to reduced rainfall across the country in the past five days, according to Meteorological Forecasting Division.

Monsoon trough is a line on a weather map showing the locations of minimum sea level pressures and convergence between the wind patterns of the southern and northern hemispheres. During monsoon season, position of the monsoon trough plays an important role in the contribution of rainfall. In general, if it shifts north of its normal position towards foothills of Himalaya, Nepal generally gets significant rainfall when it moves to the south, monsoon break period occurs resulting in less or no rainfall.

“Over the past few days, the monsoon trough is below its level. This is why there’s been sporadic rainfall across the country. If it moves north and rises above, rainfalls occur,” Ganga Nagarkoti, meteorologist at the Meteorological Forcasting Division said. “Low monsoon trough means clouds are unable to form. In turn, the sunlight is sharply exposed to the surface,” she said adding that it was for this reason there has been prickling sunlight in Kathmandu and other parts of the country.

Out of 15 meteorological stations across the country, only Nepalgunj and Jumla received 4.0mm and 0.4mm rainfall respectively in the last 24 hours.

Forecast for today according to MFD

Generally cloudy throughout the country. Brief rain possible at some places of the eastern and western regions and at a few places of the central region.

Forecast for tonight according to MFD

Generally cloudy throughout the country. Light to moderate rain possible at a few places of the eastern and western regions and isolated brief rain likely to occur at one or two places of the central region.

KATHMANDU, Sept 30: There is a possibility of rain in most parts of the country including Kathmandu Valley on Thursday. Read More...