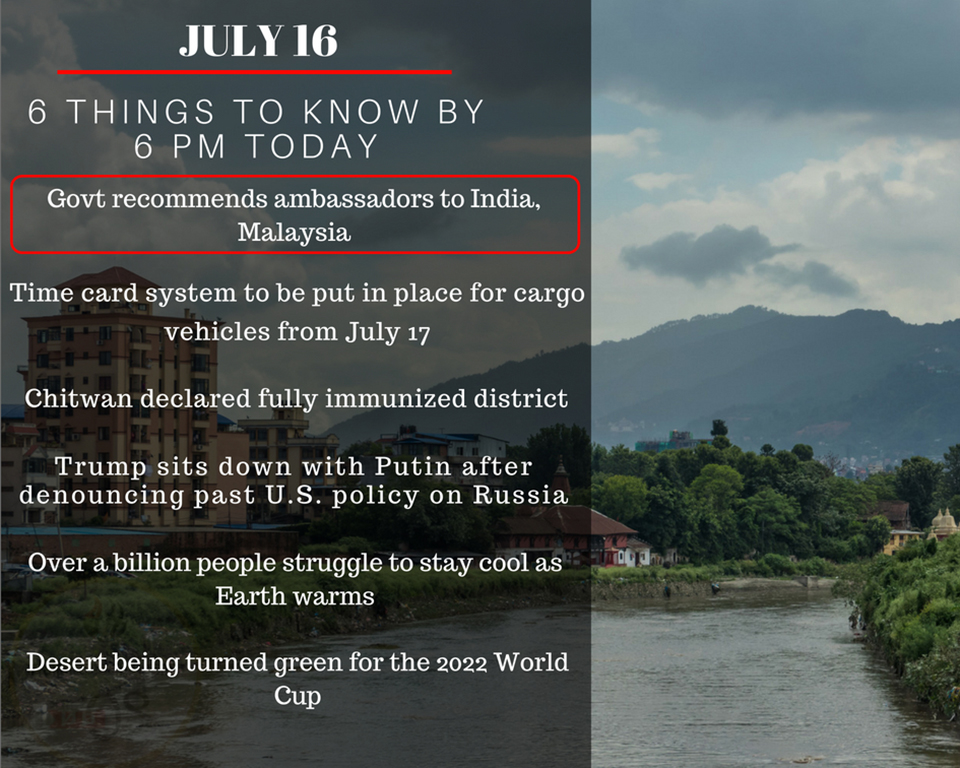 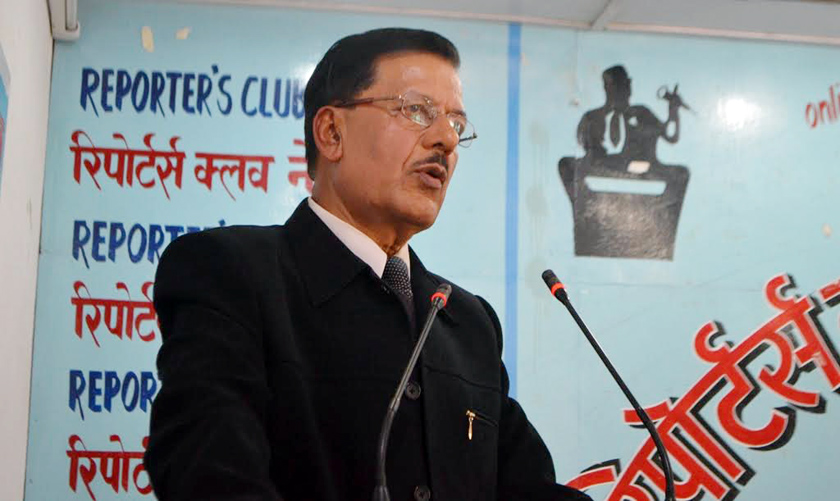 The government has recommended Nilkantha Upreti, former chief election commissioner as a new ambassador to India. The cabinet meeting held on Monday afternoon has decided to recommend the name of Uprety as the new envoy to the southern neighbor, Minister for Foreign Affairs Pradeep Gyawali informed after the meeting.

The Metropolitan Traffic Police Division is all set to bring the time card system into operation for cargo vehicles plying from Jagati of Bhaktapur to Koteshwar of Kathmandu beginning from July 17.  The traffic police is implementing the time card system in its bid to minimize the increasing traffic accidents in the Kathmandu Valley.  As per time card system, goods-carrying vehicles like trucks, tippers, vans etc will have to maintain speed limit of 40 kilometres per hour on the six-lane road from Jagati to Koteshwar.

U.S. President Donald Trump and Russia’s Vladimir Putin arrived at the presidential palace in Finland for a long-awaited summit on Monday after Trump blamed Washington’s own past “foolishness and stupidity” for bad relations. The Russian foreign ministry “liked” Trump’s comments on Twitter ahead of the summit, in which Trump denounced the investigation into Russian meddling in American elections as well as previous U.S. policy.

Over a billion people struggle to stay cool as Earth warms 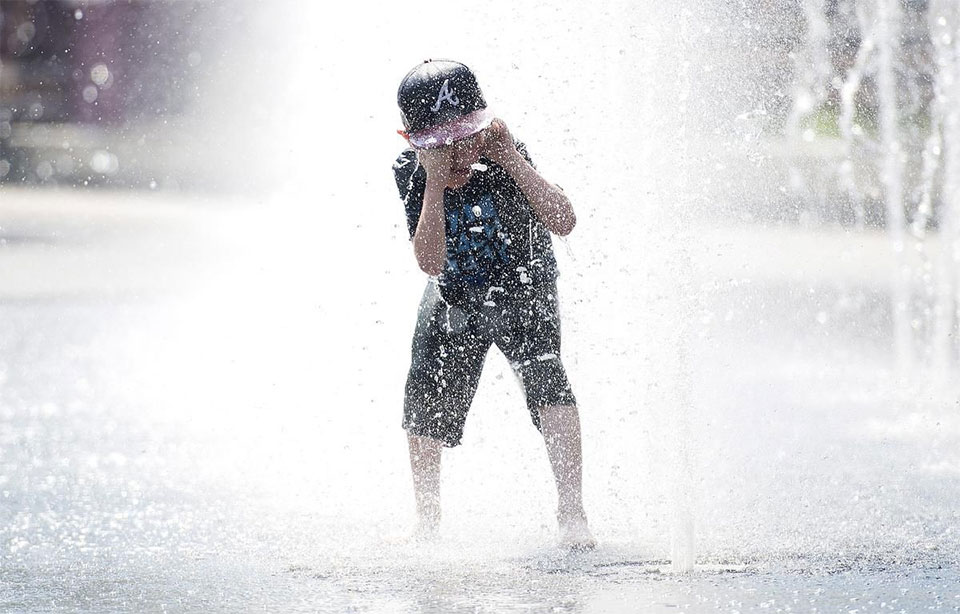 More than a billion people are at risk from a lack of air conditioning and refrigeration to keep them cool and to preserve food and medicines as global warming brings more high temperatures, a study showed on Monday. More electricity demand for fridges, fans and other appliances will add to man-made climate change unless power generators shift from fossil fuels to cleaner energies, according to the report by the non-profit Sustainable Energy for All group.

Desert being turned green for the 2022 World Cup

The roads here can be impervious to GPS navigation. Drive around the city, and the green line on the screen will start interlacing into useless shapes. The robot voice will begin to contradict itself. Qatar has been this way, to an extent, for more than two decades, since a gas boom transformed the nation’s fortunes. It has grown denser, taller and ever more unrecognizable (to humans and machines) from one day to the next. But in the last few years that process has accelerated to a dizzying speed as the country prepares to host soccer’s next World Cup.

Digitization for agriculture revolution
22 hours ago

PHOTOS: A school in Kageshwori Manohara Municipality resumes classes after seven months of shut down
53 minutes ago