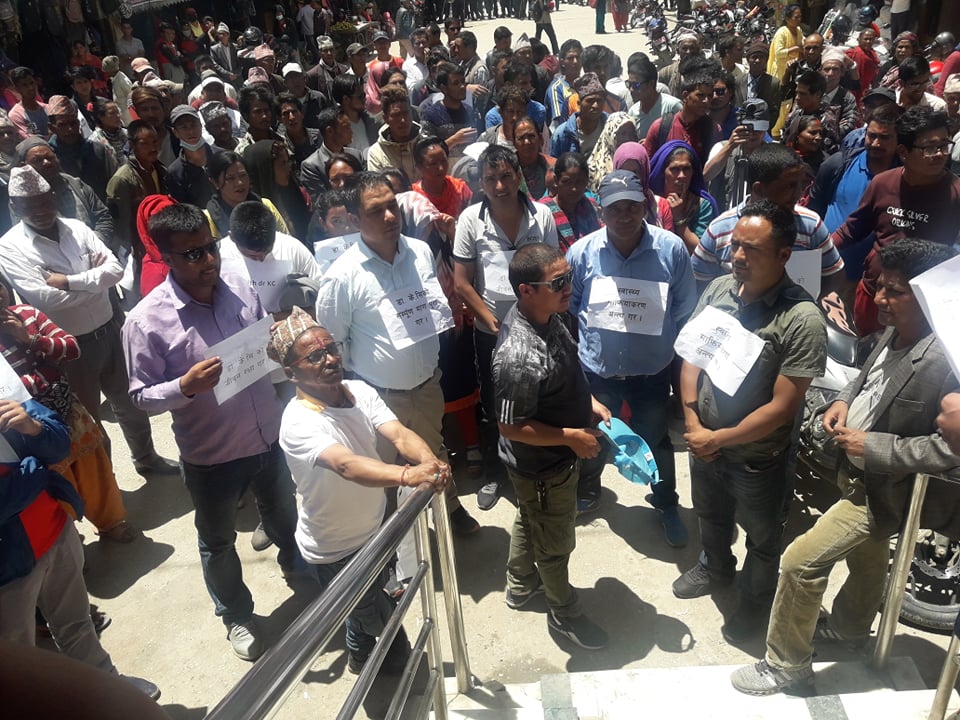 JUMLA, July 15: Nepali Students’ Union took to the streets of Jumla urging the government to back its decision on a revised medical ordinance bill. NSU expressed support with Dr. Govinda KC and his cause as they disobeyed prohibitory zone orders. The supports argued that KC’s demands were directed to spread health facilities across the country while ensuring affordable access to health for the poor and the deprived.

Addressing a gathering at at Balmandir of Khalanga, Kafle said that everyone needed to support KC’s pleas as it would help to expand a citizen’s access to health in rural areas. “The Oli led government is trying to escape from this issue by making local government a escape goat,” he said as he accused the government of exhibiting traits of a monarch.

“If Jumla wakes up to support his plea, a wave of supporters will erupt across the country,” Kafle said as he urged everyone to stand above their political interests and work for the national good.

The vice chairperson, Ram Prasad Adhikari said that KC had no vested interests except that each citizen, regardless of their economic status, would be entitled to quality health care at an affordable price.

Both the leaders urged the government to implement the Mathema report as it is.

KATHMANDU, July 8: Protests have sparked in Kathmandu in support of Dr Govinda KC, who is staging a fast-unto-death in Jumla,... Read More...