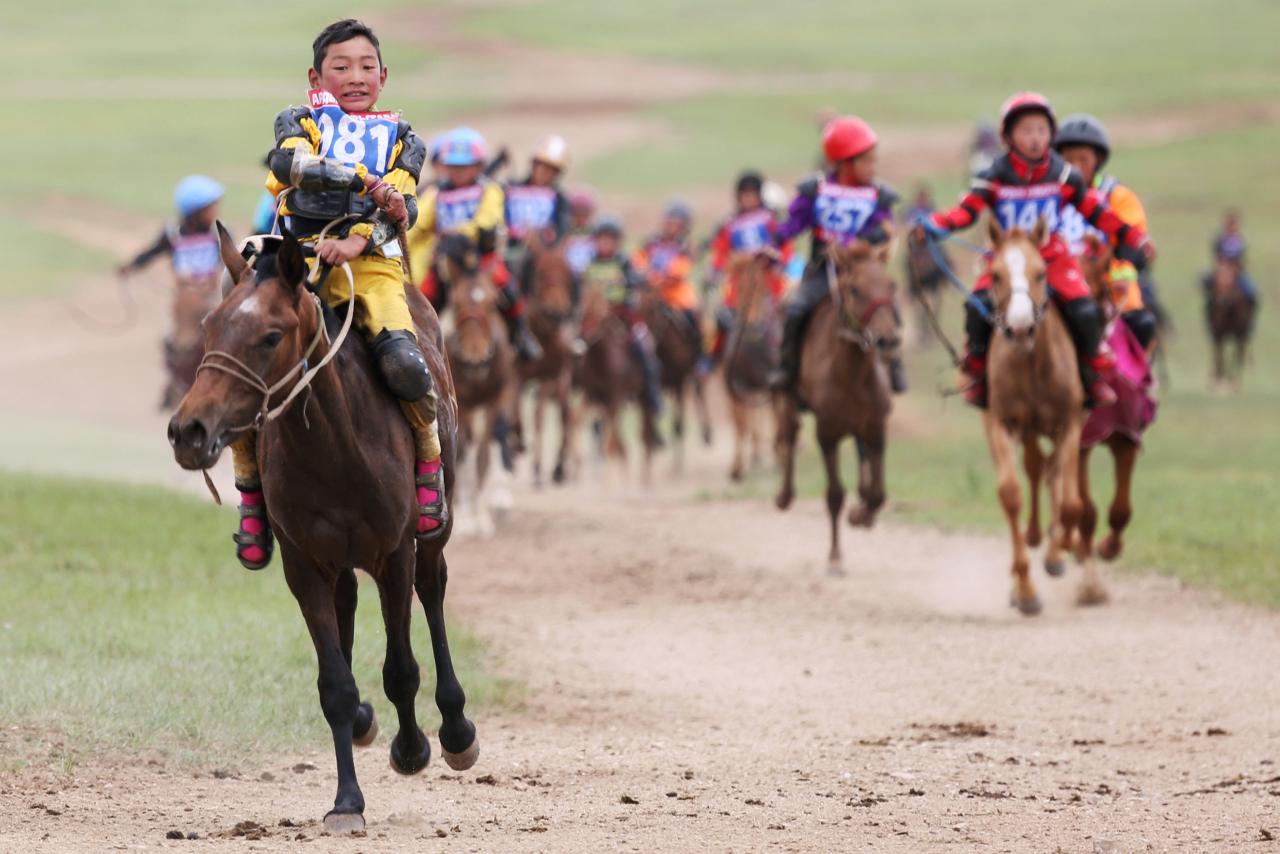 The festival held last week highlighted a sport that is a source of prestige in Mongolia, where nomadic families take pride in their children becoming jockeys and racing their horses.

But the practice also faces criticism for putting children at risk and international organisations called for an end to what they say is the "exploitation" of vulnerable children, many of whom miss school to prepare for races, and work long hours for low wages at large stables.

The minimum age for a jockey is just seven, though authorities have struggled to enforce that.

Last year, as many as 10,435 children participated in 394 races nationwide, official figures show. More than 600 were thrown from their horses, 169 were injured and two were killed, the figures show.

Some children as young as five have been hurt in contests in previous years, Mongolia's National Traumatology and Orthopaedics Research Centre says.

"Studies show that horse racing violates the right of children to survive, be educated and be protected," said Tsolmon Enkhbat, programme coordinator with Save the Children in Mongolia.

"There is no legal regulation to determine and punish perpetrators in the case of a child fatality," she said.

Organisers of the Naadam festival said they were introducing new safety standards and registration methods.

"With public awareness rising on issues of child safety, of course child protection gets better," says Enkhbaatar Altangerel, an official with the authority.

"This is not about prohibition. This is about better regulation and better protection," he said.

Though regulators plan to raise the minimum age for a jockey to nine years old, Tsolmon of Save the Children said Mongolia should impose strict limits on racing and that should include banning child racing in winter and spring, when conditions are most dangerous.

"We are against involving children in commercial racing. It is child labour exploitation," she said.

During the endurance race on Wednesday, nine out of 338 child jockeys were involved in falls and two suffered injuries. Despite the concerns, many riders and their parents think the risk is worth taking.

"I like to race," said 11-year old Usukhbayar Otgonbayar ahead of the race. "This time I will win."