KATHMANDU, July 12: Rain is the forecast throughout the country, according to an alert published by the Department of Hydrology and Meteorology. According to the alert, major rivers and rivulets are likely to swell and trigger early warnings.

With rainfall throughout the day, water levels in the Kankai, Koshi, Kamala, Bagmati, Narayani, West-Rapti, Babai, Karnali and Mahakali rivers are expected to rise. “We therefore advise residents living closer to the riverbanks to stay on high alert,” the alert reads. The water levels are likely to recede in the next two days.

Meanwhile, parts of the country have been affected due to incessant rainfall since yesterday night.

The Pokhara-Baglung road section which was obstructed at Bajung of Modi rural municipality-5 has reopened after 12 hours. Torrential rainfall since yesterday night led to landslides from 10 PM yesterday.  The landslide has affected vehicular movements towards Mustang, Myagdi, Baglung and Parbat. While attempts were made to clear the debris immediately, this has been affected due to continuous landslides.

Three people residing in a temporary shelter at Changunarayan municipality, Bagishwori-7 were killed after flooding. The deceased have been identified as Hira Bahadur Lama, 70, Dan Maya, 65, Sampada Lama, 2 of a single family. Parts of Bhaktapur have submerged after Hanumante River swelled due to last night’s torrential rainfall. The submerged areas include temporary shelters at Jagati and Barahisthan, Radhe Radhe, Kamerotar and Madhyapur Thimi. The entire stretch from Radhe Radhe to Nikosera has been inundated with up to four feet of water. Meanwhile, the Nepal Army has initiated rescue operations. Hundreds of houses have been flooded by the rain.

Banepa’s Pul bazaar has been inundated and vehicular movements have been obstructed after the Purnamaya River swelled. The flood has submerged many houses in the area.

Likewise, areas on both sides of the Araniko highway from Chardobato to the way leading to Balkot are waterlogged in Madhyapur Thimi. The low-lying areas in Gaththaghar are also facing inundation. The Madhyapur hospital and surrounding areas have also been inundated.  Likewise, a landslide at Patlekhola of BP Highway has obstructed vehicular movement from Kavre Bhanjyang.

A landslide at Fikkal rural municipality-2 of Sindhuli has obstructed the Mid-Hill highway at Sindhuli. Works are ongoing to clear the debris and reopen the highway.

The work for clearing the debris of the landslides at Betrawati, Majhgaun, Sole and Bahraghumti of the district has started said, CDO Krishna Poudel. Road Division Office of Nuwakot has already sent a excavator to clear the road section from Betrawati up to Kalaikasthan.

Attempts are being made to open the highway by today afternoon. 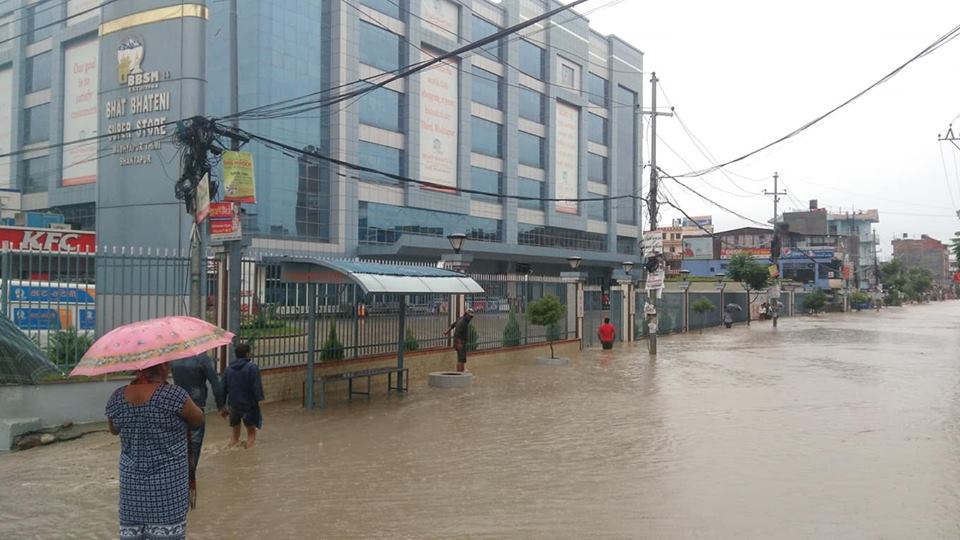 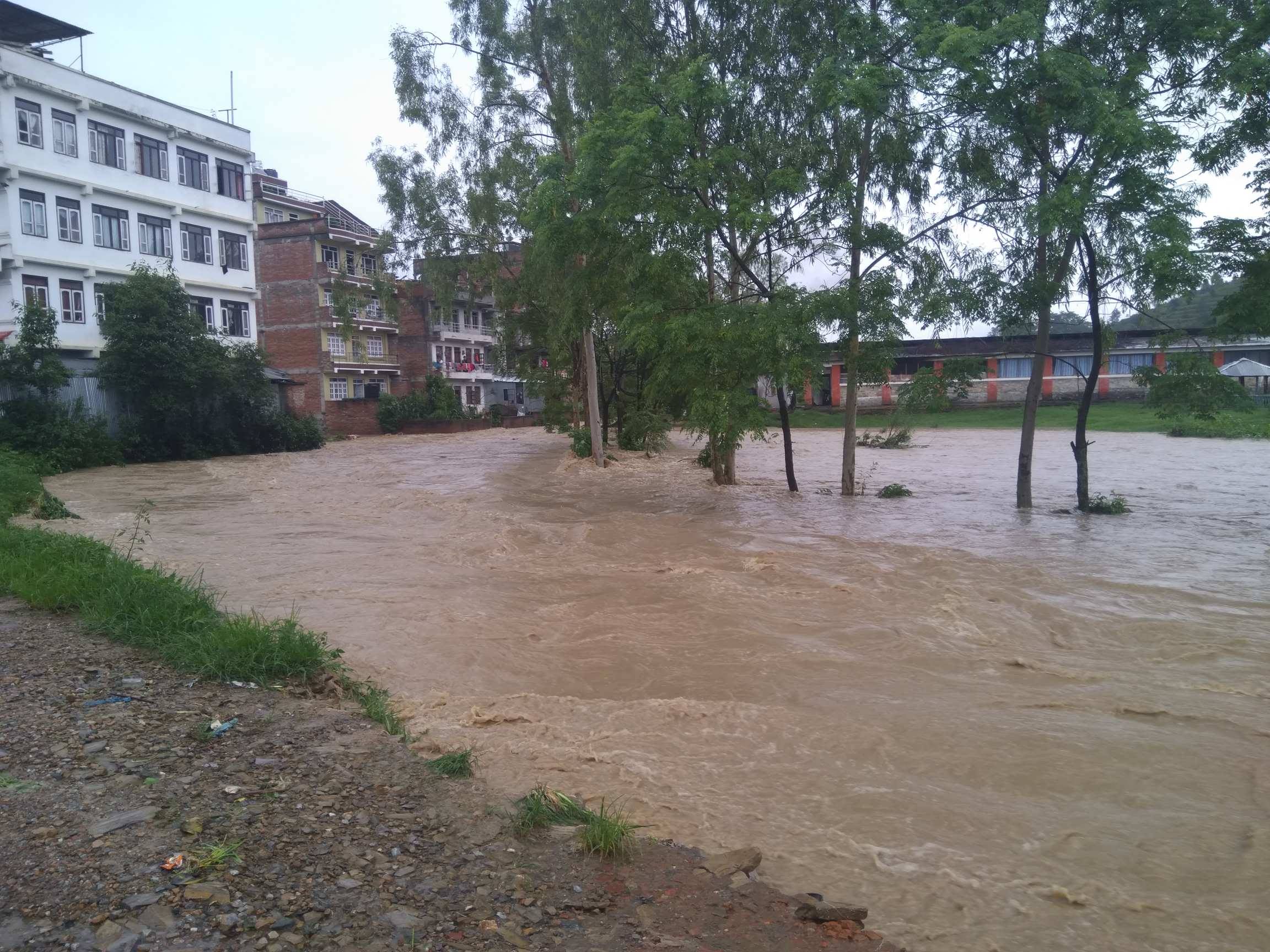 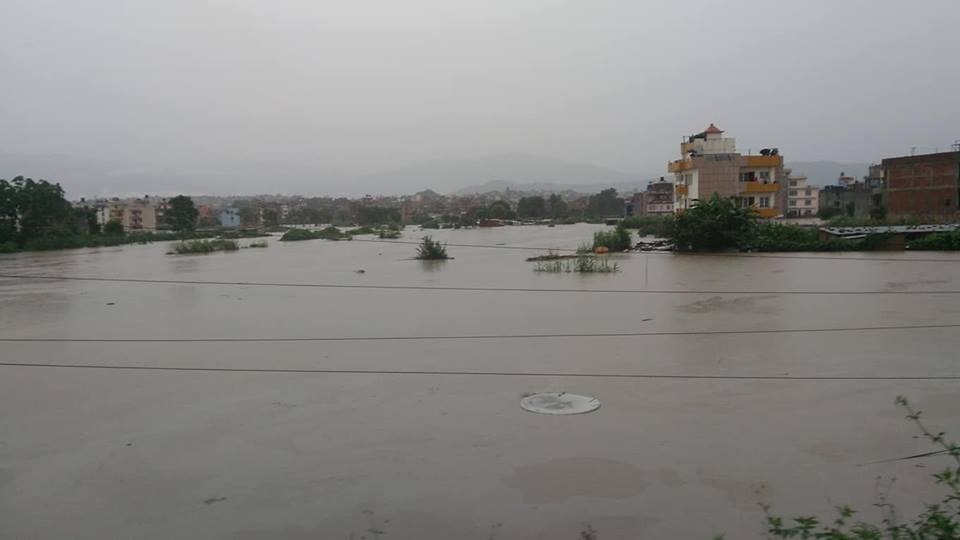 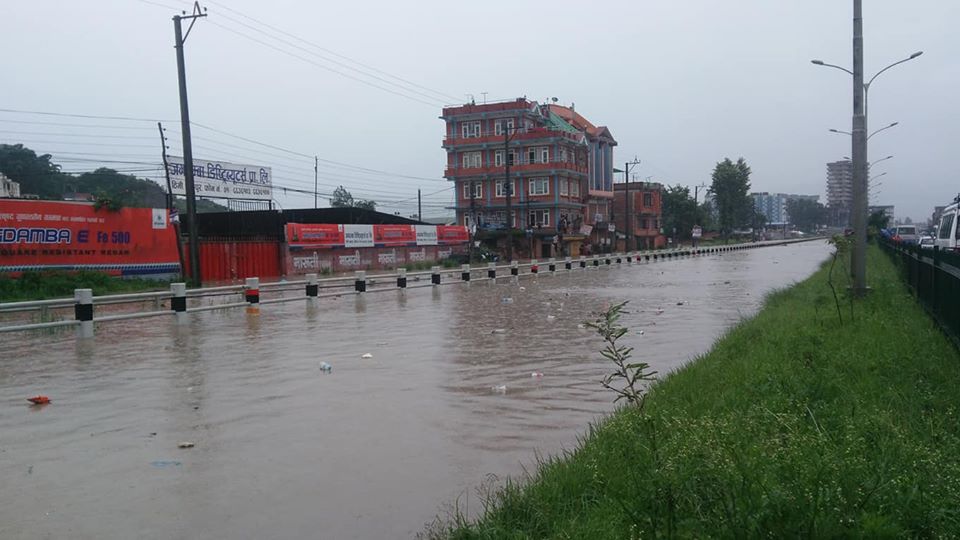 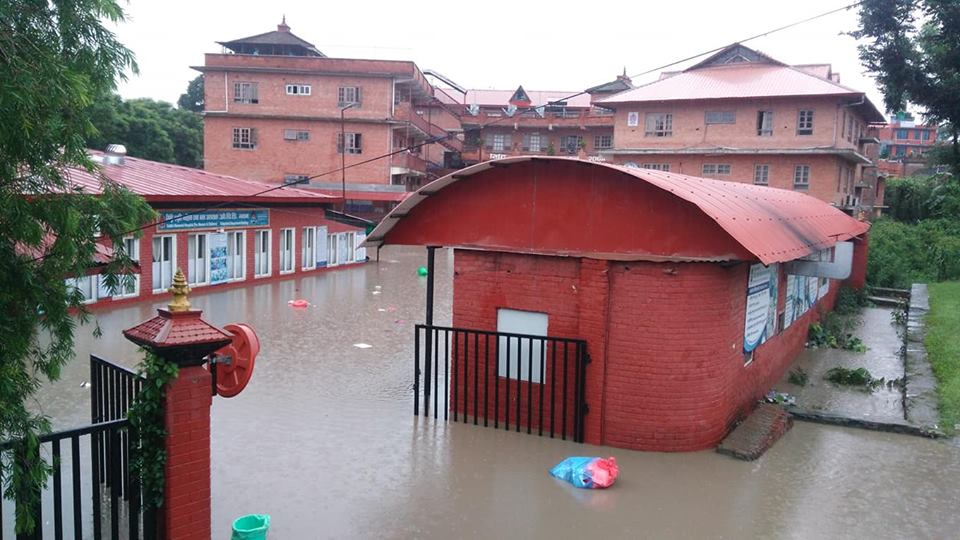 Inside the Flood Forecasting Section: How timely forecast could save lives

KATHMANDU, August 23: Last week when almost all the southern plains of Nepal were hit by incessant downpours, employees at the... Read More...

Digitization for agriculture revolution
20 hours ago