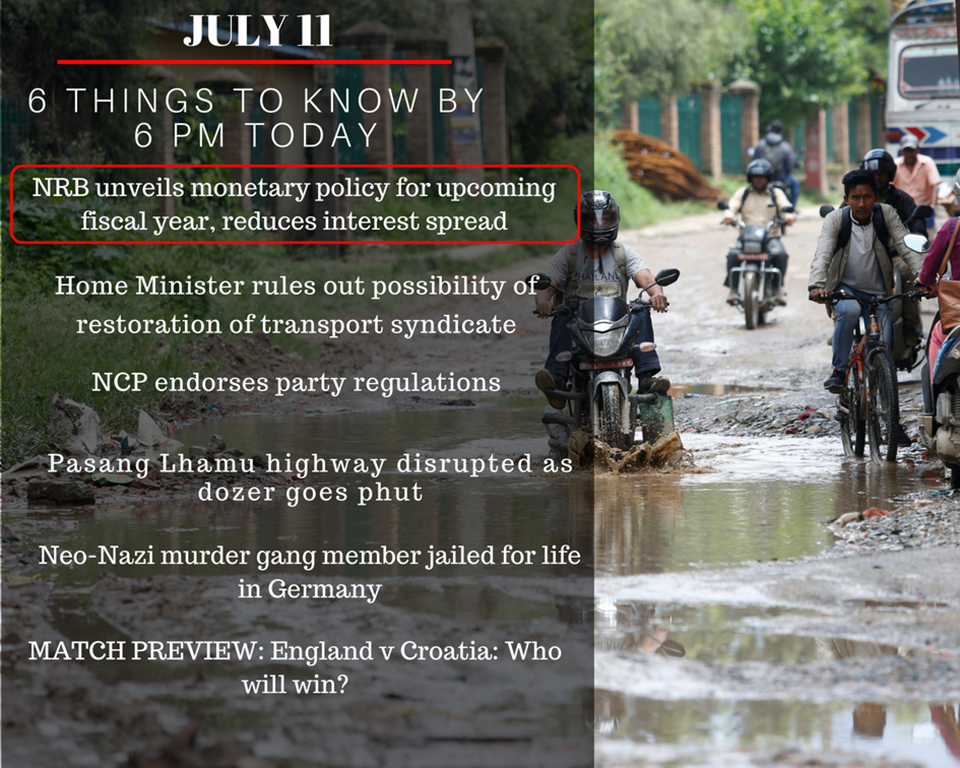 Home Minister Ram Bahadur Thapa has ruled out the possibility of the revival of syndicate in public transport sector.  In his address today to an interaction program on "existing confusions in the transport sector, challenges and solution" organized at the New Buspark, Gongabu, the Home Minister said still efforts were being made to re-establish the transport syndicate, adding that it was never possible. The Nepal Communist Party (NCP) has endorsed the regulations of the party on Wednesday. A secretariat meeting of the party held at the Prime Minister’s residence in Baluwatar passed the regulations,  NCP spokesperson Narayankaji Shrestha told Republica Online. The secretariat meeting to be held tomorrow will devise work-plans to forge unity among class-based organizations, said Shrestha.

Traffic along the Pasang Lhamu highway has been disrupted after a dozer went phut at Grang in the district on Wednesday. The highway was disrupted after the dozer stopped working that was returning home after removing debris brought by the landslide caused by incessant rain continuing since Tuesday night, Chief District Officer Krishna Paudel told Republica Online. A member of a German neo-Nazi gang was jailed for life on Wednesday for her part in the murders of 10 people during a seven-year campaign of racially-motivated violence. Beate Zschaepe, 43, was part of the National Socialist Underground (NSU), whose members killed eight Turks, a Greek citizen and a German policewoman, the Higher Regional Court in Munich ruled.

England v Croatia: Who will win? This is a FIFA World Cup semi-final decades in the making. Both sides have waited patiently for their turn, each experiencing heartbreak in prior editions since they last appeared in the final four. Croatia have 'only' had to wait 20 years (semi-finalists at France 1998), while England last reached the semi-final stage 28 years ago at Italy 1990.

PHOTOS: TIA on the first day of resumption of domestic flights after six months
20 hours ago

NAC to fly to 10 domestic destinations
22 hours ago

COVID-19 pandemic has devastated the economy. But there is still time to save it from total collapse.
4 minutes ago