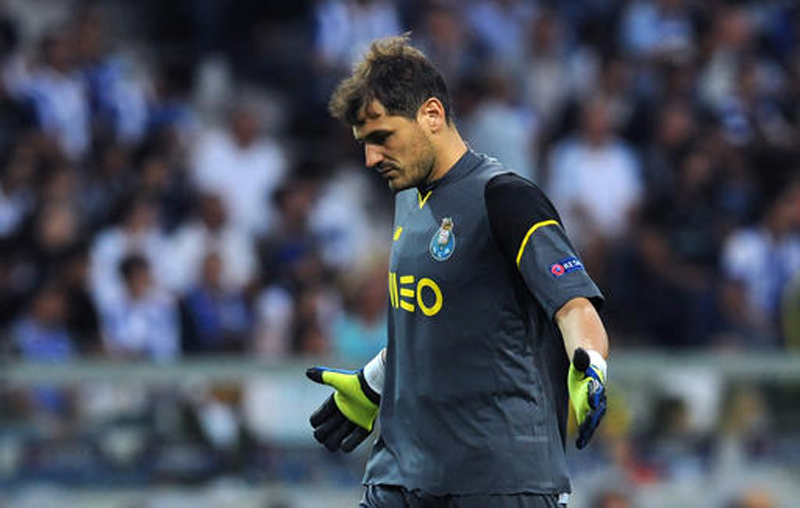 Casillas has a team-record 167 matches for Spain, although the 35-year-old goalkeeper didn't play a minute of the European Championship because he was David de Gea's backup.

Lopetegui said Casillas could return to the team, however.

"Iker is an icon, both past and present, but in this case we decided that our starting goalkeeper will be De Gea," Lopetegui said. "But in no case does this close the door for Iker. We will be watching his performance level closely."

Since his debut in 2000, Casillas has manned Spain's net through its unprecedented run of three major titles, when it won the 2010 World Cup in between the 2008 and 2012 European Championships.

Lopetegui was coach of FC Porto when Casillas left Real Madrid after 16 seasons for the Portuguese club in July 2015. Lopetegui was fired midway through the season and was without a job until last month when he replaced Vicente del Bosque, after Spain was eliminated in the round of 16 of Euro 2016.

Strikers Diego Costa and Paco Alcacer both return after Del Bosque dropped them for Euro 2016.

Andres Iniesta was injured and left out.

Worldwide screening of '14 Peaks, Nothing Is Impossible' based on Nirmal Purja's biography
23 hours ago

Snowfall forecast due to influence of Westerly trough
17 minutes ago