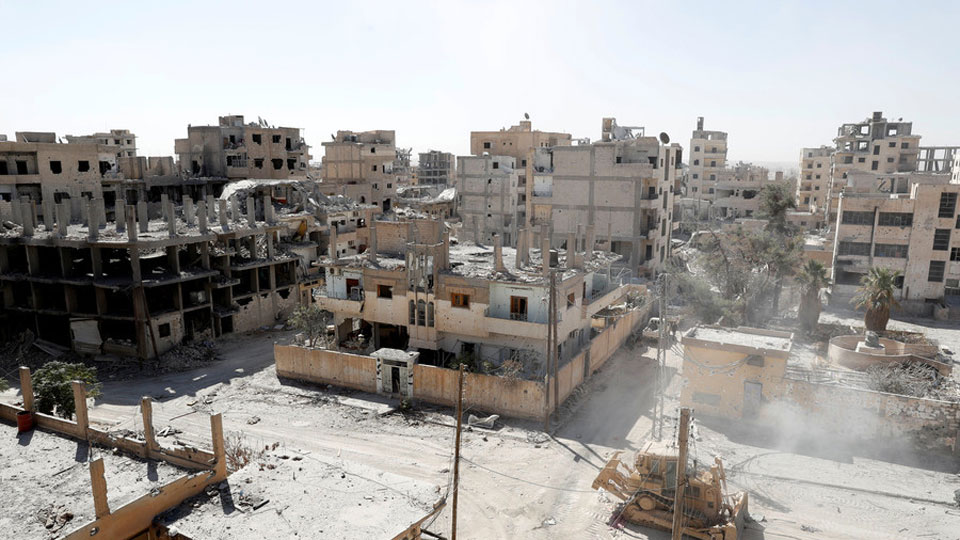 RAQQA, July 10: Scores of corpses are still being dug up from the ruins of Raqqa, one year after its US-backed liberation from IS, but the West is seemingly in no rush to help the community recover. RT takes a look at the city’s plight.

Once a prosperous and vibrant place, Raqqa emerged from the 2017 liberation operation with 90 percent of its buildings blasted into ruin. The city suffered almost complete destruction as US-backed coalition airstrikes pounded Islamic State (IS, formerly ISIS) forces holed up in it. A year on, the fighting has stopped, but streets lie in ruin and dead bodies are still being dug up daily from beneath the rubble and mass graves.

"In this grave there are people of all confessions. Militants, civilians, children, the elderly... They were from all parts of society. Some of them were killed in the fighting, some – from the airstrikes. Others were killed by snipers. All causes of death can be found here,"pathologist Asaad al-Mashudj, who is part of the first response team, told RT Arabic.

Asaad and his colleagues spent the last seven months digging up corpses with picks and shovels. In the few hours before talking to RT, they recovered 80 bodies. But as he and his team are struggling to do more, they are lacking heavy equipment, financing and proper safety gear, just like the other first responders in Raqqa.

Despite numerous appeals from humanitarian organizations and rights groups, such as Human Rights Watch (HRW), those who were quick to bomb Raqqa are now doing little to help it heal the scars of war and return to normal life.

"Unfortunately, progress appears to be slow, and the resources necessary for it to be completed do not seem to be in place," Sara Kayyali, a Syria researcher at HRW's Middle East and North Africa Division, told RT. She said that one of the main obstacles to exhuming the bodies are the landmines the militants left behind.

"The process of de-mining is very slow. There needs to be more support, not just financial but also in terms of technical assistance and forensic expertise."