Infographics: US states at risk from trade war 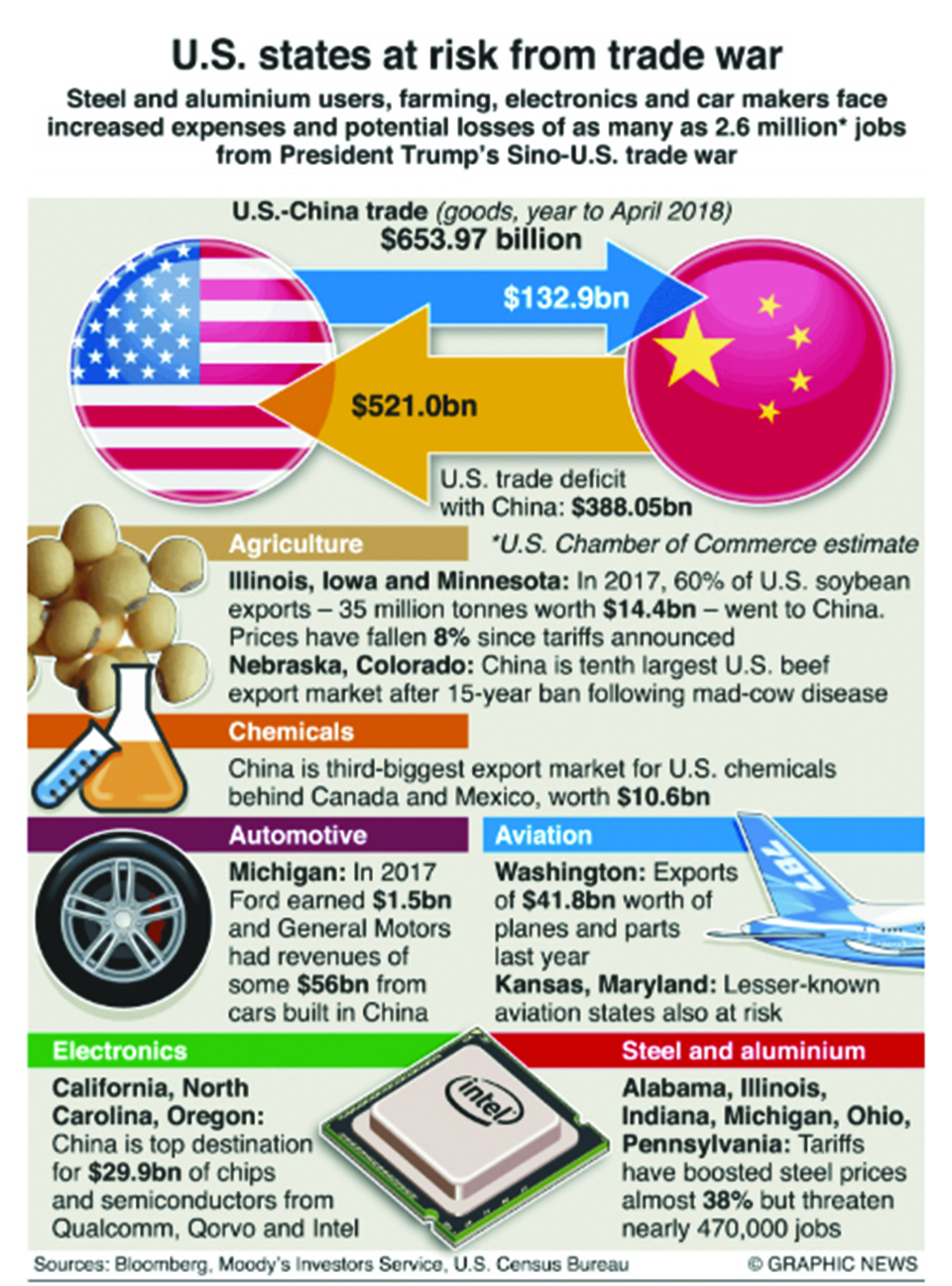 The threat of a Sino-U.S. trade war become a reality at 04:00GMT Friday as U.S. tariffs of 25% on about $34 billion worth of Chinese imports took effect. China accused the U.S. of “launching the biggest trade war in history.” Steel and aluminium users, farming, electronics and car makers face increased expenses and potential losses of as many as
2.6 million jobs from President Trump’s trade war.

Steel prices have risen almost 38 per cent in the U.S. on the back of the Trump administration’s import duty, creating more than 3,000 jobs across the country, but higher prices present a problem for companies that use those metals. A study by economists Joseph Francois and Laura M. Baughman at consulting group The Trade Partnership estimated that layoffs in industries that rely on steel and aluminium to produce goods would reach nearly 470,000, far outweighing the potential increase of 26,300 jobs in the metals industries.

American farm jobs are also at risk in the lucrative soybean producing states of Illinois, Iowa and Minnesota, which export about 35 million tonnes of soybeans worth $14.4 billion to China a year. An additional 25 per cent tariff on soybeans will add $100 per tonne on U.S. exports. Tom Donohue, chief executive of the U.S. Chamber of Commerce, has warned that the trade war threatens as many as 2.6 million American jobs.

Infographics: Trade war between US and China

Trade war between US and China ... Read More...