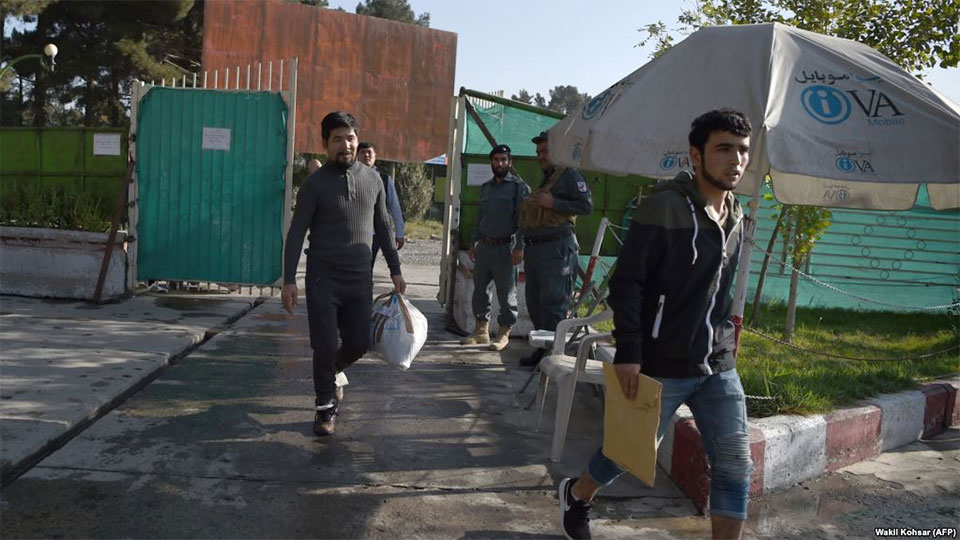 Afghans deported from Germany arrive at the international airport in Kabul in September 2017.

GERMANY, July 5: Germany has deported 69 Afghan nationals, whose asylum requests were rejected, back to their home country, German and Afghan officials say.

A plane carrying the men from Munich to Kabul, arrived in the Afghan capital early on July 4, Afghan migration officials said.

It was the largest collective deportation since the start of the direct deportation flights from Germany in December 2016.

Germany has vowed to step up the removal of foreigners whose asylum requests have been rejected.

Joachim Herrmann, the state minister of Bavaria, where 51 of the deported men had been living, said that unlimited deportations to Afghanistan had recently been approved by Germany's federal government.

In recent years deportations to Afghanistan were mostly limited to people with criminal convictions.

German authorities had halted collective deportations after a May 2017 truck bombing in front of the German Embassy in Kabul killed more than 90 people and injured some 400 others.

But Berlin restarted deportations in September 2017 in three categories: suspected terrorists, criminals, and individuals who did not cooperate with the German government regarding their documents.

The latest deportation comes amid a worsening security situation in Afghanistan, with intensified attacks by Taliban militants as well as the Islamic State extremist group.