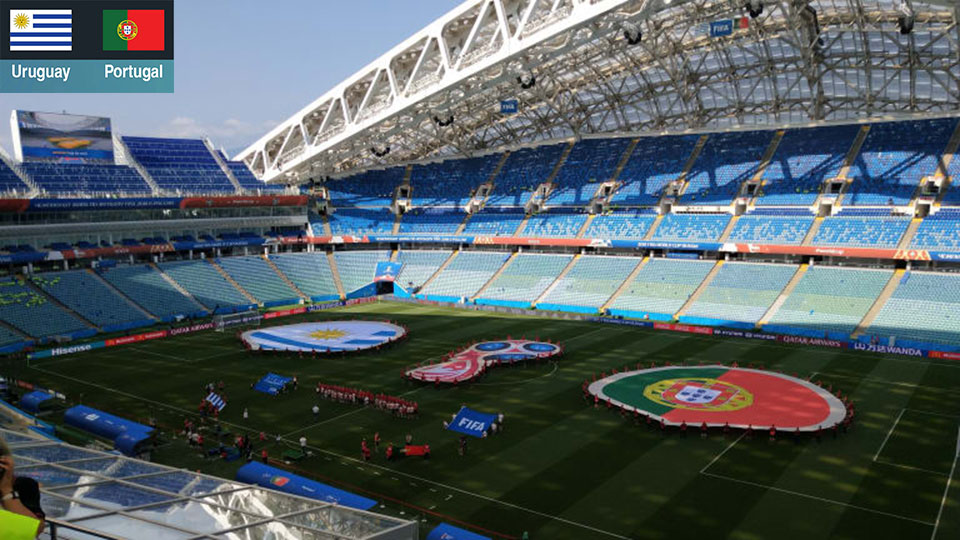 For teams and fans alike, Saturday 30 June is when things get serious in Russia. And by the time the whistle goes to start the Round of 16 fixture between Uruguay and Portugal, the teams will already be aware of who lies in wait for the victors in the quarter-finals.

However, the South Americans and the European champions would be well advised to remain focused on the task at hand. With Luis Suarez and Edinson Cavani teaming up on one side, and Cristiano Ronaldo on the other, even the tiniest lapse in concentration could prove fatal.

It will be only the third time in history that the teams have played against each other, and their very first meeting at the FIFA World Cup. Yet many of the players will be perfectly familiar with those lining up against them on Saturday, with the two squads packed full of team-mates and rivals from club football in Portugal, Spain and beyond.

The match will also be decided on the sidelines and in the dressing rooms. Oscar Tabarez and Fernando Santos are two of the most experienced coaches at the World Cup, and they will be doing everything in their power to ensure that their players are in the best possible frame of mind come kick-off on Saturday evening.

Team reporter analysis
Uruguay qualified from the group phase with an unblemished record and are hoping to carry that momentum into the latter stages. The team are gelling superbly and Tabarez’s only dilemma concerns the defence, where he may make a change. The aim will be to win the midfield battle and to gamble on the pace of their forwards.- Florencia Simoes with Uruguay

Portugal are well prepared and hopeful of delivering a big performance against Uruguay. The team are growing in strength at the tournament but must improve in the transition from midfield to attack and get more bodies into the box in order to score more goals. - Raquel Branco with Portugal

Did you know?
In their history at the World Cup, only once have Uruguay come up against a European team in the Round of 16. The match in question came at the 1990 tournament in Rome, where La Celeste were beaten 2-0 by hosts Italy. Who was in charge of the team on that occasion? None other than a certain Oscar Tabarez.