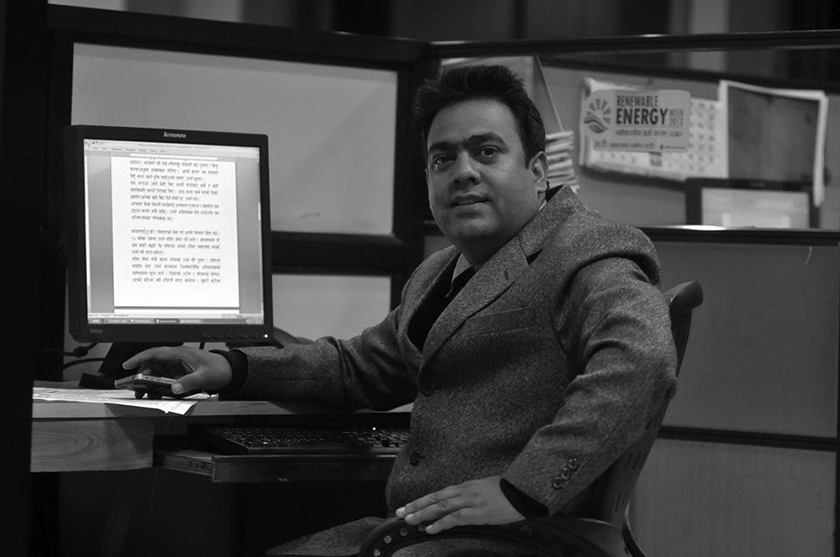 Thapaliya passed away this afternoon while undergoing treatment for viral influenza at Kathmandu Medical College (KMC) today. He was 42.

Thapaliya had been admitted to KMC, Sinamangal, after he complained of headache and high fever last Wednesday.

Earlier on Sunday, he had visited Siddhi Polyclinic, Dilli Bazaar. When his fever did not seem to wear off, he was referred to KMC for further treatment on Wednesday night.

“Patient Thapaliya was diagnosed with viral influenza. We could not save him as no medicine available in Nepal could help lower his fever and cure him,” his family sources quoted KMC doctors, who were attending to him, as saying.

Thapaliya, who had served Nagarik daily for seven years as a copy editor, was associated with Kantipur daily until recently.

Thapaliya, originally from Kavre, is survived by his wife and two daughters. His last rites were performed at Pashupati Aryaghat today itself.

KATHMANDU, Feb 26: Thakur Belbase has been appointed as station manager as well as news chief of the soon-to-be launched Radio... Read More...

Former President to stay for some more days in hospital

KATHMANDU, Jan 22: Though former President Dr Ram Baran Yadav's health is getting back to normal, he will stay for... Read More...