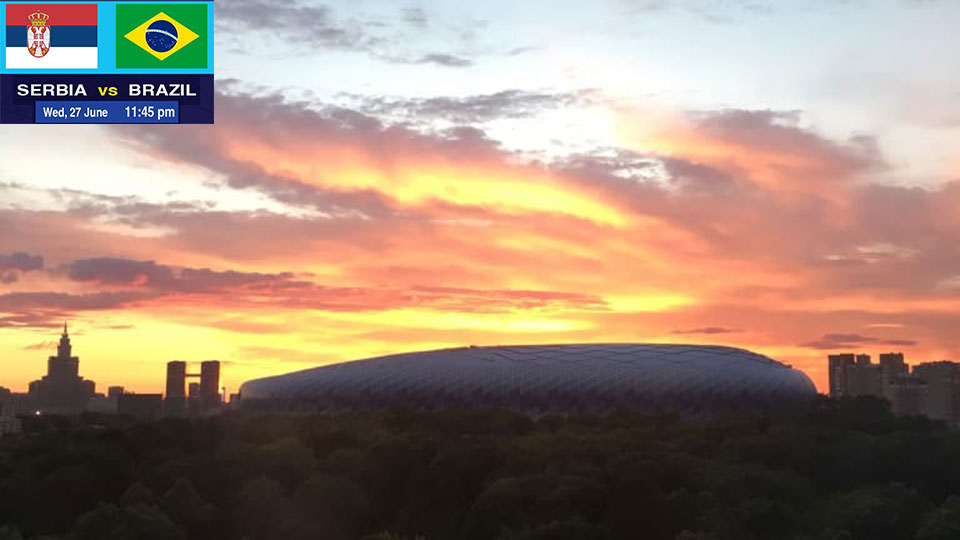 The two teams to advance to the Round of 16 will only be decided on the final day of action in Group E as Serbia meet Brazil and Switzerland tackle the already-eliminated Costa Rica.

Brazil sit top on four points, along with Switzerland, while Serbia are a point adrift.

The match in Moscow's Spartak Stadium is a must-win encounter for Serbia, who are still smarting from a late, heart-breaking 2-1 loss to Switzerland.

Brazil, who have not got out of first gear in Russia thus far, were held to a 1-1 draw by Switzerland, before a late rally earned them a 2-0 win over Costa Rica. The Samba Stars are set to be without winger Douglas Costa, who was injured against Costa Rica.

Team reporter analysis
Serbia hope to put the last-gasp loss to Switzerland behind them when they face five-time champions Brazil. Serbia need a victory, or perhaps a draw if Costa Rica are to do them a favour in the other match which will be played concurrently. The feeling in the Serbian camp is that all the pressure is on Brazil, and therefore the dream is still very much alive. - Sonja Nikcevic with Serbia​

The expectation at A Selecao’s base camp is that those late goals against Costa Rica will help the team settle down and play better going forward. Despite the fact that Serbia need a result in this game, Brazil are not sure they will face an attacking team. But should that not be the case, it would be an interesting change in Tite’s game plans as they have so far been dealing with very cautious defences. - Giancarlo Giampietro with Brazil

Did you know?
Philippe Coutinho has been Brazil's most decisive player in Russia thus far having scored two of their three goals so far. But his relevance goes beyond that as he is also A Selecao's player who has covered the most ground in the two previous matches - 22.1 kilometres. 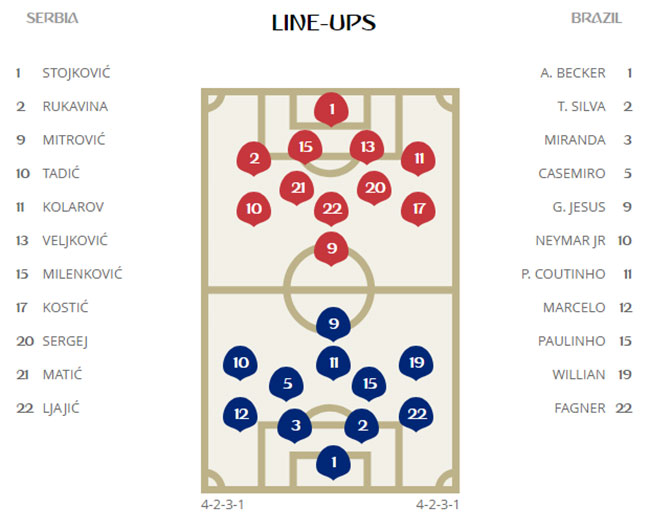