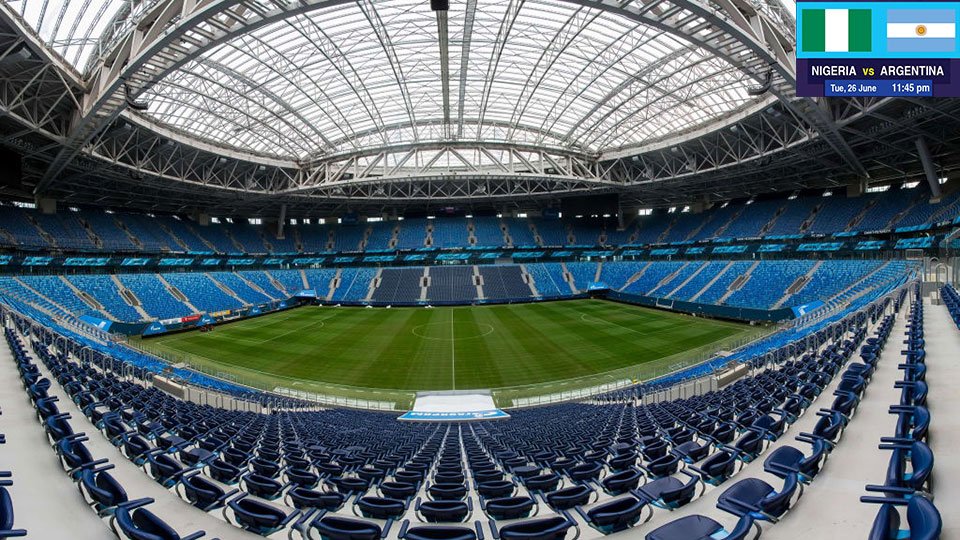 Argentina will be firmly hoping history is on their side in Saint Petersburg on Tuesday. Having been backed into a corner after dropping points in their first two games, their FIFA World Cup record against Nigeria may be their last remaining crumb of comfort. This will be their fifth encounter, having won all four up to now.

Nigeria on the other hand will arrive intent on getting that persistent monkey off their back, as a win would guarantee their spot in the last 16 for a fourth time. They will be buoyed after seeing Croatia’s dominant display against the disjointed two-time winners, while having themselves seen off Iceland 2-0.

The fallout from Argentina’s defeat potentially promises plenty of changes to their line-up, while Ahmed Musa will be pushing for a starting berth after his two-goal showing against the debutants.

It will be interesting to see how this young Nigerian team handles their nerves in a game that Musa has described as “do-or-die”. The victory against Iceland has boosted confidence throughout the team, which now strongly believes it can advance. The only question is whether Gernot Rohr will opt to face the immense attacking quality of Argentina with a 4-2-3-1 or a 3-5-2 formation. - Annette Braun with Nigeria

Argentina largely has its future in their own hands, something that seemed unlikely after the painful defeat against Croatia. A heavy win should be enough, though they will still need Croatia to play their part. The biggest challenge for La Albiceleste will be building the momentum, both in football terms and mentally, in order to compete with a very dangerous Nigerian team. Jorge Sampaoli looks set to change system and a few names again, searching for the formula to get the necessary win. - Diego Zandrino with Argentina

Of all four wins Argentina have achieved over the Super Eagles so far, not one has been won by more than a single goal, and Nigeria haven’t taken the lead since the eighth minute of their first meeting in 1994. 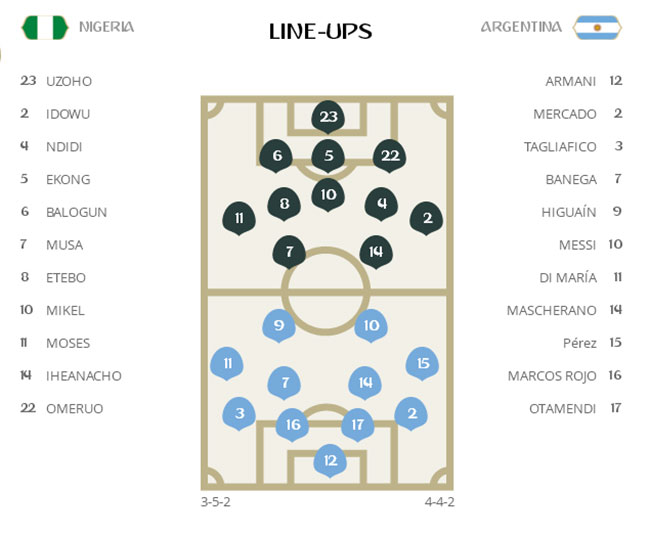