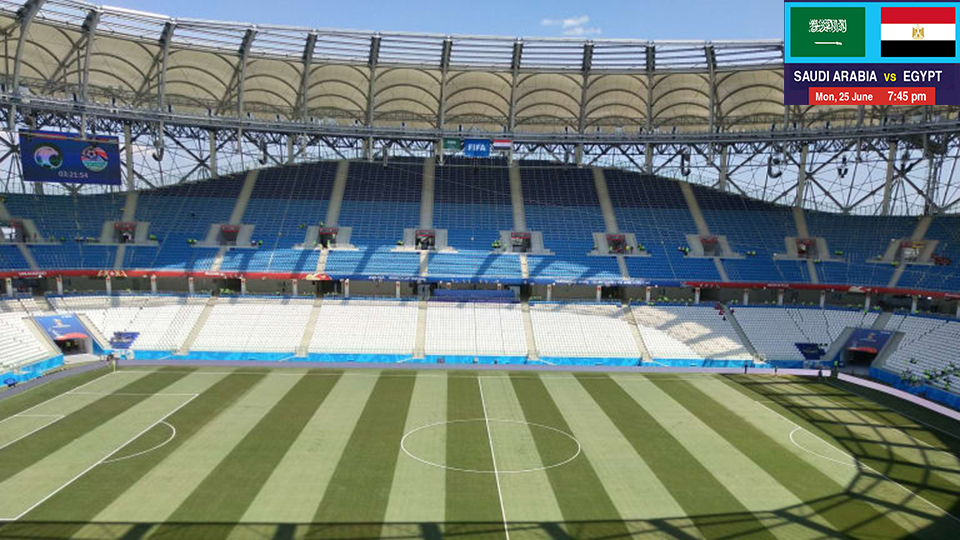 Although neither of Saudi Arabia or Egypt can now make it to the Round of 16 at the 2018 FIFA World Cup Russia, fans can nevertheless expect a competitive contest between the two. Both want to end their campaigns on a positive note and make up for their disappointing results in the first two games.

Both teams’ motivation going into this fixture is completely understandable: the Saudis are desperate to avoid finishing in last place in the group at the World Cup for the fourth time, while victory for the Pharaohs would be their first-ever win at the tournamentfollowing largely unsuccessful appearances in 1934 and 1990.

There is another reason to watch the contest at the Volgograd Arena: should legendary Egyptian goalkeeper Essam El-Hadary feature at any point in the match, he will become the oldest player in World Cup history at 45 years and 161 days old.

Team reporter analysis
Juan Antonio Pizzi’s team are far from in perfect condition ahead of this match. Several important players are in doubt, including three starting defenders who may miss the game through injury: Ali Al-Bulaihi, Omar Hawsawi and Mansoor Al-Harbi. Yet despite these selection issues, Saudi Arabia intend on finishing the tournament with a win. - Abdullah Alghazal with Saudi Arabia

Even though qualification from the group is now an impossibility, the upcoming game still has huge significance for both teams, especially Egypt. Hector Cuper’s side wish to restore confidence in their ability and give their fans something to cheer about, as they have never previously won at the FIFA World Cup. Moreover, Saudi Arabia versus Egypt is an all-Arab encounter, which is taking place at the tournament for the first time. - Belal Mostafa with Egypt

Did you know?
Egypt's last two World Cup goals have come from penalties, including their only goal at the 2018 edition by Mohamed Salah in the 3-1 defeat against hosts Russia. Their last goal from open play was netted by Abdulrahman Fawzi in the 4-2 defeat against Hungary on 27 May 1934. 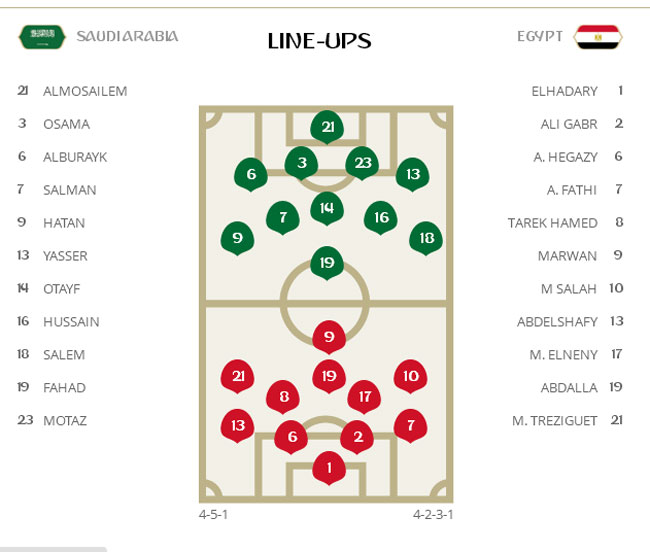 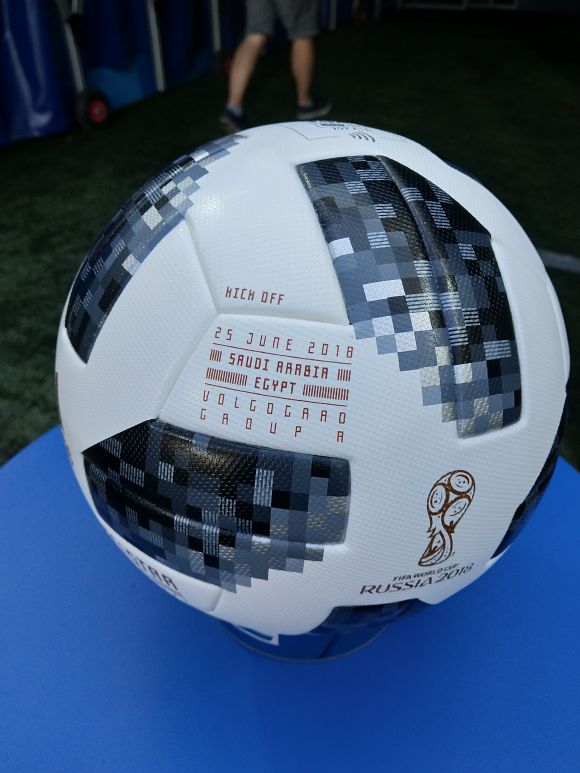