Why youths scramble for jobs in South Korea 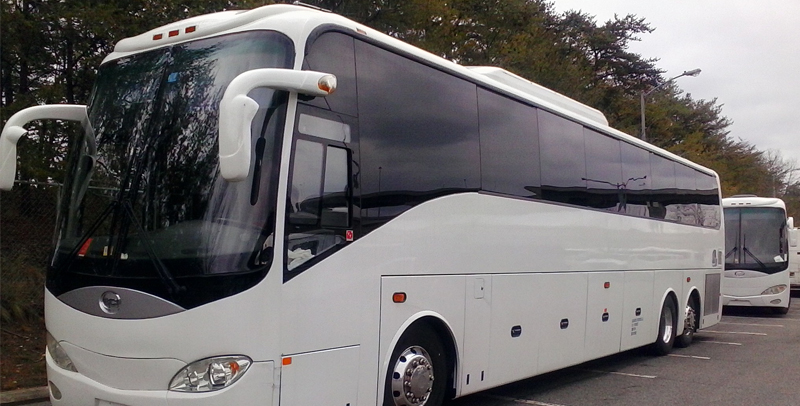 KATHMANDU, May 4: Ever since the South Korean government introduced the Employment Permit System (EPS) for Nepali workers in 2008, thousands of Nepali youth have tried their luck. More than 33,000 Nepalis have worked or are working in South Korea so far, and thousands more have tried and failed.

The Korean work permit allows one to work for five years initially. Applicants choose between the manufacturing and agriculture/livelihood sectors. Each year when the application form for EPS opens, thousands of hopefuls queue up braving dust, heat, and rain.

As a matter of fact, I never intended to go abroad but circumstances are such that I feel like I have to try my luck. I'm currently pursuing my MBS degree from Tribhuvan University and also working in a private firm. However, the pay is just enough to make ends meet. Getting a good job in Nepal is very tough as you need to be connected and know all the right people. There's also no job security here. I tried for a banking job and even sat for the Public Service Commission exam but I didn't get through. I know a few people who are working in South Korea and they all say it's a good place to work. My own brother went there last year. It also struck me that the level of education hardly makes a difference in Nepal. You spend so much time and money to earn a degree and no one can guarantee you a decent job. In South Korea, on the other hand, there is opportunity to earn equally regardless of one's level of education.

I have two friends working in South Korea who tell me that work is hard but the pay is great. They say that jobs in manufacturing are easier than those in agriculture sector so I opted for the former when I filled the form on April 30. Even if the work turns out to be difficult, I'm basically a village boy and I'm prepared to work hard. I do not see how I will manage to carve a good living if I stay here. I'm doing my BBS from Shankar Dev Campus but there's no guarantee that I will get a good job here. There's too much competition in the Public Service Commission exams which killed my enthusiasm to even try for it. Right now, I'm taking Korean language classes which is not easy for me. I don't know how well I will do in the exam. I think the likelihood of me getting through the EPS is only about 40%. My third year exams are also nearing, so I have a lot on my plate right now.

There's only so much money one can earn doing small jobs here. I stitch clothes but the money I make from it is hardly enough to take care of myself and my son. I had prepared to sit for the language exam a couple of years ago but that year, there was no exam and no forms. My husband works abroad but he doesn't earn well. So even though he was not very supportive of my decision, I felt it was a necessity and went ahead. This year, my cousin brother who works in Korea told me there was going to be a bigger quota for Nepali workers and that's why I started going for language classes again. But there's been a problem and I wasn't able to submit my application. I had left my passport with a manpower company and they lost it. I've been running around trying to recover it but I don't know what will happen in the end. I was dreaming of earning a good income for my family and it looks like it will just be a dream. But I will continue taking the language classes as it will help me if I decide to sit for the exam next year.

I wasn't doing anything at all for the past three years. I didn't want to continue my studies after I completed my high school and I wasn't working, either. So that's why I decided to try my luck for jobs in South Korea. I chose Korea because of the good salary for workers. There's also security in the knowledge that jobs are guaranteed for five years. If we can work, we get paid. Jobs in agriculture are easier, I hear, and I picked that when I was filling the form. My family is supportive of my decision. I also have two cousin sisters who are married and living in Korea so that gives me some moral support even though I will be away from home. Korean language is fun and I'm doing well in my language classes but I know that it's a very competitive exam.

I think the attraction of Korean jobs for Nepali youth lies in the fact that we want to earn a lot of money within a short span of time. Also, I hear that we get paid according to the effort we put in. This is completely opposite of the situation in Gulf countries where people are made to work so hard for so little money. I got through the Test Proficiency in Korean (TOPIK) language last year and I'm waiting to see if I get an offer this year. I want to work in the manufacturing sector because I've heard that agriculture jobs don't give pay for overtime work. Actually, I had passed the exam in 2013 but I didn't receive the labor contract. Then I started teaching the Korean language in 2014. Now I take classes for almost 12 hours. If I don't get my labor contract this year, I will probably think about continuing teaching as it's quite lucrative, too.