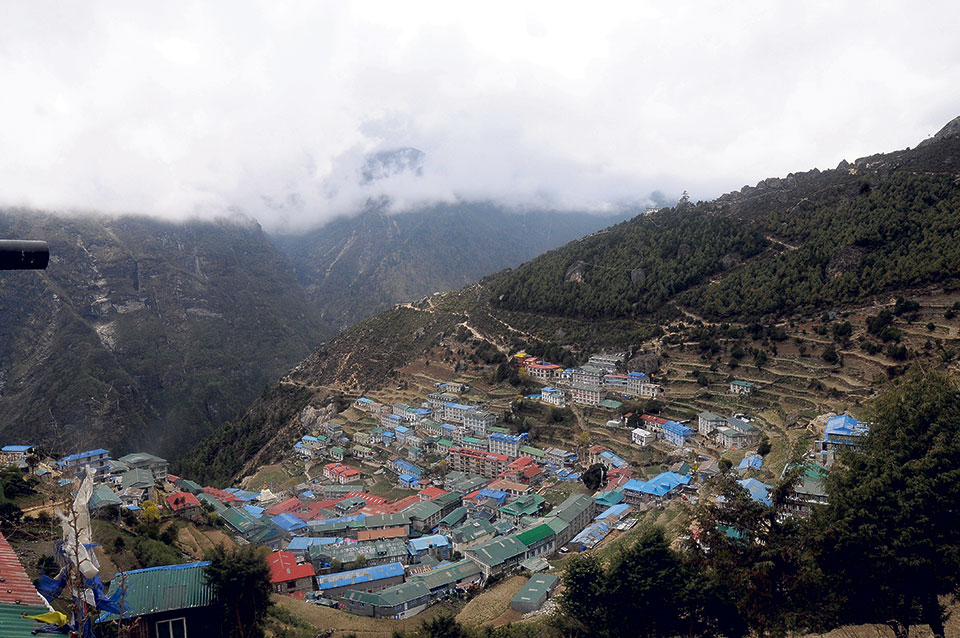 I had always dreamt of going on a trek to the Everest Base Camp (EBC) so when I got an opportunity to cover the Everest Marathon recently I took it up without giving it a second thought. And I’m glad I did because the EBC trek is the ultimate trek one can go on. It’s filled with challenges, many of which make you want to turn back halfway through, but when you see the view from Kala Patthar, that is, at most, two hours away from Gorakshep, the final rest point before you reach EBC, everything else just fades away, even the throbbing pains and aches.

On the day I was supposed to fly from Kathmandu to Lukla, I spent eight hours waiting at the airport for the weather to clear at Lukla only to be told that the flight was canceled. Then, on the next day, I thought I would finally reach Lukla when I was able to board the plane but, unfortunately, we couldn’t land when we reached there because of bad weather (yes, again!) and had to return to Kathmandu. I finally made it on day three but since I was already two days behind the team that had left for the Everest Marathon, I risked not catching up with them and thus losing out on getting a porter. Fearing I would have to carry my luggage all by myself, I walked as fast as I could and made it to Namche from Lukla in a day.

The good thing about the trek was that I didn’t suffer from altitude sickness. And the fact that there were super strong porters who could actually carry you on their backs and make the required descent should you suffer from it was also comforting. The whole trek took us 15 days but I confess I wouldn’t have been able to complete it had the porters not been ferrying my things. The EBC trek isn’t an easy one. The paths are perilous and as you go higher you have to spend a lot of money for even the most basic of facilities. A plate of rice, lentils, and vegetables will cost you Rs 700 and if you have to recharge your phone, you will have to shell out Rs 500. At times, you will not be able to enjoy the view, even when you can literally reach out and touch the mountains, because you are that tired and just want to rest. But EBC is a trek of a lifetime because a) you get to see Mount Everest up close and b) you will come back with everlasting memories.

For Scott Doolan, a paraplegic athlete from Australia, it’s the mind, not the body, that limits you. “It’s all in... Read More...

Lalitpur DAO suspends all but essential services
2 hours ago
Residents can install EVs charging units for their personal use: NEA
49 minutes ago