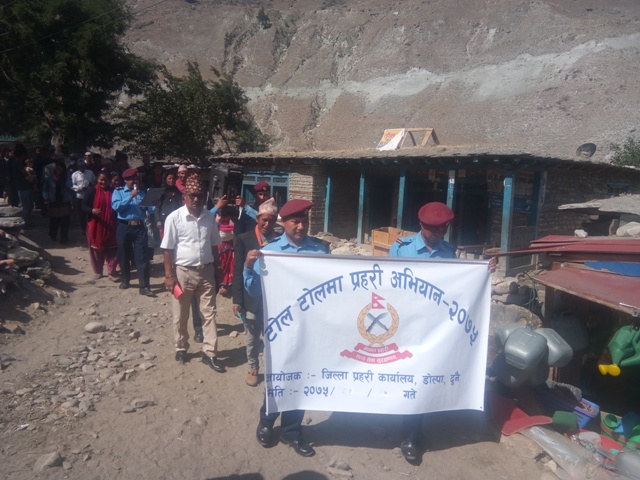 DOLPA, June 21: Nepal Police has started door to door campaign to improve the relationship with locals at Tripurakot of Tripurasundari municipality-1 of the district.

Realizing locals as the first base of community security and to eradicate criminal activities, Nepal Police aimed at reaching locals.With the motto of creating crime free society and a development of legal state, Nepal Police initiated the door to door campaign.

With the initiation of the Police office located at Tripurasundari municipality-1, locals and Police officials jointly involved themselves at the rally.

According to Romharsh Sijwal, Deputy Superintendent of Police, Incharge of Police Office Tripurakot, 'In order to create an easy environment between locals and Police, we initiated the door to door campaign.'

Under the chairmanship of Ward chair Karma Singh Thapa and Police Office, Tripurakot, media persons and representatives from the civil societies were also involved in the rally. 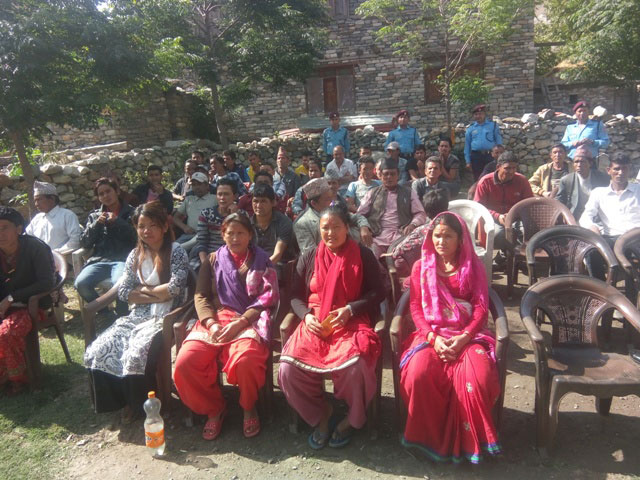