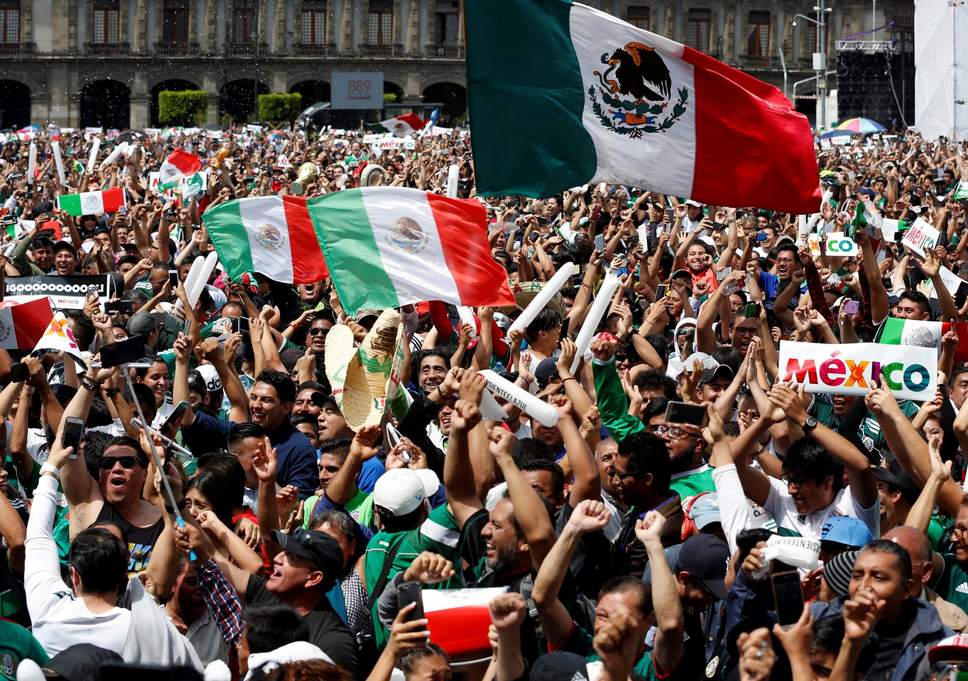 Mexican fans were a bit excited Sunday when their national team beat defending champ Germany 1-0. How excited? So excited that apparently the whole country jumped at once, and seismic sensors in Mexico City detected a small earthquake.

In a tweet, the Institute of Geologic and Atmospheric Investigations in Mexico noted that at least two sensors registered the quake, and that it was caused artificially, "possibly by massive jumps" when Mexico's Hirving Lozano scored the match's only goal.

(Translated version: The #sismo detected in Mexico City originated artificially. Possibly by massive jumps during the Goal of the selection of # Mexico in the world. At least two sensors inside the City detected it at 11:32.)

Some seemed to disbelieve the event, with many asking why no magnitude was given in the tweet, as is usually listed with earthquakes. Institute director Carlos Del Ángel told BuzzFeed News the event was similar to a magnitude 3 earthquake.

On its blog, the institute noted that the event would have gone unnoticed by regular people, even though seismic monitors still spotted it.

"We know that in various parts of the city where there were more people and when all the people jumped into the air at the same time in celebration, we were able to pick that movement up using several monitors that we have in Mexico City," Del Ángel told BuzzFeed.

The jumping wasn't all Mexican fans did after the win.

Minister Jhankri stresses on the need to pass on skills, knowledge
21 hours ago

Worldwide screening of '14 Peaks, Nothing Is Impossible' based on Nirmal Purja's biography
35 minutes ago