The author is a consultant at National Institute of Public Finance and Policy, New Delhi
news@myrepublica.com

The main role of National Natural Resource and Fiscal Commission (NNRFC), the new agency set up under Article 250 of the new constitution, is to advise the government on revenue and grant distribution to the local levels and provinces. Primary objective of such commission around the globe has been addressing the twin imbalances—horizontal and vertical. This commission is first of its kind in Nepal and will face acid test for keeping the spirit of decentralization by devising the scientific formula for revenue sharing and recommending the criteria for the disbursement of various grants to be provided to the state and local level.

The transfer of resources from the centre is controversial issue in fiscal federalism, particularly revenue-raising and sharing. Majority of experts advocate augmenting the fiscal autonomy for the sub-national governments through the increase in un-tied transfer from the centre. The recent increase in un-tied transfers from 32 percent to 42 percent by 14th finance commission of India is celebrated widely despite critics arguing that it promotes ‘absorptive capacity’ of the state as the performance of few states has not been satisfactory till date. Moreover, the recent debate over the use of 2011 population census has got major attention from the policy makers in India for sharing the revenue among the states. Even though 15th commission has been formed in India in the recent times, the issue on vertical (centre to state) and horizontal devolution (state to state) has always been debatable.

The NNRFC Act has already stated the proportion at which the royalty from natural resources and revenue between the centre and its subnational governments are distributed.  Out of amount credited to Federal Divisible Fund which comprises the Value Added Tax (VAT) and excise duty collected from domestic products, 70 percent will be distributed to federal government, 15 percent to the state and remaining 15 percent to the local level. Similarly, 50 percent is accredited to the central government and the rest 50 percent percent is divided between concerned state and local level as far as royalty is concerned. Given that, Fiscal Commission has nothing much to say in vertical devolution of revenue pool. So horizontal devolution and  distribution of resources among the states is going to be the major concern for Nepal’s fiscal commission.

The commission has to devise a formula based on the criteria prescribed in the Act which is not the case in most countries. As per the Act, demographic details, area, Human Development Index (HDI), the necessity of expenditures, efforts made to collect revenue, level of infrastructure development and other special conditions are considered as criteria for determining the revenue-sharing formula.

First, the major challenge for the commission will be assessing the updated data, if not at all the data, for specific indicators at province and local level. Further, the commission has to gauge the fiscal scenario through the report prepared in a hasty manner by the sub-national government because the federal government is planning to issue transfers prescribed by the commission this fiscal year. Lack of time for the visit to provinces in evaluating the ground reality will add to the complication. So, there is a risk of misrepresentation of current scenario as the availability of 2011 data will form the basis for estimating majority of indicators. The year 2011 reflects the immediate impact of a decade-long civil conflict in Nepal. The 2015 earthquake might have altered the scenario at the local level.

The chairman and members of this constitutional body are yet to be appointed which further hinders the working capacity of the commission.

There is another pressing issue. Population, size of the area, HDI index and low development indicators have been made major criteria for revenue distribution with 70 percent weight given to population. This might become the subject of debate in the days to come.

Population became the subject of debate among policymakers in India while assigning Terms of Reference (ToR) for 15th finance commission. Higher weightage to the population will possibly become the contentious issue in Nepal if the commission goes as per the existing plan.

Since the budgetary equalization grant has already considered the gap between the need for expenses and revenue generation, assigning much higher weightage in revenue-sharing may restore the existing inter-regional inequality. It is highly likely that the existing backward provinces will end up getting less resource for uplifting their status. In the long run, it will abet horizontal inequity.

Lower weightage to other indicators such as HDI may fail to assess the resources needed for the subnational governments. Area-wise proportion doesn’t compensate well to Province 6 and 7 because Province 1 and 3 still hold significant proportion (see figure 1). Besides, less variation in HDI fails to reward the provinces (see figure 2). Thus, it is highly likely that fewer states will be blessed with higher revenue transfers which might deepen horizontal inequality. Province 6 and 7 are least developed states and expect the greater support from the federal government.

It is true that states with larger population need to deliver more services than others, but this shouldn’t hinder enhancement of backward state. Meanwhile, providing services in the backward state might be costlier due to low level of infrastructure development.

Thus assigning 70 percent weightage to population factor might mislead the commission in assessing fiscal needs of the provinces as the provinces with a lower share of the population have the low level of infrastructure and fewer income-generating activities compared to provinces with higher population. The commission needs to relook at the size of weightage assigned to the factors considered. The formula devised must be representative, economically feasible and widely acceptable.

The author is a consultant at National Institute of Public Finance and Policy, New Delhi 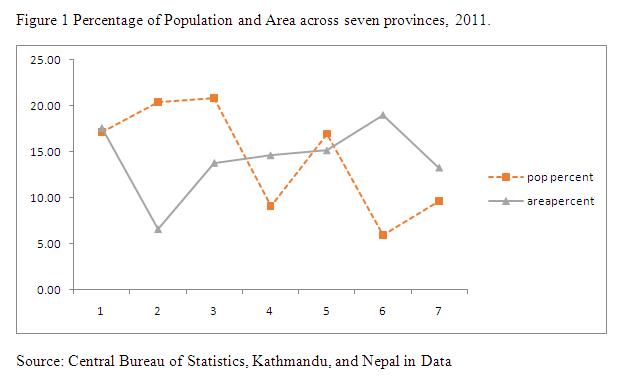 Football may not be Mark Zuckerberg’s strong point, but the Facebook founder has thrown down the gauntlet to Brazilian superstar... Read More...