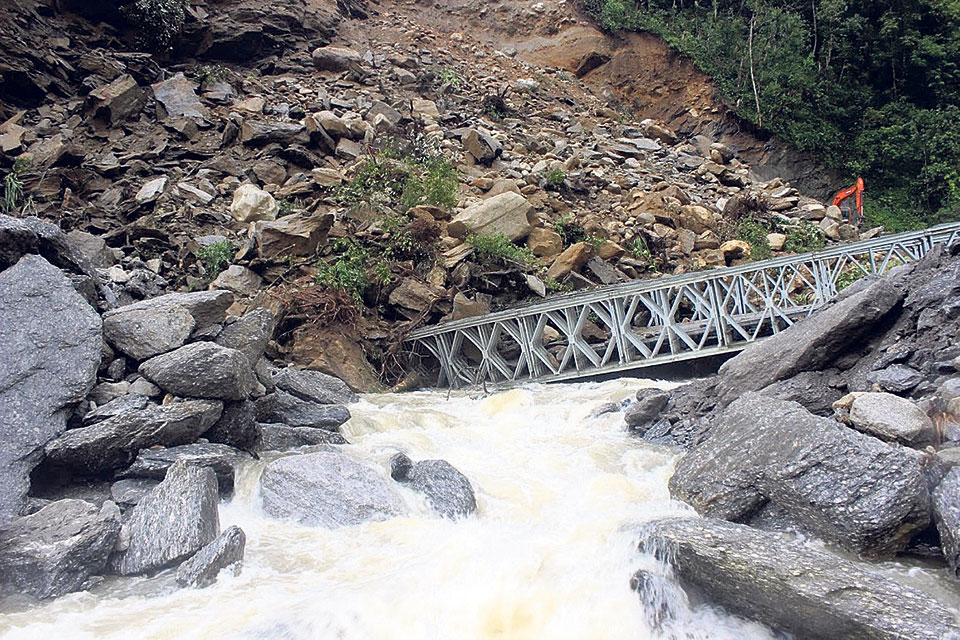 The site where huge mass of earth caved in on a tunnel of Arun III hydropower project on Friday. Photo: Republica

The mud mound caved in and swept away the workers along with a dozer at around 8:40 pm. The missing have been identified as Pradip Shahi, 32, of Siuna Rural Municipality, Kalikot; Prem Pariyar, 44, of Chandannath Municipality-1, Jumla; dozer operator Budhan Munda, 55, of  Jharkhand, India; and pump helper Nanda Kishor, 45, of Bihar.

It is thought that the missing are trapped inside the 30 meter long tunnel and they must be alive because there is oxygen and  water . Three dozers are being used for the rescue work. But heavy rainfall is hampering the effort.

Security personnel including some 15 from the Nepal Army  Barahadal Battalion, 10 from the Armed Police Force  Manebhanjyang Base Camp, six from the district police office, 17 from Bhimkali Battalion, Hedangnagadhi and 20 police  deployed at the tunnel are involved in the rescue work.