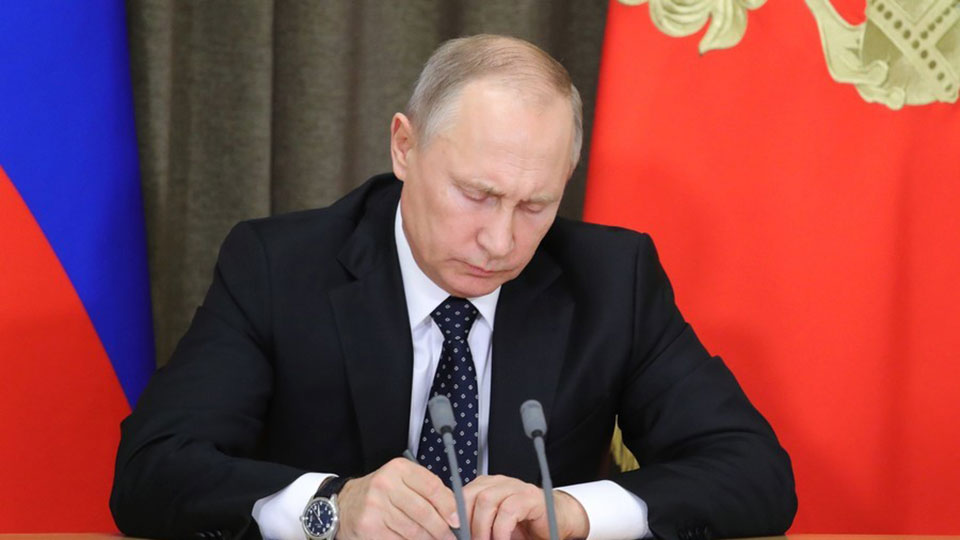 KATHMANDU June 7:  On June 4, Russian President Vladimir Putin has signed a bill on counter measures against the US and its allies.

The counter-sanctions come as a response to the latest US sanctions imposed on Russia in April. The bill was passed by the Russian Lower House in May. The goal of the legislation is to defend Russia's sovereignty from "unfriendly actions" by Washington and other foreign states that have imposed political and economic sanctions on Moscow, Sputink reported, Russia’s national news agency.

The legislation applies to any state or person demonstrating "hostile actions" against Russia. RT cites the legislation allows Russian authority to halt international cooperation with foreign states, and to impose import and export restrictions. However, the countersanctions do not apply to imported essential items, for which no similar replacements are found in Russia or other countries.

The legislation aimed at securing Russia's "economic interest and security" was drafted by State Duma Speaker Vyacheslav Volodin and the heads of all four caucuses in mid-April and approved by Russian law makers by the end of May.

On April 6, the US treasury unveiled the new US sanctions on 24 Russians, 14 corporations, high profile politicians, lawmakers, and government officials over a range of activities including the alleged meddling in the 2016 US elections and other maligned activities around the globe including the Skripal poisoning. Companies like Gazprom, Buriene and Renovo have also been added to the sanctions list.

Moscow has already banned the food imports from Western countries in 2014 as retaliation measure against US led sanctions over Crimea unification.

GENEVA, Dec 14: The U.N. Syria envoy has called on Russian President Vladimir Putin to “have the courage” to push... Read More...