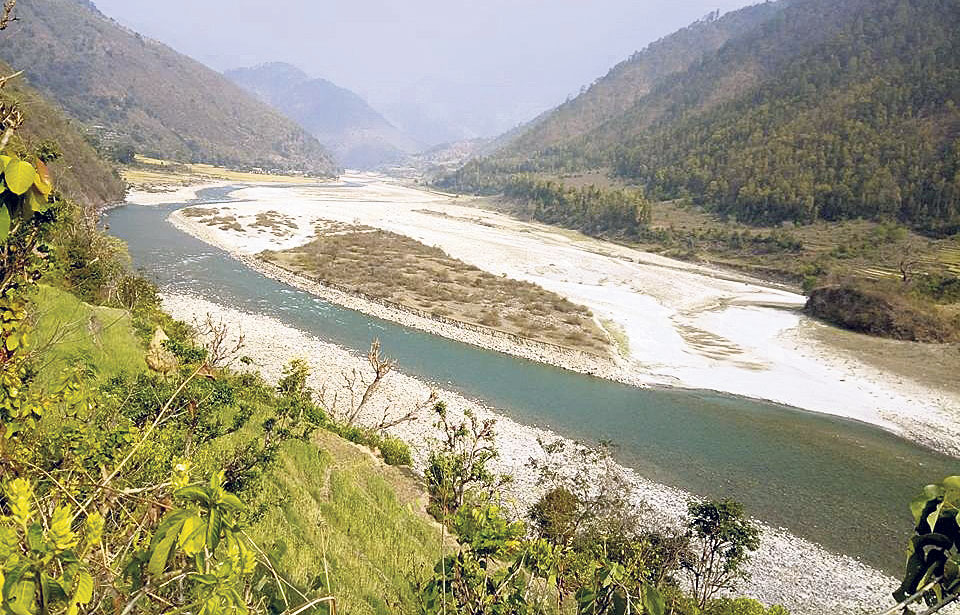 KATHMANDU, June 7: Investment Board Nepal (IBN) has said that it was holding deliberations with China Three Gorges Corporation (CTGC) regarding the financial viability of the West Seti Hydropower Project (750 MW).

Issuing a statement on Wednesday, IBN said that a study committee, formed by its 29th Board Meeting chaired by Prime Minister Khadga Prasad Oli as per CTCG’s request for some clarity on financial viability of the project, has already submitted its report and that the report is under consideration. “No decision has been taken on the matter,” IBN said in the statement.

The statement came as a response to the government’s announcement to build the reservoir project by mobilizing internal resources. It hints that two government bodies -- Ministry of Finance and IBN -- are at the loggerheads over development of West Seti which is viewed as one of the lucrative projects for the country.

IBN CEO Maha Prasad Adhikari, however, denied any conflict between the two government agencies. “We only wanted to share facts about the project. The matters included in budget speech is a policy issue,” he said, adding that IBN was for taking deliberations with the Chinese company to a logical conclusion before making further decision about the project.

In a recent interview, Minister for Energy Barsha Man Pun stated that discussions to built West Seti jointly with TGIC were underway.

Talking to media persons after tabling the budget in the parliament last week, Minister for Finance Minster Yuba Raj Khatiwada said the government had put the ready to implement project in its priority and will begin construction soon.

Responding to a question why the government has changed its stand on the project which is under discussion with the Chinese developer, Khatiwada indicated that government has picked West Seti project as an alternative to Budhigandaki Hydropower Project (1,200 MW).

The erstwhile government led by Sher Bahadur Deuba had terminated the contract to award Budhigandaki to a Chinese company and decided to develop the project on its own.

“We won’t be throwing ball at each other like in tennis regarding this project (Budhigandaki) anymore,” Khatiwada had said, indicating that the government has changed its mind about developing the project which is said to be crucial for the country’s energy security.

This shows that the Oli government has changed its opinion on the project despite his commitment to re-award the project to China Gezhouba Group Corporation (CGGC).

Earlier, former Prime Minister Pushpa Kamal Dahal, whose party has now merged with CPN-UML to form Nepal Communist Party (NCP), had Budhigandaki to the Chinese company in haste. Te decision had drawn flak from all quarters.

The budget for FY2018/19 has allocated over Rs 17 billion to Budhigandaki project. The amount will be used to provide compensation for land to be acquired by the project.

KATHMANDU, March 10: Investment Board Nepal (IBN) has formed a seven-member panel to study and recommend measures to sort out the... Read More...

1,535 new cases of COVID-19 detected in Kathmandu Valley in past 24 hours
10 hours ago
Ex-minister Sharma catches COVID-19
15 hours ago