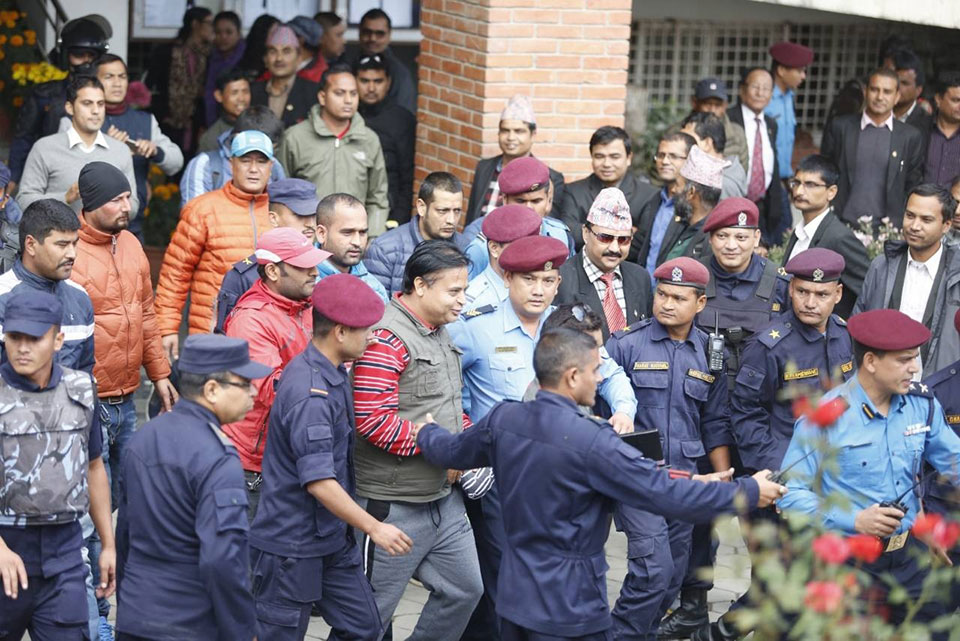 KATHMANDU, May 28: Amid protest from the public and various human rights organizations, murder-convict Bal Krishna Dhungel has been granted amnesty. Upon the recommendation from the government, President Bidya Devi Bhandari has granted amnesty to 816 jailbirds including Dhungel marking the Republic Day.

Issuing a press statement later in the evening, on Monday, it has been mentioned that President Bhandari has granted amnesty to 816 prisoners serving their jail term in various prisons across the country according to the article 276 of Constitution of Nepal marking the 11th Republic Day.

The meeting of the cabinet recommended President to pardon 816 jailbirds. 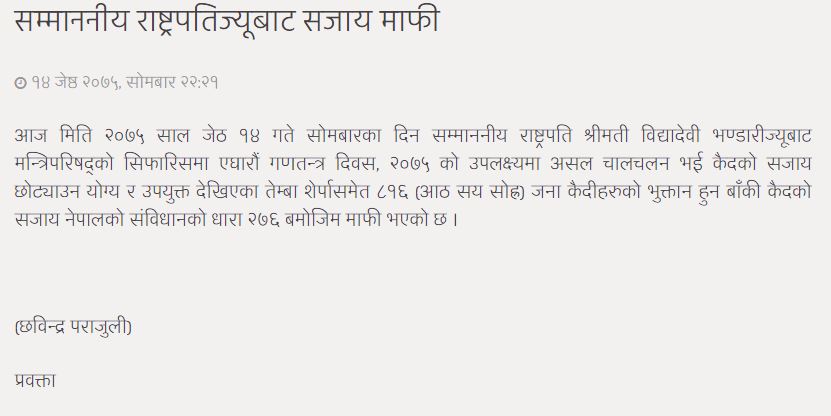 Corruption control is a challenge: PM
34 minutes ago