Local unit speeds up reconstruction of embankment destroyed by flood 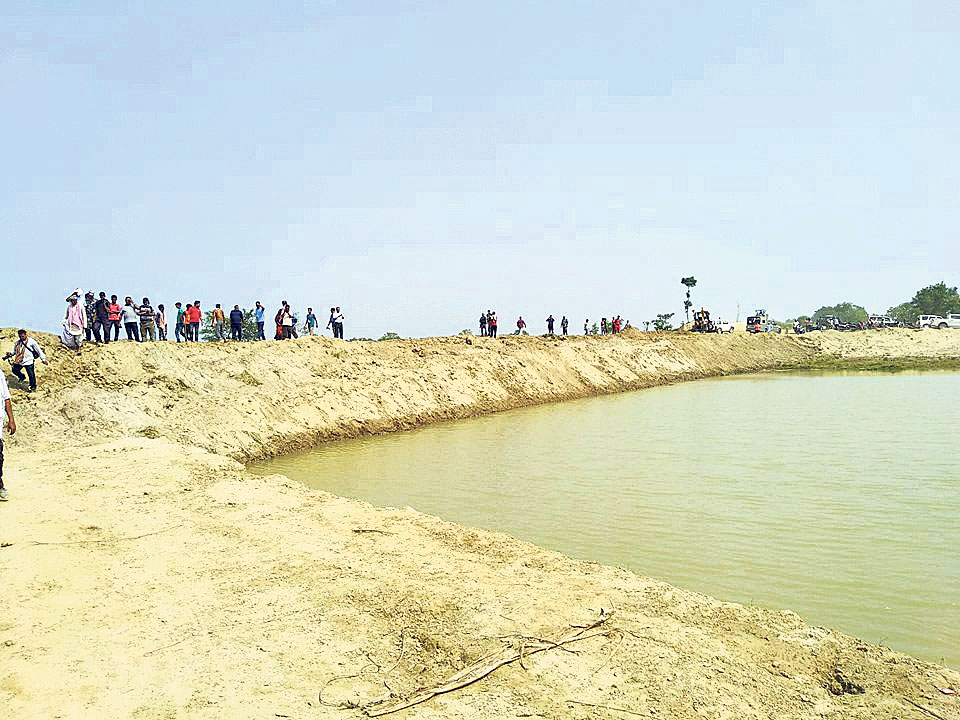 RAUTAHAT, May 29:As the monsoon is just around the corner, the embankment damaged by the ravaging flood originated from Lal Bakaiya River last August is finally being reconstructed. The flood had destroyed the structures in both sides of the river.

Ten months since the destruction, the local unit has finally started concentrating on rebuilding the damaged structures to mitigate the risk of flood during this monsoon. Government officials, people's representatives along with a team of technicians recently inspected the quality of the under-construction structures. After continuous request from the local unit, the Water Induced Disaster Prevention Division (WIDPD), Parwanipur finally started the repair and maintenance of the structures since last week.

With the objective of constructing sustainable structures, former Minister and parliamentarian Prabhu Sah; provincial assembly member Kundan Kushwaha; Chief District Officer Govinda Rijal; Chief of WIDPD, Raj Kumar Gupta; engineer of Road Division Office, Chandrapur, Shyam Narayan Mishra among others made a field visit and directed the workers to concentrate on the quality of the structures.

During the discussion, parliamentarian Sah accused the government for not putting efforts for the risk mitigation despite being aware of the damage of property and losses of lives caused by last year's flood in Rautahat. Furthermore, CDO Rijal urged the responsible authorities to ask for enough budget if required to construct strong structures. He also informed that the chief of various government offices responsible for the construction will be under continuous inspection regarding the work.

Last year's flood had caused damage at 22 sections of the Lal Bakaiya embankment. "We have mobilized enough technical staff for the repair and reconstruction work but the budget seems a bit insufficient, so we are expecting some financial help from the local units," said Chief of WIDPD Gupta.

Caption: A team of people's representatives and government officials inspecting the embankment destroyed by the flood originated from Lal Bakaiya River last year.

Each local unit to have a commercial bank by mid-July

KATHMANDU, Dec 21: The government is preparing to assign senior most secretary of a village council or a municipal council that... Read More...