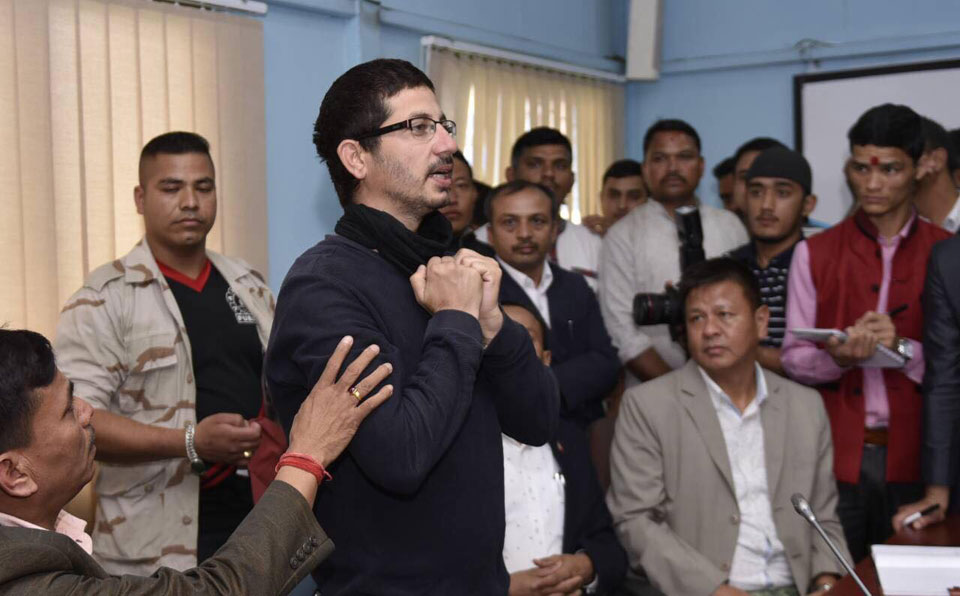 BIRATNAGAR, May 26: The Morang District Court has been recording the statement of Chudamadi Upreti (Gore), the main accused of the 33-kg gold smuggling scam and murderer of Sanam Shakya, for the last three days. The recording of Gore's statement has not been completed so far.

Acting registrar of the court, Kedar Paudel, informed Republica that Gore's statement recording process which commenced from Wednesday could not concludeon Friday.

“Since, Gore is the main accused of the gold smuggling and murder, he has to be interrogated in detail,” said Paudel, adding that the statement recording is likely to be completed on Sunday. So far, court officials have recorded a 27-page statement.

Court officials have been recording his statement in the presence of Judge Narayan Prasad Sharma, who is conducting the hearing over the infamous gold smuggling case.

Acting Registrar Paudel also said that the court has not published any detail of the statement because the recording is being conducted in a closed court room. He added that the so-called details of Gore's statement published by various media have caught the court's attention. “News by various media have drawn our attention,” he said, “The court is yet to publish any detail about the statement.”

Police on Thursday arrested Rewat Acharya, a gold businessman from Morang, in connection with the gold smuggling.  Acharya has also been accused of being involved in murdering Shakya.

Informed investigation officials said they are preparing to file a supplementary case against Acharya once the investigation is over.  As of now, police have arrested 34 individuals on the charges of smuggling gold and killing Shakya, one of the accused in the scam whereas 32 accused are still absconding. Among the arrestees, an accused has been released on general date while another one has been released on bail.

Life in Gulmi continues to be affected for seven days today

TAMGHAS (Gulmi), Dec 6: Life in Gulmi district continues to be crippled for the past seven consecutive days due to... Read More...