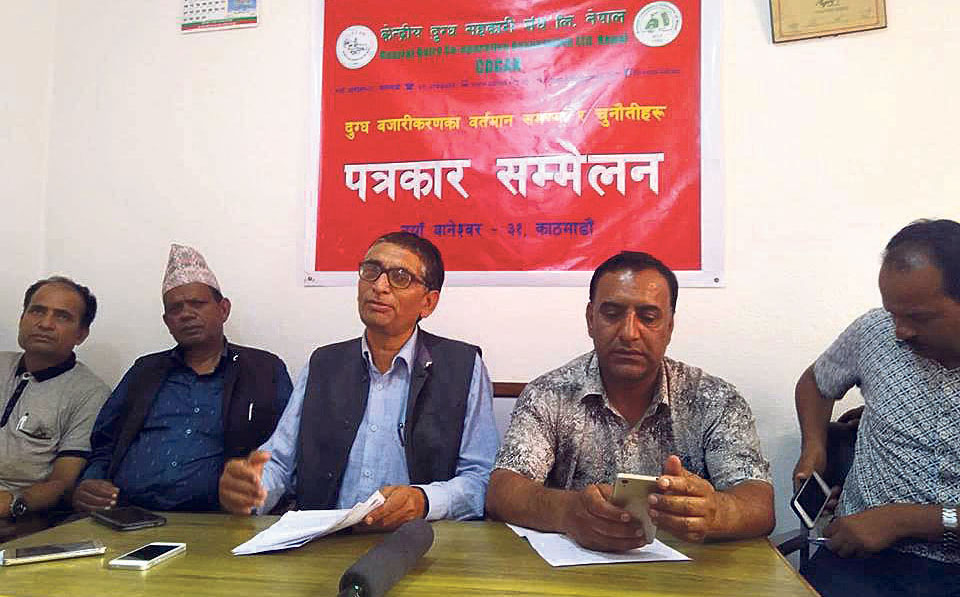 KATHMANDU, May 23: Dairy cooperatives in five districts have reduced milk collection from farmers, stating that dairy companies were not buying milk supplied by them.

Speaking at the press meet, Narayan Prashad Devkota, chairman of the association, said that they had to reduce collection as diary companies are not buying all the milk collected by them. “It will affect farmers because as much as 50,000 liters of milk will remain unsold in a day,” he added.

“We had to take the decision as milk collected from farmers remained unsold at our chilling centers,” Nir Kumar Padhan, a promoter of Siddha Bahadur Dairy Cooperatives Ltd, said in the press meet.

The cooperative has been collecting 3,000 liters of milk from farmers every day.

Milk holiday was last imposed in Fiscal Year 2009/10. It was first introduced in FY2000/01, stating that supply was much higher than demand in the market.

“Dairy companies are using powdered milk which is cheaper than fresh milk. It forced us to cut milk purchase from farmers,” Devkota said.

“Farmers are doing their bits to make the country self reliant on milk. However, the government is not doing

the needful for finding market to milk produced by farmers,” he said, adding that the government should compensate farmers for milk that

Omicron: A Concern for Unvaccinated Individuals
9 hours ago