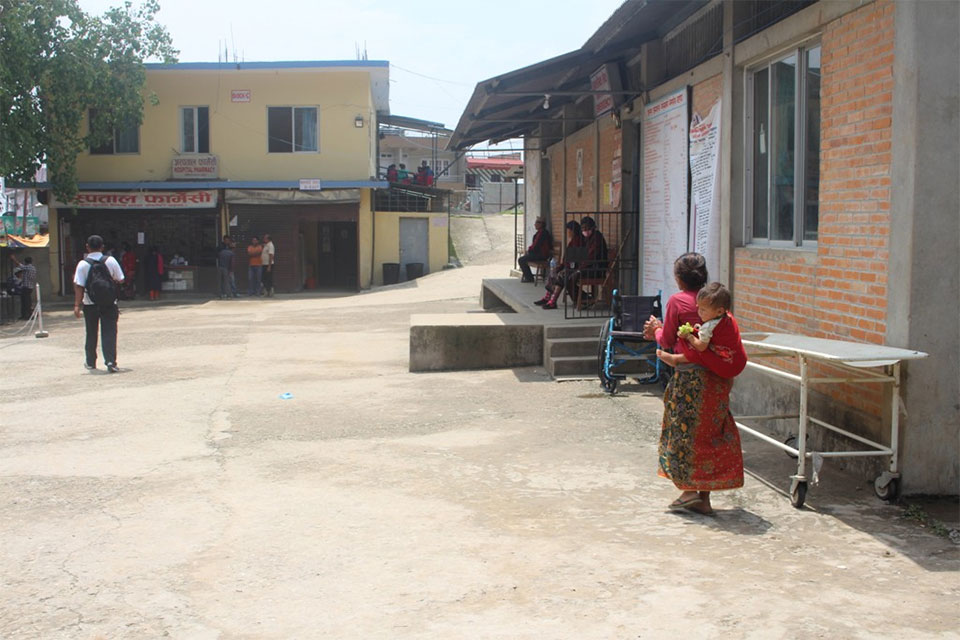 GORKHA, May 20: A radiologist and a surgeon are two of the many specialists that Gorkha Hospital, the biggest hospital of the district urgently needs to expand its health services. While the Ministry of Health had deployed doctors and specialists six years ago, the latter are yet to arrive, largely due to “geographical remoteness and small coverage area,” according to doctors at the hospital.

The hospital’s capacity was increased to 50 beds from 15 beds in 2069 BS has only eight doctors. Along with the increase of the hospital’s capacity, quota for seven specialists and thirteen doctors was allocated. “However, seats for specialists in child health, gynecology, orthopedics, radiology, pathology, mental health and a surgeon are still vacant,” said Hospital Chief Dr. Shreeram Tiwari.

As a result, while the hospital easily provides general health treatment, it is forced to refer patients seeking specialized treatments to other districts including Bharatpur, Pokhara and Kathmandu.

According to Krishna Dhakal, the hospital’s spokesperson, they urgently require a radiologist and a surgeon.  “Without a surgeon, we cannot perform operations that requires complete anesthesia.”

More than 120 patients visit the hospital for its services every day and around 70 births are recorded every month. Without a radiologist, an x-ray machine is lying useless and patients are forced to visit private hospitals of the district that charge exorbitant prices for its services.

ILAM, Feb 28: Since the last seven years, fifty-four-year-old Toran Kumari Chapagain of Deumai Municipality has been constantly searching for her... Read More...

Mayor Shah’s clarification to Bhim Rawal: I held meeting with US envoy after permission from foreign ministry
22 hours ago

20 ‘unlucky’ candidates who lost HoR election even after securing 30,000 plus votes
13 hours ago
Import of EVs crosses 1,000 units during mid-July to mid-November
14 hours ago

20 ‘unlucky’ candidates who lost HoR election even after securing 30,000 plus votes
13 hours ago
Import of EVs crosses 1,000 units during mid-July to mid-November
14 hours ago