Carving a life out of nothing 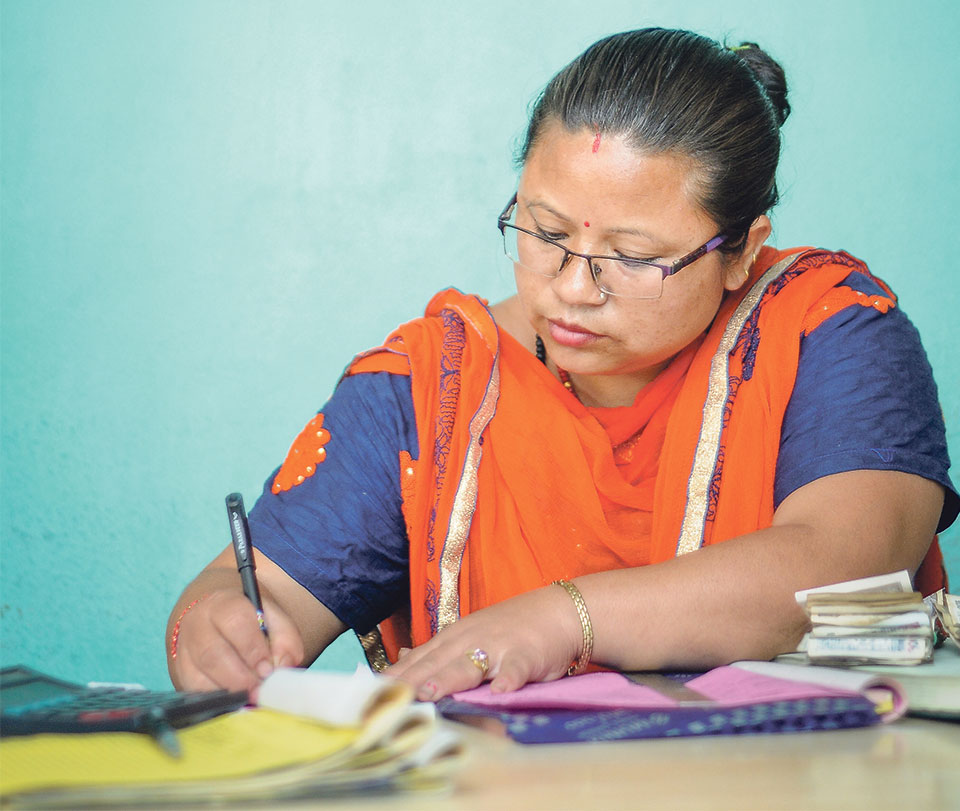 She worked at a junkyard, sorting recyclable scraps from waste, for 25 years. Today, she’s the manager and owner of the finance company, Samyukta Safai Jagaran. Maya Tamang says this wasn’t luck. It was the result of hard work, dedication, and a desire to do better in life. She believes opportunities don’t come knocking your way. You have to actively seek them out, and that’s what she did when she chanced upon an opportunity to run a finance company despite having no knowledge or the skills to do so.

Tamang was born to a poor family who lived in the slums and worked at various scrap recycling sites in Kathmandu. Every day her parents took her to work with them. “The workers at the landfill were paid on a daily basis depending on how much work they did. The pay was very less and we had to work extra if we wanted a proper meal in the evening,” she says, adding that she went to work with her parents while her brothers went to school.

“An international organization sent slum kids to school but being a daughter my parents didn’t think it was necessary for me to get an education,” explains Tamang adding that one day she simply followed her brothers to school, stood outside a classroom, and pleaded with the teacher to allow her in. After days, her persistence paid off and she was allowed to study there and she went on to pass her SLC exams from the same school.

“There was a teacher in my brother’s class who made fun of me. He believed being a girl I wouldn’t amount to much. I still remember the look of shock on his face when I showed him my SLC mark sheet,” she shares.

However, passing her SLC exams didn’t change her fate. She returned to the landfills as a fulltime worker since her family couldn’t afford to send her to college. Since Tamang had been helping her parents every morning and evening even when she had been in school, this didn’t dampen her spirits. Then she got married and, with her husband’s support, opened a small hotel near their house. She thought she had bid goodbye to the junkyard forever.

“But the income wasn’t good and there would be days when I’d make nothing so I had to return to the landfills once again,” says Tamang further explaining that her hotel became a side business where she would serve lunch and dinner but her main job was collecting scraps at the landfills. And, apparently, every time Tamang thought of trying something new and making a life away from the junkyard, that’s where she would eventually end up.

Things looked so bleak that when Prism, an organization working to reduce poverty among people working in solid waste management, came by for a visit, Tamang, who usually saw hope in the most hopeless of things, dismissed it as a scheme to fool poor people into helping them build their wealth. And none of the workers wanted to be a part of Prism’s training program either. However, when free health insurance and education services were made available, many had a change of heart and the workers went on to attend the seminars from the next two years.

“Numerous organizations, media houses, and government officers had made so many empty promises that we didn’t think this organization would be any different. But they actually kept their word,” she says adding that the training session taught them the importance of saving and also showed them ways in which they could use this money to make more money. They started with saving Rs 50 per day and, after six months, when the people could no longer trust one another to keep their money safe, they asked Prism to help them open a finance company to secure their money.

“The organization supported this idea and from legal procedures to handling the register copy, they additionally provided all the basic training required to run the company for an entire year,” says Tamang adding this was how Samyukta Safai Jagaran came into existence.

It’s not like it was all hunky-dory from then on. When Prism handed over the company to the people, the staff started quitting one after another. And many clients closed their accounts. The cooperative was in a total mess but Tamang saw the potential it had and, when coaxing and cajoling others to help her make it work didn’t pay off, she decided to take matters into her own hands.

“Everything was fine for the first two years when Prism provided salaries to the employees and looked over all the financial transactions. Till then, my only job had been to collect money and submit it all to the people in charge. Running it on my own would be difficult and I knew that,” explains Tamang adding she neither had the qualification nor the experience required to run a finance company. She even visited her former employers and requested them to teach her how to run it but they couldn’t help her either.

But Tamang wasn’t going to let that deter her. She simply took a bill voucher and spent two days figuring out how to fill it. She stopped going to the landfills, neglected her small hotel business and family, and spent every possible minute looking through the company’s reports and records. Finally, after months, she could at least prepare a monthly summary on her own. On top of that, she also took basic math lessons.

“My in-laws thought I was being irresponsible. I wasn’t giving my family as much time as I was supposed to. But I knew running the finance company was the only way I could change my life, and subsequently my family’s too,” she says adding that after years of hard work she is now able to handle all the issues of the company on her own.  The initial investment of Rs 5000 has soared to reach a total transaction of more than 82 hundred thousand rupees.

Currently, in addition to providing loans, the company also holds many awareness campaigns for the welfare of people working at the landfills and living in poverty. From piggy bank distribution programs to free health checkup camps, there’s a lot Tamang is doing to try and lift other people out of poverty. The company has received awards from various government bodies at ward and municipality level and some social organizations as well.

But the best part of all of this, says Tamang, is that her sons don’t have to hesitate to write their mother’s profession on their school’s official documents anymore. Her husband isn’t the sole breadwinner of the family. And her mother-in-law now owns an animal farm with the help of loans given by the finance company and brags about her daughter-in-law’s accomplishments.

“Many of my former coworkers from the junkyard have started new business ventures with the loans provided by my finance company. Others seem to be at least concerned about health issues and have started wearing masks and gloves while working,” says Tamang with a look of pride and content spreading across her face.

“I can’t explain how it feels. There was a time when my day started and ended with waste but not anymore,” she says before quickly adding that, now that she’s in a position to help, she wants to do all that she can to improve the lifestyles of those families who work at landfills like she once used to. 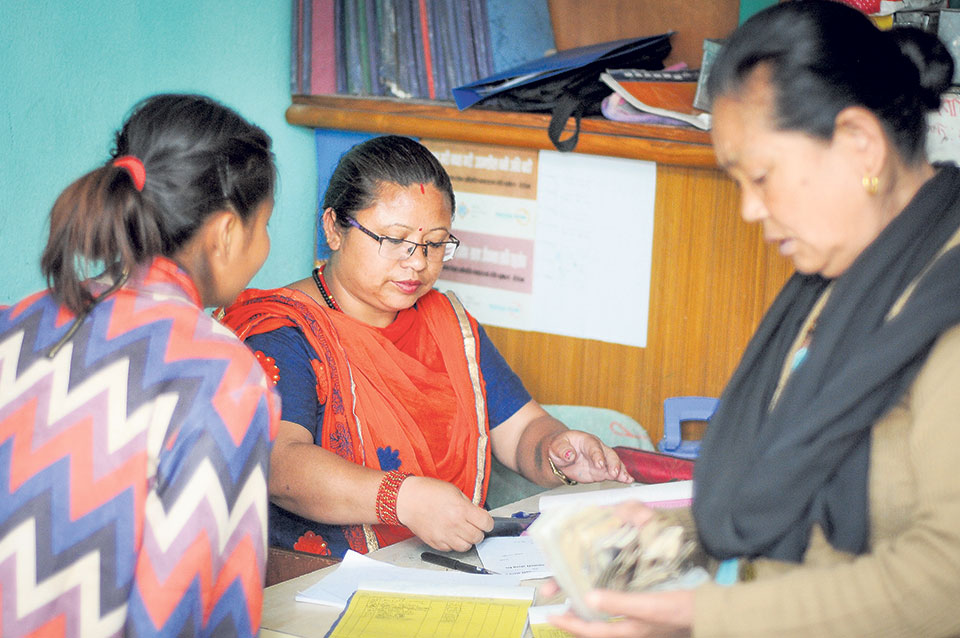 Three frames of life and death!

He was dead and gone and had become a dodo.  Death comes for everybody, and he was not an exception.... Read More...

Life still in process of returning to normal

TIKAPUR, August 23: Tuesday marks one year since the Tikapur incident in Kailali district, in which eight police personnel and... Read More...

Nepal's politics is in a serious and sensitive situation: NCP General Secy Chand
43 minutes ago