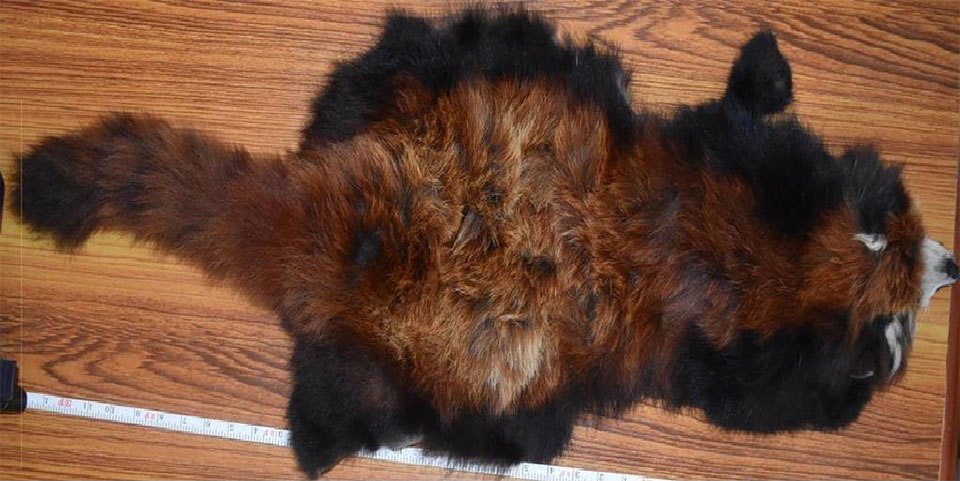 The data of District Forest Office, Kathmandu shows that such a number of people were punished for their involvement in the smugglings of 15 pieces of hide of this endangered wild animal.

Similarly, leopard is in the second position in terms of smuggling of its skin. In a period of one year, 24 people were punished for the crime, as stated by Office forest officer Rambabu Poudyal.

Illegal trading of Pangolin scale is also the choice of those wishing to accumulate black money. The data shows that nine people were punished for smuggling of pangolin scales weighing 177 kilograms.

Besides, 33 cases relating to smugglings of body parts of tiger, big cats, musk deer, blue bull, deer, bear and eagle are registered in the office in this period. In some cases, people are found involved in the crime due to greed for money and ignorance. Most of smuggled parts of wild animals from Nepal are traded to China, Malaysia, Japan, Europe and the United States of America via Kathmandu.

Police recover 7 kg of ‘smuggled’ gold from Kalanki, say hunt for main culprit is on

Govt forms panel to probe death of rhino
14 hours ago