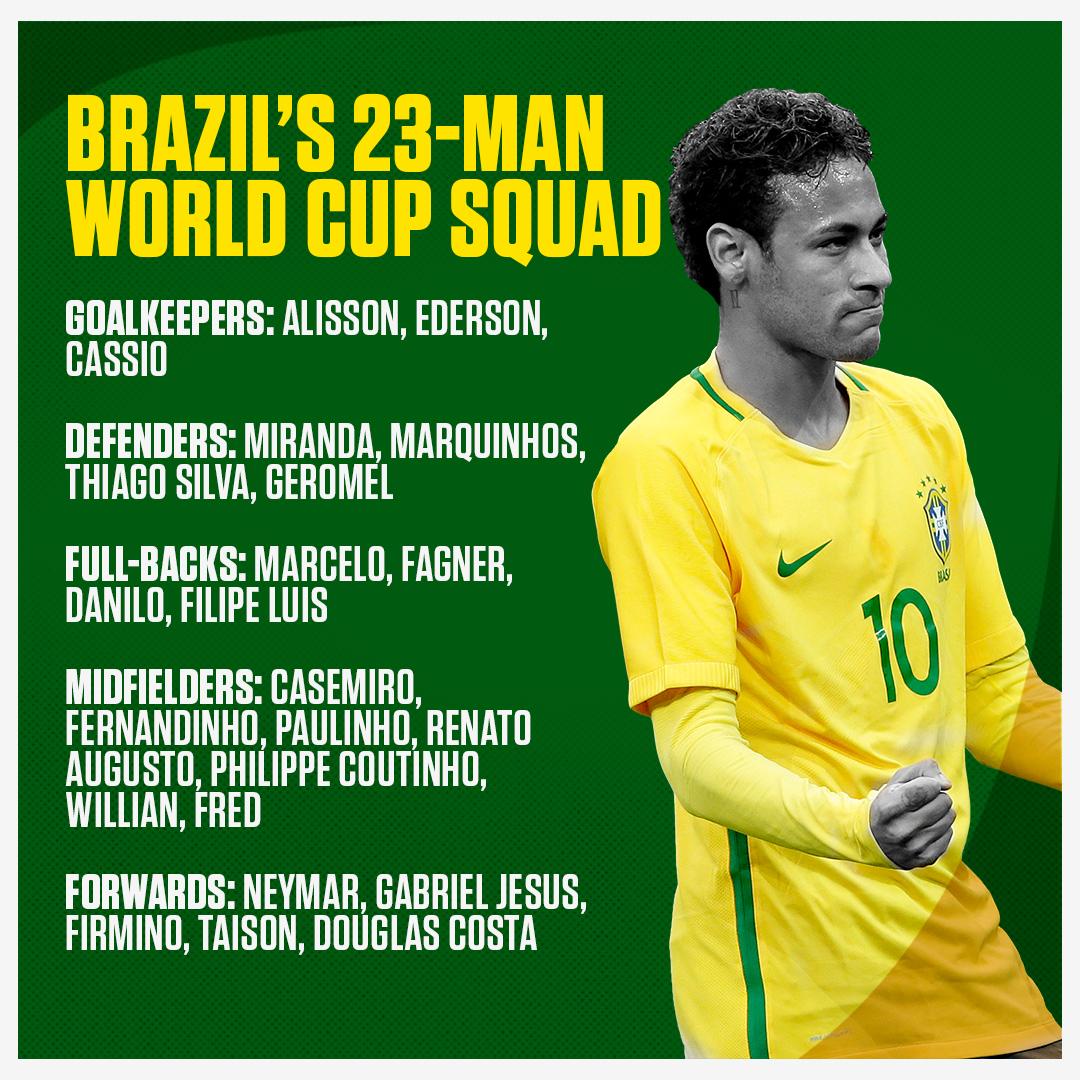 As ever, Brazil will be considered one of the favourites for the World Cup this summer, and coach Tite has certainly gone for an attacking 23-man squad.

The Selecao have won the World Cup five times in their history, and given the talent on show in the squad every four years, they are always in contention to add to their impressive haul.

This time round is no different, while they’ve also been given a major boost with the fact that Neymar has been included in the squad despite the fact that he was forced to undergo surgery on a foot injury in March, as per BBC Sport.

With 53 goals for his country and being considered one of the top players in the world, it will be a massive boost to coach Tite to have him at his disposal, albeit the hope will be that he can regain full fitness ahead of the tournament.

Meanwhile, there is a strong Man City presence in the squad, as seen below, with Ederson, Danilo, Fernandinho and Gabriel Jesus making the cut, while Chelsea’s Willian and Liverpool forward Roberto Firmino also get the nod.

Juventus left-back Alex Sandro might feel aggrieved not to have made it as he’s been a consistent performer for Serie A champions Juventus again this season, but there is no place for him this time round. Neither is there for Dani Alves after he was ruled out with an injury setback of his own last week.

It’s a talent-filled squad capable of winning the World Cup. Whether they can put it all together and go all the way is a different matter.

For now, Tite will be focused on ensuring that all of his players are fit and free of injury, as they prepare to face Costa Rica, Serbia and Switzerland in Group E with their first game taking place on June 17.

Aanchal Kunwar is new MD of Daraz
16 hours ago

Lalitpur DAO suspends all but essential services
13 hours ago
Residents can install EVs charging units for their personal use: NEA
12 hours ago

Govt awards construction contract of flyover in Gwarko, Lalitpur
40 minutes ago
Residents can install EVs charging units for their personal use: NEA
12 hours ago