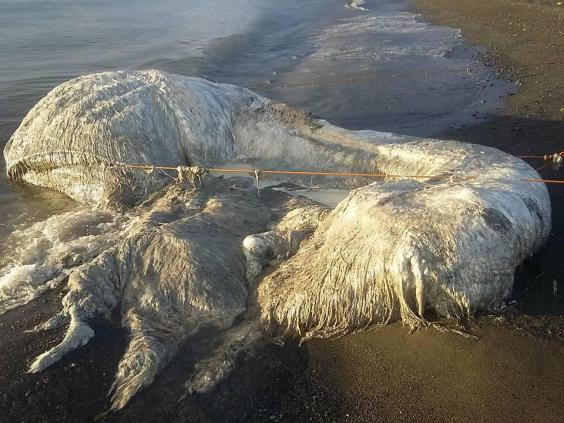 A mysterious “globster” has washed ashore in the Philippines, prompting speculation that it is the carcass of a creature “from the deepest parts of the ocean”.

Seemingly covered in hair, the six-metre-long object has baffled local residents, with some speculating it is a sign of “something bad coming”.

Local people flocked to the beach in the town of San Antonio, Oriental Mindoro province, when the greyish white blob washed ashore at 7pm on Friday. Many posed to take photos with the “creature”.

Though authorities suspect the carcass is simply the decomposed body of a whale, local people expressed their shock at the arrival of such an unusual object.

Resident Tam Maling said: ''An earthquake is heading for Oriental Mindoro. The big globster is a sign of something bad coming. Please pray for us.''

Vincent Dela Pena Badillo added: ''Many were alarmed including me when we learned the news about it.

“It has been told that when creatures from the deepest parts of the ocean start appearing, something bad will happen.''

Mother-of-two Imelda Mariz took her children to see the carcass, which they thought belonged to a “dead monster”.

“I couldn't believe what it was, I've never seen anything like it,” she said.

The object is not the first globster – a term used to describe an unidentified organic mass that washed up on a beach – to appear in the Philippines.

In February 2017 another mysterious “hairy” blob washed up on the shore of Dinagat Island, prompting speculation about its origins.

Thought to belong to either a sea cow or a whale, experts concluded that the “hairs” covering the mystery carcass’s body were in reality the muscle fibres of a body in the very advanced stages of decomposition.

Government workers from the Bureau of Fisheries and Aquatic Resources in the Mimapora Region have said they believe the new specimen could also be the carcass of a dead whale. They now intend to dispose of the remains.

''For now we can say its a whale, but the exact species is still unknown. The tissue samples are now sent to our lab for DNA analysis.

'The local government of Gloria will now bury the carcass. And damn it smells awful. It smells like something from another planet.

''I really experienced the full power of its smell because I’m the one who took the tissue samples. I almost puked. I felt better after taking a bath but the stench still lingers in my nose.''

Globsters have been found on beaches all over the world, with the term first used to describe an unidentified carcass that washed up in western Tasmania in 1960.

Though it is often difficult for observers to establish the provenance of these marine enigmas, scientific analysis has invariably revealed they belonged to known underwater creatures including sperm whales and basking sharks. 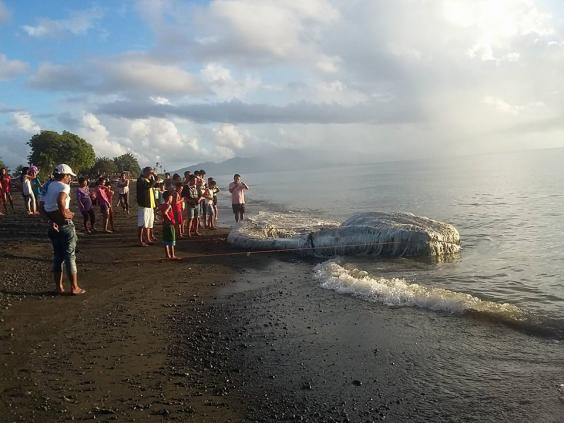 Where would you live if you could live anywhere in the world?

All of us know have this idea of a perfect place where we would like to live someday. For some,... Read More...

Sitting beside the dusty window in the rainy evening, I felt as if the stars were teasing me; as if... Read More...